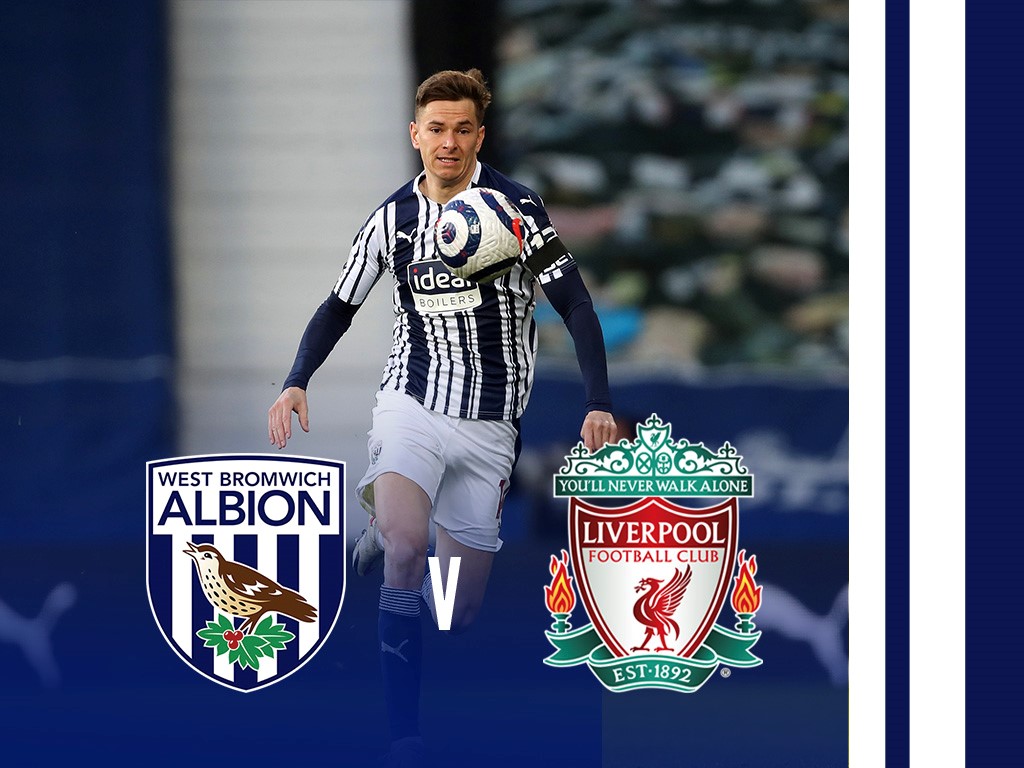 Albion are back in action against the 2019/20 Premier League champions Liverpool on Sunday afternoon at The Hawthorns (ko 4.30pm).

Diogo Jota equalised after Bruno Fernandes had opened the scoring and Roberto Firmino put Liverpool ahead on the stroke of half-time. The Brazilian forward added his second and Liverpool's third shortly after the restart before Marcus Rashford made it 3-2. However, Mo Salah was on hand to secure all three points, making it 4-2 in the final minute.

Jurgen Klopp is approaching the end of his sixth season at Anfield having also managed Mainz and Borussia Dortmund in his home nation Germany.

The charismatic boss has won four trophies with the Reds including the 2019/20 Premier League title, the 2018/19 Champions League crown, the 2019 Super Cup and the 2019 Club World Cup.

Klopp has transformed Liverpool from European contenders to title contenders during his time at the helm, and despite this season’s inconsistent run of form and results which sees them sitting outside the Champions League places, the 53-year-old will be determined to offer a greater challenge to Manchester City in the 2021/22 campaign.

Many supporters and pundits see Liverpool’s lower than expected position to be as a result of key long-term injuries to defenders Virgil van Dijk, Joe Gomez and Joel Matip. Midfielders Jordan Henderson and Thiago have also missed plenty of football, as has striker Diogo Jota. Once Klopp has all his stars back fit and firing, expect the Reds reset their sights on the summit once again.

Brazilian forward Roberto Firmino bagged a brace in Liverpool's win at Old Trafford on Thursday night and the 29-year will now be targeting double figures from the 2020/21 campaign.

Firmino's two goals against Manchester United were his first since the Reds' victory at Spurs in January, leaving him on eight for the campaign.

The striker has scored twice against the Baggies before, and after finding his goalscoring touch once again earlier on this week, he'll be determined to find the net at The Hawthorns.

Albion earned an impressive 1-1 draw with the Reds in what was Sam Allardyce’s second game in charge of the club back in late December.

Semi Ajayi headed in an equaliser with less than ten minutes remaining after Senegal international Sadio mane had given the hosts an early lead.

Albion have gone four games unbeaten against Liverpool, winning one and drawing three.

Matheus Pereira has produced some stunning performances in recent months. The Baggies attacker scored his 10th Premier League goal of the season last weekend at Arsenal – the first Albion player to hit double figures in the top flight since Saido Berahino in 2014/15.

Pereira has scored 10 of his 11 goals in all competitions this season since Sam Allardyce arrived at the club, and his strike at Arsenal means the Brazilian now has five in his last six appearances.

His technical ability and strong eye for goal may just prove crucial if Albion are to spring a surprise on Sunday.