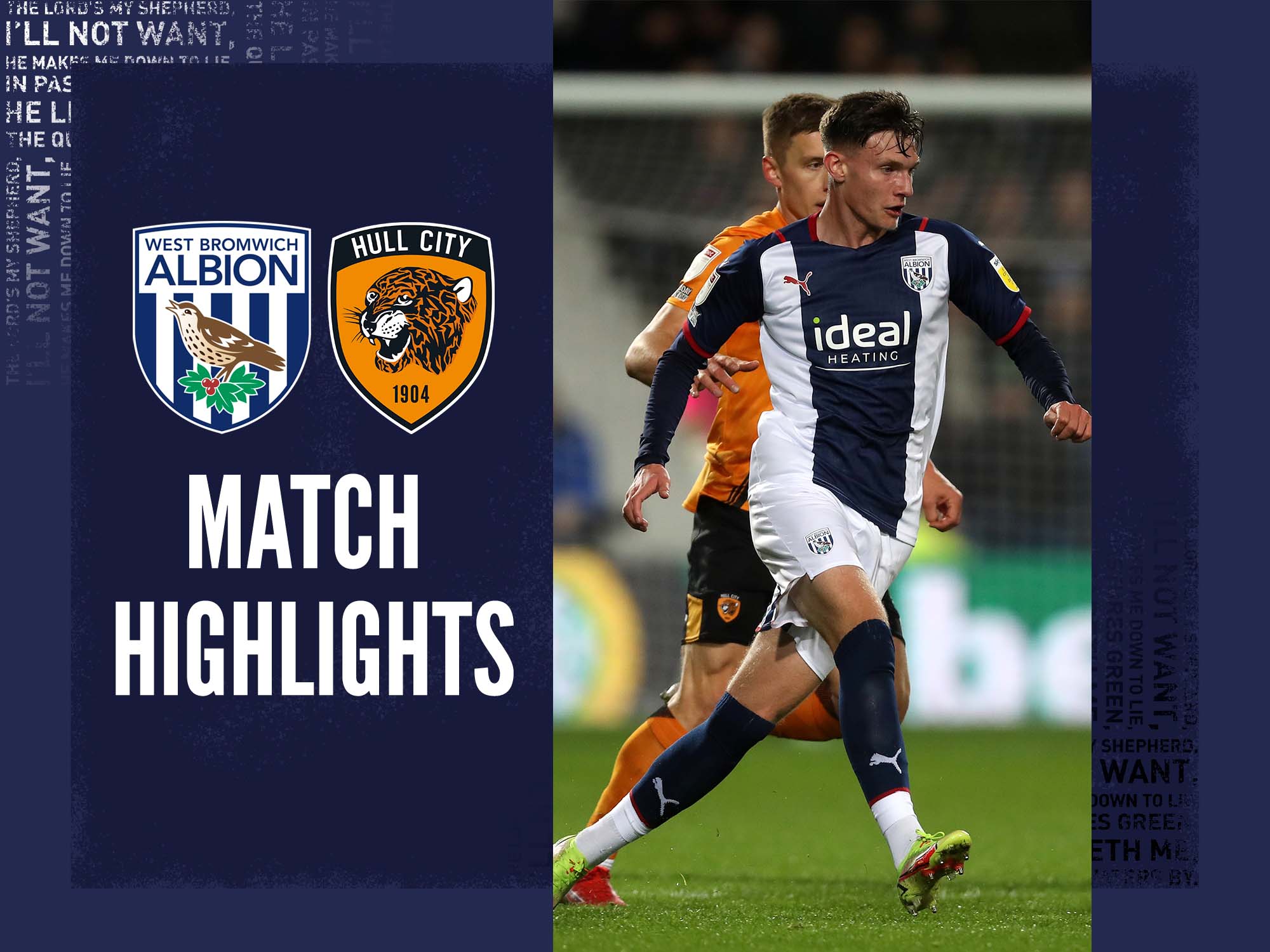 Watch free-to-view highlights from our midweek triumph over Hull City.

Albion extended their unbeaten home run in the Sky Bet Championship with a hard-fought victory over Hull City at The Hawthorns on Wednesday night.

Chances were at a premium during the first 45, but Karlan Grant seized on his opportunity during a dominant second half to seal an important three points for the Baggies.

Valérien Ismaël made four changes to the side which lost to Fulham on Saturday, including first league starts for Kean Bryan and Taylor Gardner-Hickman, while Callum Robinson and Cedric Kipre also came into the XI.

The first half saw few chances created, but the ones which threatened to open the scoring fell the way of the Baggies.

Gardner-Hickman enjoyed a confident start to proceedings and good play between the wing-back and Robinson nearly created the game’s first goal. The Republic of Ireland international fizzed a low ball into the box which Phillips connected with well, but his effort bounced back off the post before Grant’s rebound was palmed behind by City keeper Matt Ingram.

Chances did fall Robinson’s way towards the end of the half when he cleverly worked space for a shot inside the box, but recovering Hull defenders prevented him finding the net.

Energy and commitment were on show again after the break for Ismaël’s men and the introduction of Adam Reach added creativity to Albion’s play in the final third as Robinson and Grant benefitted from the substitute's inviting crosses. But City keeper Ingram was alert to tip their efforts away from danger.

However, the hosts found their way past City’s resistance when a great interception by skipper Jake Livermore allowed Robinson to put the ball on a plate for Grant, who confidently smashed the ball home to give the Baggies the goal they’d been pushing for.

Things nearly got even better when a lovely through ball from Kipre put goalscorer Grant through one-on-one with the Hull keeper. But the Albion’s No.18 dragged his chance wide to spare the away side’s blushes after a lapse in concentration.

Sam Johnstone was forced into action as the game drew to a close, tipping two goal-bound efforts around the post. But the Baggies navigated the final minutes well to secure all three points on home soil.