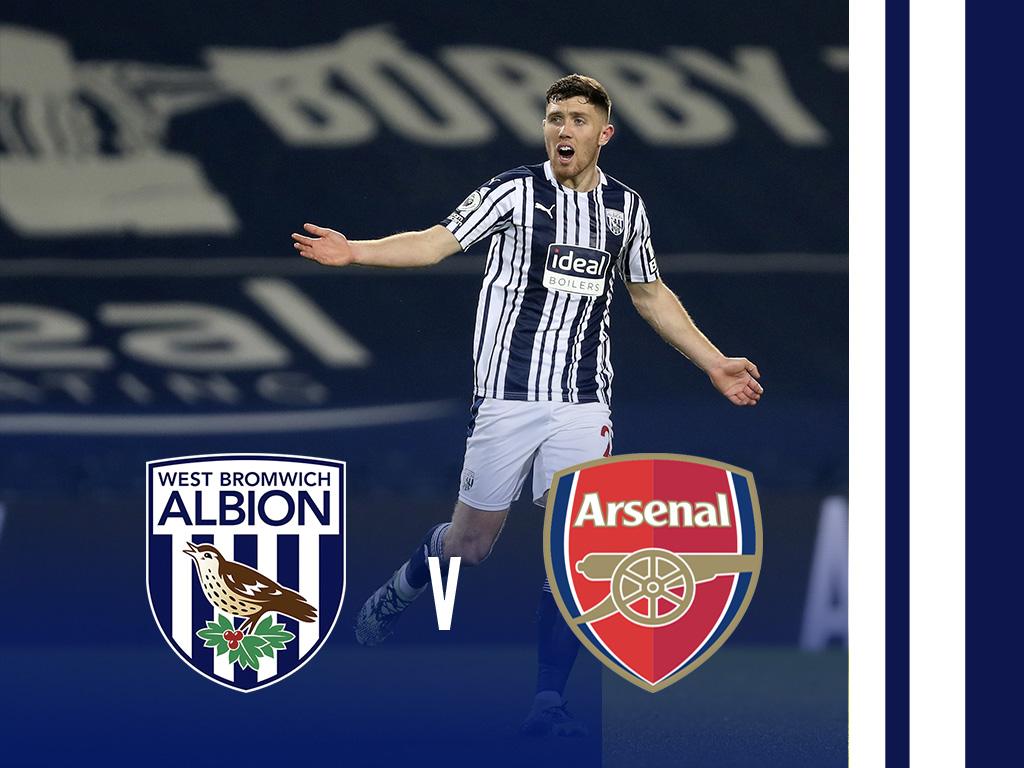 Sam Allardyce’s Baggies start 2021 with another game at The Hawthorns when they host Arsenal on Saturday evening (ko 8pm).

The winning feeling has returned to North London after back-to-back victories over Chelsea and Brighton.

Alexandre Lacazette netted in both games to help the Gunners record consecutive league wins for the first time since September.

Mikel Arteta was appointed gaffer at the Emirates Stadium over a year ago after swapping his assistant coaching role at Manchester City for the offer of a return to the capital.

The Spaniard wasn’t short of avenues to pursue after his 17-year playing career came to an end. Arsenal was one of the possible destinations the 38-year-old could have taken following his retirement, with Arsene Wenger offering him the lead role at the club’s academy in 2016.

Mauricio Pochettino’s back-room team at Tottenham was another option for the well-respected former Everton midfielder, but Pep Guardiola’s Man City were the ones to secure his signature as Arteta linked up with his former Barcelona academy compatriot once again.

During his time in Greater Manchester, Arteta won five accolades including two Premier League titles before embarking on his first managerial role back at his former club Arsenal in December, 2019. Since returning to London, Arteta has already achieved success having won the 2019/20 Emirates FA Cup and the Community Shield in 2020.

From Arsenal’s array of attacking talent, youngster Bukayo Saka has been the club’s most consistent performer this term.

The England international enjoyed his breakthrough season with the Gunners last season, making 38 appearances in all competitions, netting four goals.

And this year, the 19-year-old has been a regular starter in Arteta’s starting XI with more than 20 appearances. The winger’s forward-thinking, attacking style will be one for the Albion defence to keep an eye on this Saturday.

Drama unfolded during the last game between the sides in December, 2017 as Jay Rodriguez’s 89th-minute penalty secured a point for the Baggies at The Hawthorns after Arsenal had taken the lead through a James McClean own goal.

But a memorable home win against the Gunners came in March, 2017 when a brace from Craig Dawson and a strike from Hal Robson-Kanu secured a 3-1 victory on home soil.

Karlan Grant will be pushing to change Albion’s attacking fortunes when the Gunners visit this weekend.

The Baggies forward hasn’t managed to find as many attacking opportunities as he’d have hoped for over the last few games.

But his hold-up play and work-rate have been important in getting Albion on the attack in games - particularly last weekend’s game against Liverpool - and the 23-year-old will no doubt be important against Arteta’s side, as he looks to break Arsenal’s resistance this weekend.

Semi Ajayi features as the headline act in Saturday’s Albion News as we look through his hectic career which featured a stint with our visitors Arsenal.

The Nigerian defender talks us through how beneficial loans in the lower tiers of English football have been, not just in accelerating his club career, but also in helping to cement himself as an established international for his country.

Academy boss Richard Stevens and U23s manager Deon Burton highlight the progress of some of Albion’s youngsters coming through, as well as the potential for more loan experiences in the Football League during January.

You can access the lowdown from behind the scenes by getting your copy, here.