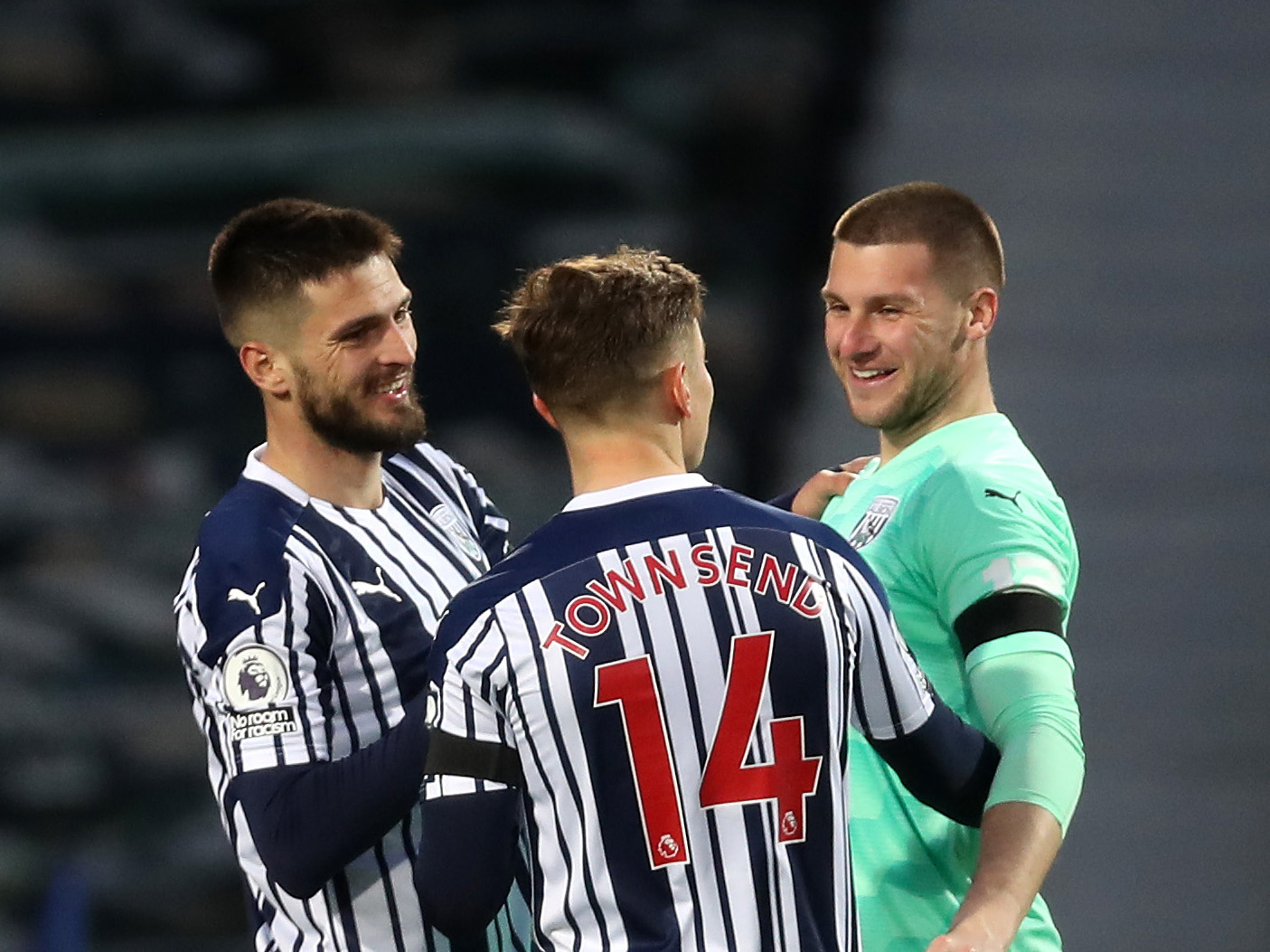 Consecutive victories in the Premier League for the first time this season. Just reward for two exceptional displays from the Baggies.

The pre-match conversation revolved around the importance of backing up last weekend’s spectacular win at Stamford Bridge with another three points at home to Wembley-bound Southampton at The Hawthorns.

Could Sam Allardyce’s side produce a similar level of performance? Could they be clinical in front of goal once again? Could they shrug off all the pressure for a second straight game?

Well, let’s be honest, the Baggies emphatically answered those questions.

Three goals, three points, and even time for Sam Johnstone to make a stunning save from England team-mate James Ward-Prowse’s injury-time spot-kick to preserve a fourth clean sheet in the last seven games.

We’ve taken a detailed look into how Monday night’s clash unfolded and why Albion came out on top so convincingly against the Saints.

There’s a saying you’ll all have heard at various points throughout your lives. ‘Confidence is key’. It’s cliché, yes, granted. But it’s also extremely pertinent in Albion’s case. Last Saturday’s storming success at Stamford Bridge will go down as one of our most memorable Premier League results. It was no fluke either, let’s not forget. Five of the best against a side competing in the UEFA Champions League. Confidence must’ve been sky-high in camp, and that certainly showed on Monday when Ralph Hasenhuttl’s men came to town.

Free-flowing football, intricate one-touch build-up in the final third, taking risks in possession in correct areas and having the ability to pick out the pockets of space afforded to them. We can probably all agree it was some of the best football Albion have produced this season. Captivating viewing for those with blue and white running through their veins. Confidence is one of the biggest allies anyone or any team can have. It’s worked wonders for centuries in all walks of life, and Albion will be desperate to cash in on the inspiration it can instil from now until the end of the season.

Albion have now scored eight goals in two games. Five at Chelsea and three at home to the Saints. Between them, Matheus Pereira and Callum Robinson have scored three-quarters of those goals. The pair have been clinical, inspiring the Baggies to two very impressive results. Brazilian Pereira now has eight Premier League goals in 27 appearances this season, seven of which have come since Sam Allardyce arrived at The Hawthorns.

His strike partner Robinson might just be hitting form at the best possible time. Two very different finishes at Stamford Bridge, but both equally as classy. And you could see the confidence flowing through him as he blasted in Albion’s third against the Saints. He never looked like missing, taking his chance in expert fashion and like a man determined to have a big say on the outcome of the remaining fixtures. The Baggies need goals to win games, and based on the form these two are in, not too many would put up resistance if you were to back them to keep banging them in from now until the end of May.

Another tremendous showing from the towering skipper. Barts won header after header and battle after battle. He’s wearing that armband with pride, leading by example and making it his personal responsibility to keep Albion defensively sound at the back.

Bartley had two important jobs on Monday night. Firstly, win the first contact when Fraser Forster lumped it up to the dangerous Danny Ings. Secondly, win the first contact up against giant defender Jannik Vestergaard when defending Southampton set-pieces. He passed both tests with flying colours, rarely beaten, if indeed at all. You know the term ‘a captain’s performance’? Need we say more? The Baggies have kept four clean sheets in their last seven Premier League games, highlighting not only the fine work of stopper Sam Johnstone, but also the solid performances delivered by the defenders who have been marshalled by Bartley.

Matty on a mission

Matty Phillips has arguably been one of Albion’s most impressive performers during the last two games. His displays against Chelsea and Southampton have been full of energy, passion and quality, typified by his desire to get on the end of Mbaye Diagne’s teasing cross for the second goal on Monday night.

He certainly looks like a man playing with bags of confidence and it’s great to see. His willingness to press high with intensity has led to Albion winning the ball back in the attacking third of the pitch and creating chances in the club’s most recent matches. Matty has been an important figure at this football club for five years now, and his presence on the pitch may just prove crucial if Albion are going to conjure up the greatest of all great escapes. The No.10 has shown just how effective he can be when playing centrally or out in wide areas, using his pace, power, technical ability and experience to the Baggies' benefit. He’ll be keen to perform as well as he did on Monday night for the rest of the season.

One topic of social media conversation which has been noticeable over the last couple of months among Albion fans is the development and progression of full-backs Darnell Furlong and Conor Townsend. Both have shown real signs of improvement and both were impressive against Southampton. Furlong was tenacious in his tackling, making several crunching challenges in 1-v-1 situations to keep the visitors at bay. On the opposite side, Townsend has produced eye-catching displays on a regular basis since returning from the knee injury which kept him out for three months over Christmas and New Year.

Theo Walcott, Nathan Redmond and Stuart Armstrong can cause all sorts of problems in wide areas for defenders up and down the country, but Albion's two full-backs enjoyed a solid night against Southampton's attacking trio. The defensive duo could well have both been on the scoresheet on another day too. Furlong glanced a first-half header wide while Townsend was denied his first league goal for the Baggies by the boot of Fraser Forster. Furlong and Townsend got the balance of defending and attacking just right on Monday, and Sam Allardyce will be demanding the same from his right and left backs in Albion's upcoming games.