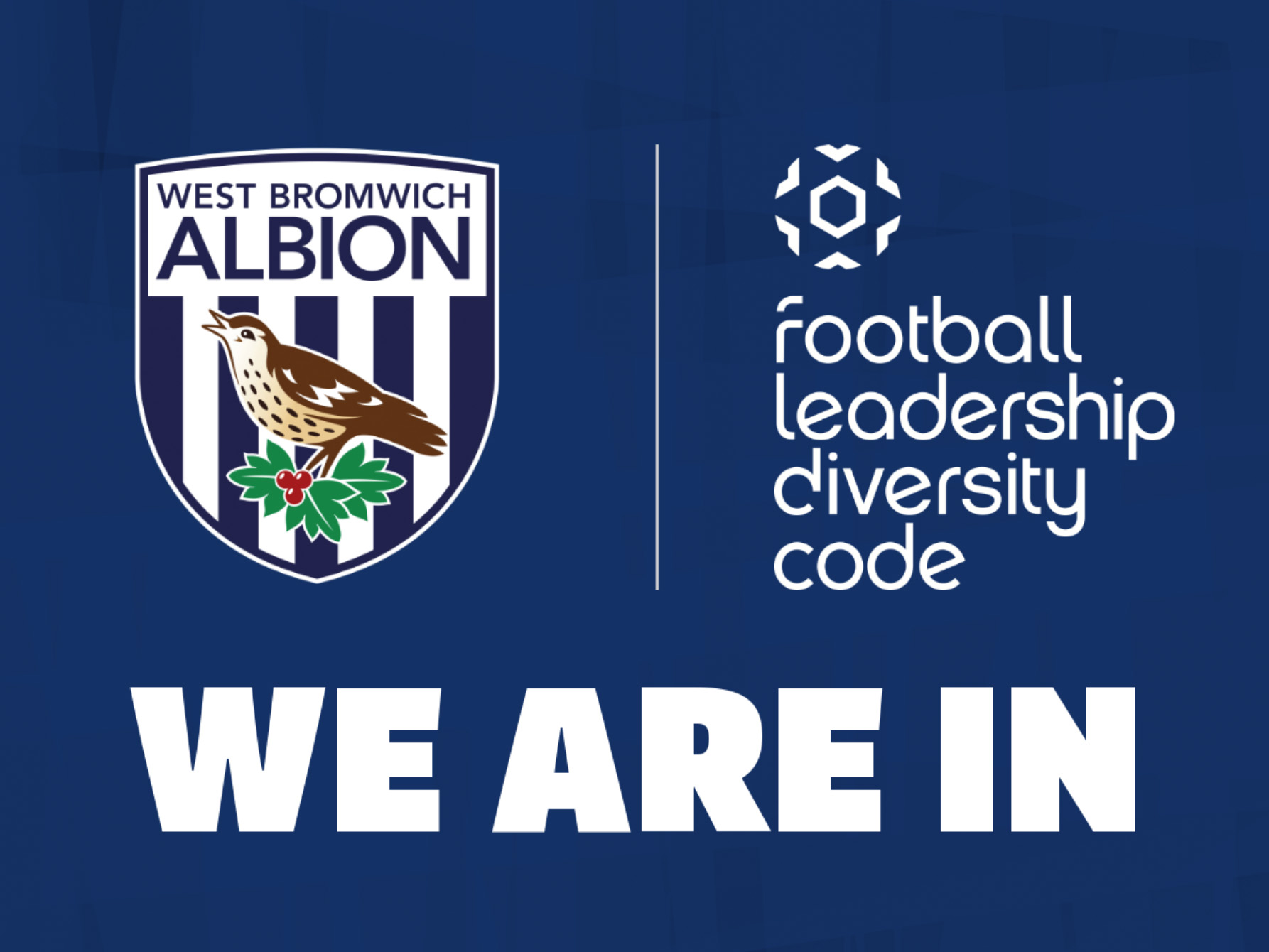 West Bromwich Albion Football Club has pledged its commitment to the Football Association’s Leadership Diversity Code which aims to drive diversity and inclusion across the English game.

The Code is regarded as a starting point towards a greater diversity within the English game.

The full FA statement can be read below.

The Football Leadership Diversity Code has been developed in collaboration with club executives, players, coaches, HR directors, media and leaders across the game to ensure English football better represents our modern and diverse society. Recognising that clubs and support structures off the pitch do not reflect the increasing gender and ethnic diversity seen on the pitch, it will increase accountability and transparency and will see The FA, key stakeholders and clubs across the men’s and women’s game commit to embedding greater diversity across senior leadership teams, team operations and coaching setups.

The Code focuses on increasing equality of opportunity with hiring targets – rather than quotas – to encourage recruitment from across society. Hiring will be based on merit, to find the best person for the job from diverse talent pipelines. The aim is to move away from recruitment practices focused on personal networks, which is a longstanding challenge across football and has limited the diversity in leadership across the game.

It is viewed as a starting point towards greater diversity and, while focusing on gender and ethnicity now in reflection of the current player base, it will expand more broadly over time.

The Premier League and multiple clubs from across the Premier League, English Football League, Barclays FA Women’s Super League and FA Women’s Championship have committed to embedding the Code within its own practices. While not mandatory, The FA is encouraging all clubs across the men’s and women’s games to sign up to the voluntary Code, with a version following the same principles and adapted for the National League System and grassroots clubs to follow in Spring 2021.

Paul Elliott, Chair of The FA’s Inclusion Advisory Board, said: "Many clubs are already doing good work in this area and we have been pleased to see football stand together this year to challenge the injustice we are seeing in society. However, positive and tangible action is required to drive change and take the next step. We believe the introduction of the Football Leadership Diversity Code will signal a long-term change for the English game. The number and stature of clubs that have already agreed to join us on this journey proves that together, with clear goals, transparency and a desire for action, we can shape a better future together. We hope more clubs join us as we move forward."

By signing up to the Football Leadership Diversity Code, clubs pledge to create an equality, diversity and inclusion plan which applies hiring targets while adopting specific recruitment principles. The targets, which will become effective immediately, include:

Mark Bullingham, The FA’s Chief Executive Officer, added: "I would like to thank the players, coaches, HR Directors, media and league and club officials from across football who have contributed to the development of the Code. Together we have created commitments that will drive real change across the game. The Code will hold clubs, leagues and our own organisation to account and ensure opportunities for everyone to work at all levels in football.  We remain deeply committed to doing everything we can to address inequality in all its forms and to deliver a game free from discrimination. Today is a really positive step forward."

More information on how to sign up to the Football Leadership Diversity Code, and further detail on its principles, pledges and definitions can be found at www.TheFA.com/FLDC