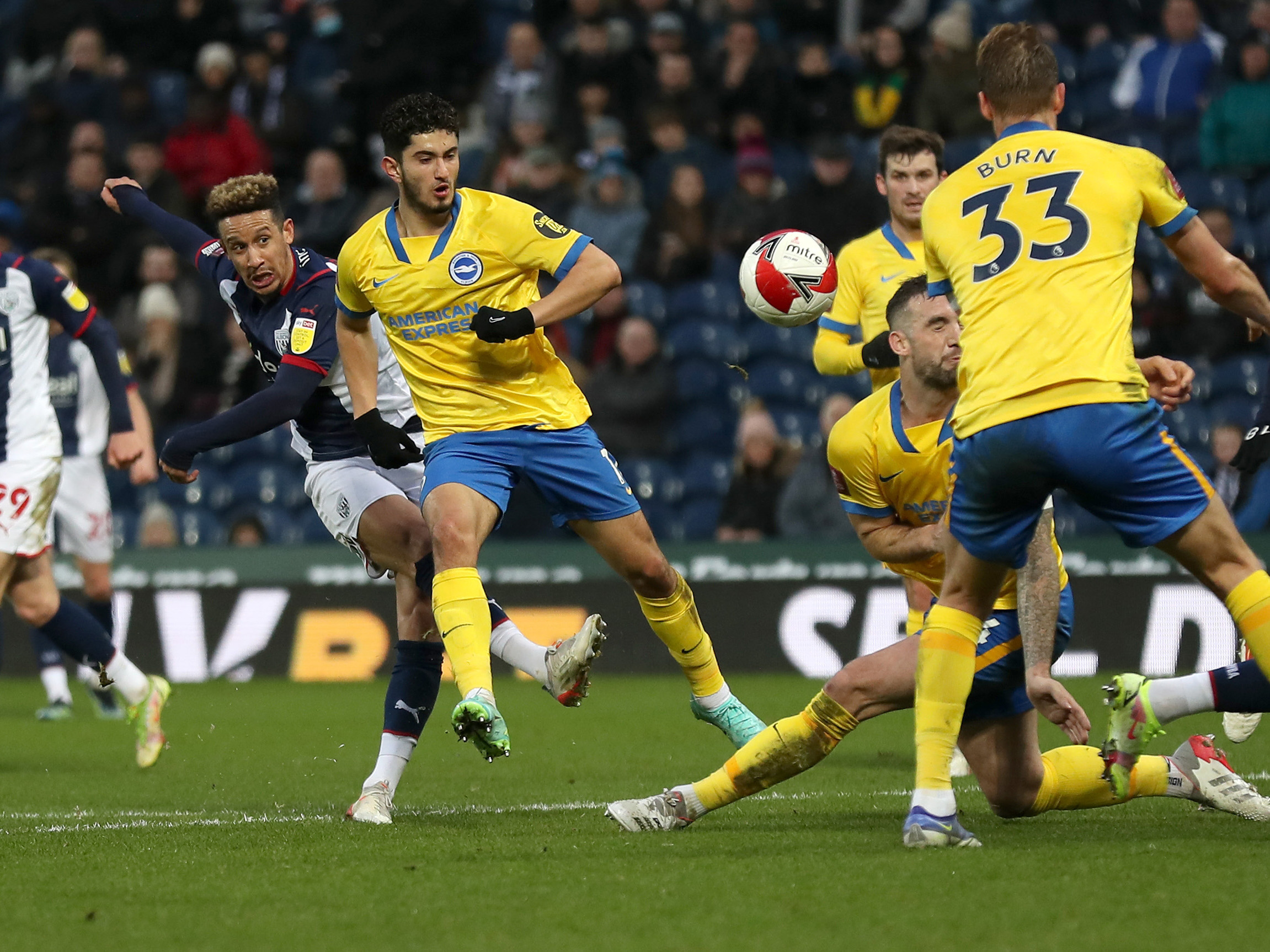 Albion were narrowly defeated 1-2 AET by Premier League Brighton in the FA Cup third round on Saturday afternoon.

After a goalless first-half the hosts went in front thanks to Callum Robinson’s delicate finish.

But Cédric Kipré’s sending off reduced the Baggies to 10-men with 20 minutes remaining, and Brighton’s Jakub Moder equalised late on before Neal Maupay won them the tie in extra-time.

Valérien Ismaël started a strong side against their top flight opponents - yet was without Brighton loanees Matt Clarke and Jayson Molumby, the suspended Sam Johnstone and Alex Mowatt, as well as defender Semi Ajayi who is away with Nigeria at the Africa Cup of Nations.

On a positive note the boss was able to name Matt Phillips in his XI for the first time since November, and he created the opening chance when a decent run ended with a curling effort flying over the crossbar.

It was a fast-paced opening 20 minutes and the away team might have taken the lead midway through half had David Button not pulled off a good reaction save to stop Danny Welbeck.

Injuries and stoppages disrupted most of the remaining first period, however captain Jake Livermore saw a shot well-blocked following a quick counter-attack and, down the other end, Button needed to be at his best again to save Maupay’s low attempt and keep it 0-0 at the break.

Academy graduate Zac Ashworth then came on for his debut shortly before the Baggies were reduced to 10-men, Kipré given his marching orders for a second yellow card.

As it began to look like the home side would stand firm for the victory Brighton found an equaliser, Moder beating Albion’s goalkeeper to level the clash with only nine minutes remaining.

During a frantic ending Button leapt to the rescue, finger-tipping Alexis Mac Allister’s drive past the post, and the Baggies could have stolen it if they had converted one of their various set-piece opportunities.

It finished 1-1, though, so was to be settled in extra-time – where Brighton gained an early advantage when Maupay struck into the bottom right corner.

Ismaél brought Reyes Cleary on for another debut to try and find a goal, but instead the Seagulls controlled much of the added 30 minutes and earned a place in round four of this season’s FA Cup.