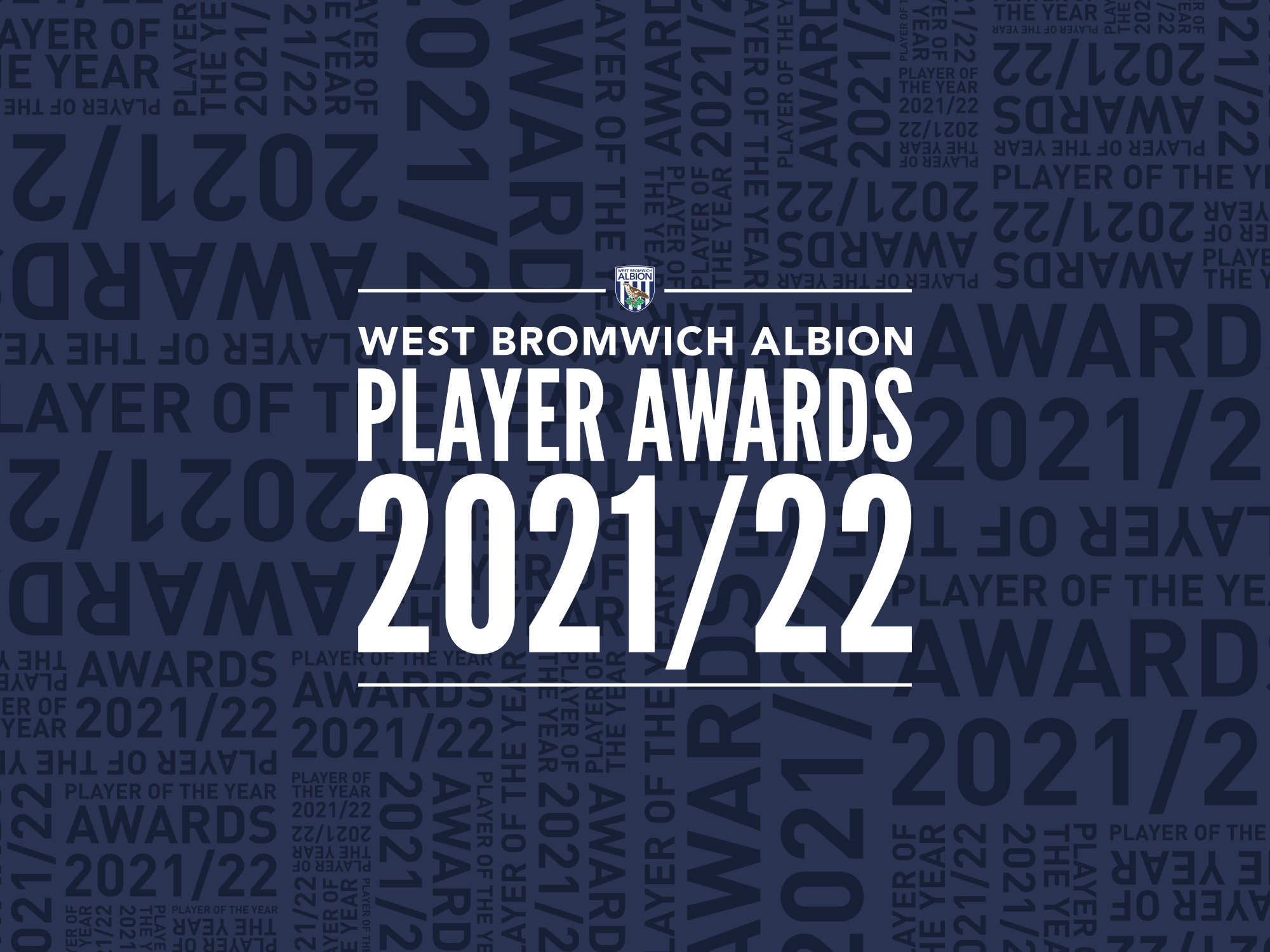 The winners of the 2021/22 end of season West Bromwich Albion awards have been announced.

The 25-year-old, who won with over 50 per cent of the final vote, has made 32 appearances so far this term in the Sky Bet Championship.

Clarke said: “I’m absolutely delighted to pick up this award.

“I felt I’d come into the team and done well at the start of the campaign, but to get the injury was a setback and you obviously never know if you’re going to properly get back up to speed. I worked really hard and thankfully I wasn't out for too long.

“There's an underlying frustration from this season because as a team, and as a club, we’ve underachieved. I take all the criticism onboard which is what we have to do because that’s part of being a footballer.

“Some of the supporters have gone out of their way to vote for me and I take great pride in that. I'd like to thank them for doing so.”

Karlan Grant has won the Trade Nation Players' Player of the Season award.

The striker has made 44 appearances in all competitions so far this term, scoring 16 goals.

Karlan said: “It’s an honour to have been chosen by my team-mates for this award.

“After a tough year with injuries last season, I wanted to get back to scoring goals on a regular basis again and show the Albion fans what I can bring to the team.

“Obviously it’s been a difficult campaign for all of us, but we have to use it as motivation to succeed when we get back from the summer.

“I know I’ll have a lot of competition for the top scorer award next year, but that’ll just spur me and the rest of the strikers on even more.”

Karlan Grant has won the DOPSU Top Goalscorer award for the 2021/22 campaign.

Grant has scored 16 goals so far this term, bagging nine at The Hawthorns and seven away from home.

LV BET Goal of the Season

Alex Mowatt's cracker at Cardiff City in September has been voted the club's LV BET Goal of the Season.

The midfielder rifled the ball into the top corner on the half-volley at the first time of asking, sending the travelling Baggies into raptures in the away end in the Welsh capital.

Mowatt's stunner was the third of Albion's four goals that night, with the 4-0 result against the Bluebirds proving to be the club's biggest away victory of the campaign.

More than 55 per cent of supporters voted Alex's strike as their favourite of the season, with his bullet at Blackburn in August taking the silver medal.

Watch the goal by clicking here.

Taylor Gardner-Hickman has won the Marc Darcy Young Player of the Season award.

The 20-year-old boyhood Baggie has enjoyed an impressive breakthrough campaign in which he has made his first-team debut, signed a long-term contract and played over 20 games in all competitions.

Gardner-Hickman said: “It’s a massive honour for me and I’m delighted to have won this award.

“Since the start of the season I’ve just tried to take it game-by-game and I’ve been happy to do the year in stages; breaking through, then getting a run in the team and luckily and fortunately enough, it’s led to me getting this award.

“I never want to get too carried away and one thing I’ve learned massively this year is to not get too high on the highs, or low on the lows. You have to stay level and keep working hard and I’m hoping this award will be the first of many.”

University of Wolverhampton Academy Player of the Season

Promising youngster Matt Richards has been awarded the University of Wolverhampton Academy Player of the Season.

The 17-year-old, who is comfortable playing in the middle of midfield or on the right of a back three, has impressed in the club's U18 and PL2 fixtures throughout the 2021/22 term.

Academy Manager Richard Stevens says Richards' hard work on and off the pitch has helped earn him this prestigious title.

Stevens said: “Matt encapsulates everything we are about as an academy.

“He’s incredibly hard-working both on and off the pitch and attacks every day with 100 per cent desire and commitment.

“He has been a high achiever in our education programme this season, while on the pitch, Matt has captained our U18 team as a first-year scholar and played a large proportion of games out of position in the PL2 side.

“He has a fantastic attitude and he puts his heart and soul into everything he does.

“We’re thrilled that he has had such a successful season and we’re excited to help him progress even further next year.”