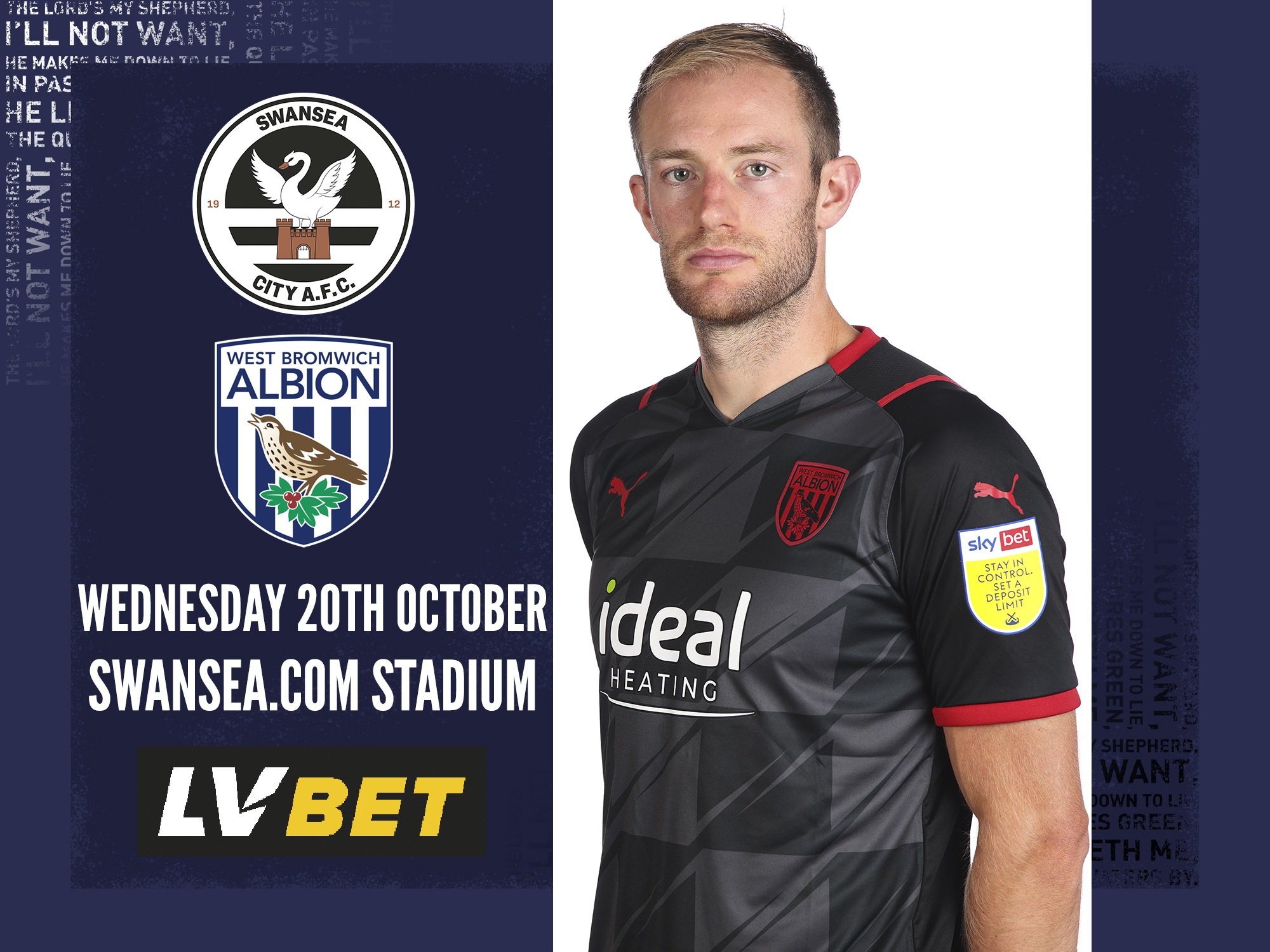 Albion will set their sights on securing another three Sky Bet Championship points when they travel to South Wales for a showdown with Swansea City on Wednesday night (ko 7.45pm).

The Baggies edged past Birmingham City on Friday thanks to Karlan Grant’s fourth goal in as many games, keeping them second in the table.

The Swans will be high on confidence after demolishing rivals Cardiff City 3-0 at the Swansea.com Stadium on Sunday – their second consecutive victory on home soil.

You can listen live to Swansea City vs Albion on WBA TV Matchday. Seasonal and monthly subscribers automatically get access to the game and a full match replay. If you’re not going to South Wales and don’t want to miss a moment you can buy an audio match pass for just £2.50.

Click here to buy a Match Pass. Live commentary will be available from 7.30pm here.

Swansea City are starting to turn a corner after a slow start to the 2021/22 Sky Bet Championship season.

The Swans, who were beaten in the play-off final by Brentford in May, won just one of their opening eight matches, but recent home wins over Huddersfield and Cardiff have kick-started their campaign.

Wednesday’s hosts have only tasted one league loss in their last seven games, and that was at the hands of promotion-chasing Fulham at the back end of September.

Former Scotland international and Norwich City defender Russell Martin was appointed boss in the summer after a successful stint with MK Dons, taking over from the departing Steve Cooper.

Martin made well over 500 senior appearances for various clubs and his nation during a 15-year playing career, stepping into management at Stadium MK in November 2019.

On the playing front, young Dutchman Joel Piroe has impressed since joining in July from PSV, scoring seven goals in total, including one against rivals Cardiff on Sunday afternoon.

Roland Lamah gave the hosts a second-minute lead, but the Baggies equalised shortly after the break through Stephane Sessegnon.

And with the game heading for a draw, Youssouf Mulumbu popped up with a huge goal five minutes from the end to send the travelling fans wild behind the goal.

Albion’s last visit to Swansea City was the final game either team played before COVID-19 brought the world to an abrupt halt.

The match finished goalless on Saturday, March 7. Swansea and the Baggies would not play a Sky Bet Championship fixture for another three-and-a-half months following the stalemate in South Wales.

The Baggies are back in black on Wednesday night.

Not got your away kit yet. Fear not. You can order it here.

After scoring four goals in his last four appearances, Karlan Grant measures up at 33/20 (2.65) to find the back of the net at any time on Wednesday.

The Baggies have scored eleven goals against Swansea City in their last five encounters (W3 D2), averaging 2.2 a game. LV BET is offering over 1.5 goals for West Bromwich Albion at 21/20 (2.05).