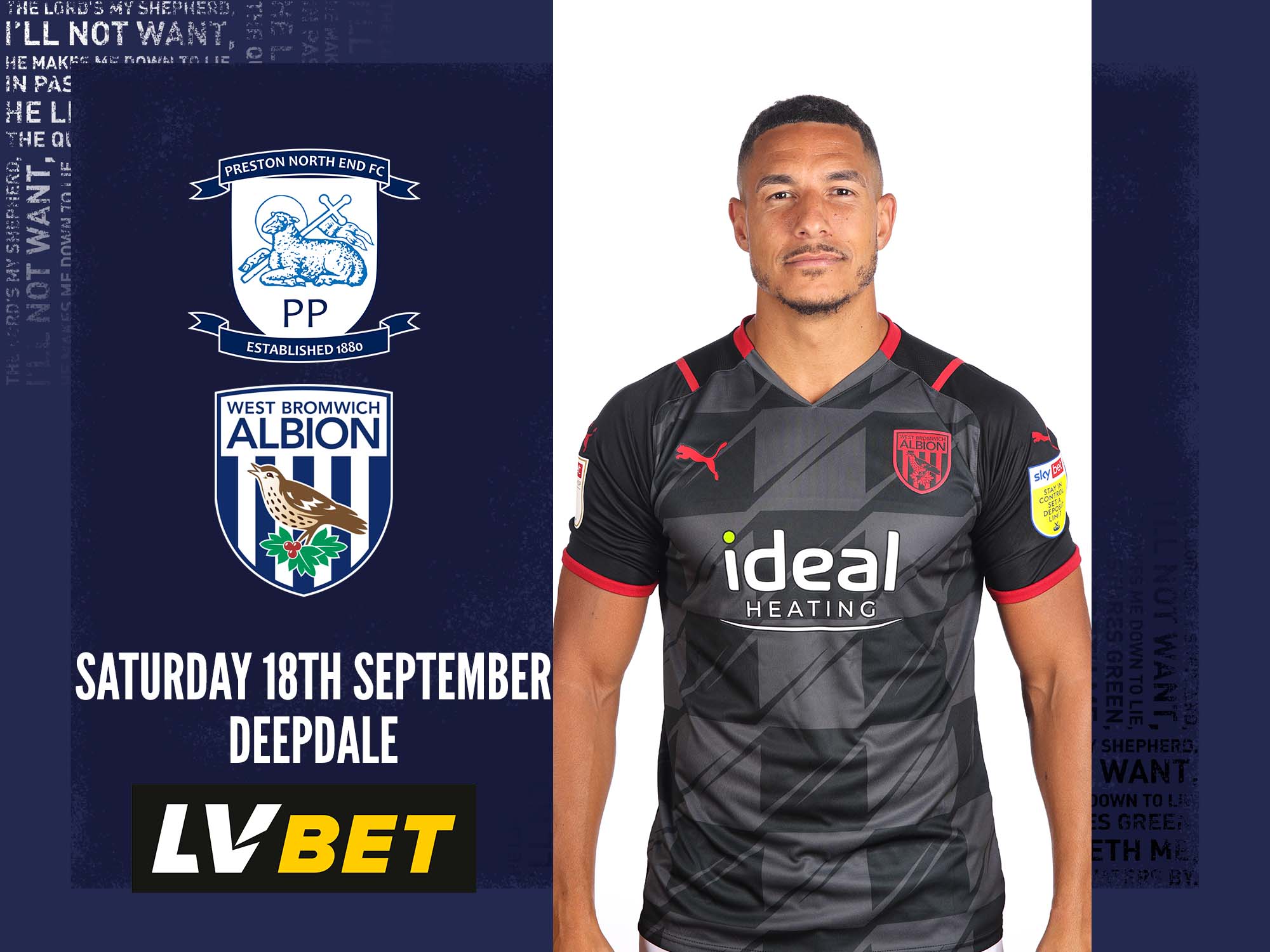 Albion travel to Preston North End on Saturday afternoon (ko 3pm) where they’ll be backed by more than 3,000 supporters.

The Baggies head to Deepdale hoping to return to winning ways having being held to frustrating home draws by Millwall and Derby County respectively earlier this week.

This weekend’s trip up the M6 is the club’s first away match since their last-gasp victory at Peterborough United.

Hosts Preston North End have made a steady start to the season, picking up eight points from their opening seven matches.

They scored an injury-time equaliser to earn a 2-2 draw at Sheffield United on Tuesday, with Daniel Johnson and Emil Riis both on target at Bramall Lane.

We gave it everything tonight, but it just wasn't to be. pic.twitter.com/Pneg4RXfQD

Supporters wanting to follow the action live on Saturday can subscribe to WBA TV Matchday for live Baggies-biased commentary. An audio Match Pass for the game costs £2.50 and is available to purchase here.

Fans can opt for a seasonal or month pass to follow Baggies live home and away this season.

Fans overseas who have a seasonal or monthly video subscription will not be able to watch this game as it has been selected by overseas broadcasters. You can still access live commentary to follow the game and watch the full match replay, which will be available from Sunday.

Subscribers can access the commentary through the Live Match Centre, on the official West Bromwich Albion app or by clicking here.

Preston are now in their seventh consecutive season in the Sky Bet Championship having spent four years in the third tier between 2011 and 2015.

The Lilywhites have finished inside the top half of the division in four of their last six campaigns, narrowly missing out on the top 12 in 2020/21 after finishing 13th.

Preston are unbeaten in their last four Sky Bet Championship games, taking eight points thanks to victories over Peterborough and Swansea at Deepdale, as well as draws at Bristol City and Sheffield United in the last week.

Former manager Alex Neil left Deepdale in March 2021 and assistant Frankie McAvoy was appointed interim boss until the end of the season. The Scot won five of his eight matches and was awarded the job on a permanent basis two months later in May.

Albion took home all three points from Deepdale in a five-goal thriller during the 2018/19 Sky Bet Championship campaign.

After a goalless first 45, the Baggies took the lead through Jay Rodriguez before Andrew Hughes equalised for the hosts.

Albion went ahead once more after Ben Davies turned the ball into his own net and Dwight Gayle made it 3-1 with an excellent free-kick.

Albion will be wearing their black away kit on Saturday at Preston.

Not got yours yet? Don’t worry, you can order it here.

Our official betting partner LV BET share the latest stats and odds ahead of Saturday's trip up to Preston North End.

After two consecutive draws, Albion will be looking to return to winning ways at Deepdale. The Baggies' last three league matches have all featured under 2.5 goals, with stopper Sam Johnstone keeping two clean sheets.

Preston also come into this match on the back of two draws having picked up a late, late equaliser at Sheffield United on Tuesday.

WBA are 5/4 to grab all three points on the road this weekend with the draw priced at 5/2.

A 1-0 win for Albion is priced at 7/1 and could be value given the impressive defensive record over the past few matches.

LV Bet have a new customer offer for Baggies fans. Get it here. Terms apply. 18+ begambleaware.org.