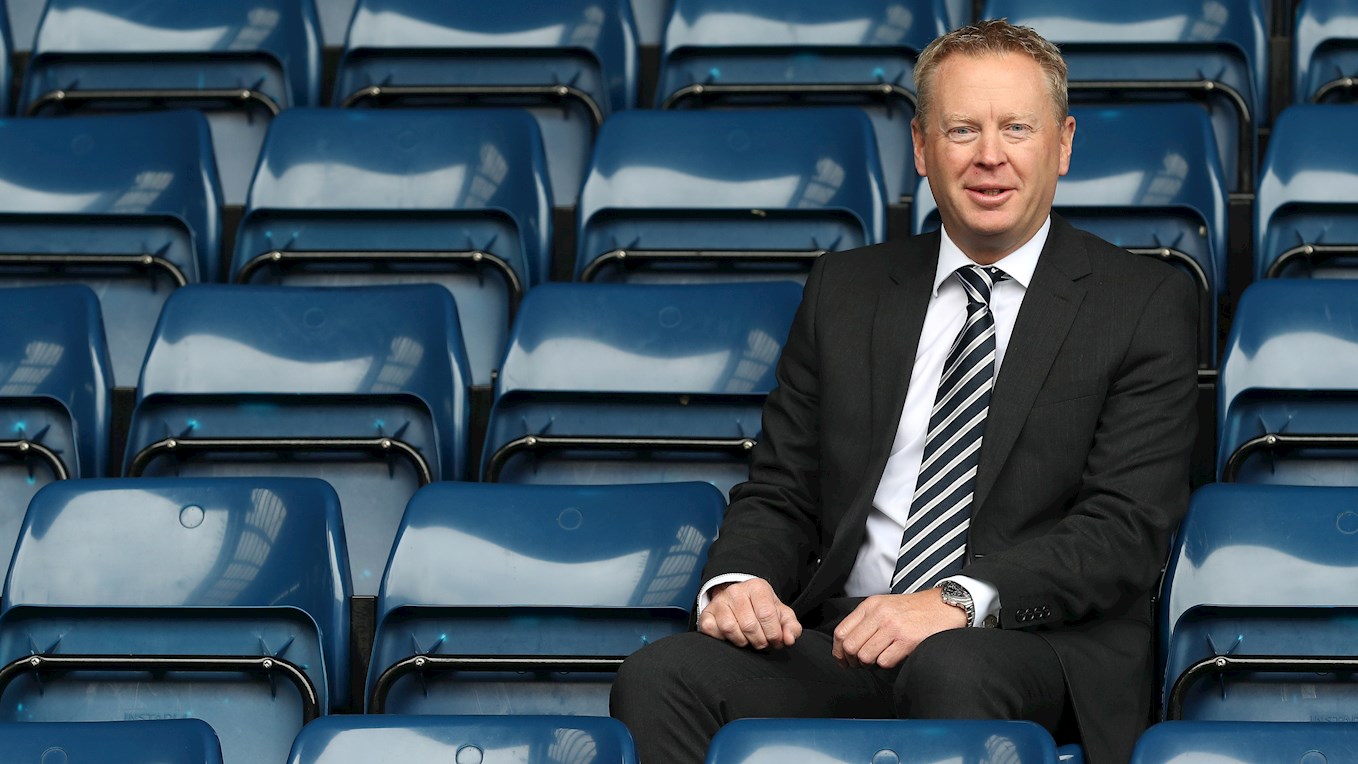 Mark Jenkins has today announced his decision to retire as Albion’s Chief Executive.

Mark is stepping down after a combined 18 years at the Club shared over two terms of service.

The decision will see executive director Xu “Ken” Ke, who has been working closely alongside Mark since 2018, step into the role.

Mark is leaving with the proud record of having helped steer the Baggies through 12 years of Premier League football, four promotions in the Championship and two Play-Off campaigns.

Albion have never finished lower than fourth in the Championship during his years in office and this season’s dramatic promotion success provides a fitting triumphant finale for his exit.

“I had informed the owners before lockdown that I would be leaving at the end of the season,” explains Mark.

“If we were unsuccessful then I felt it was appropriate that somebody else take the reins to ensure this great club return to where it should be, but if we did achieve the target then my role would come to a natural and positive conclusion.

“Ken has built a strong working relationship with the Club’s senior management team and I have every confidence they will transition smoothly to tackle the challenges of the summer and beyond.

“But the time is right for me to go. It has been a gruelling couple of years and I am naturally delighted I can step down with a sense of ‘mission accomplished’.

“Our great Club is once again back where we all want to be.”

You can read Mark’s farewell statement in full here but Albion’s owner Guochuan Lai - who congratulated Mark, Slaven Bilic and Sporting and Technical Director Luke Dowling on promotion during a video call from China last week - paid tribute to the departing Chief Executive.

Mr Lai said: “This is the second time we have reluctantly had to say farewell to Mark but I respect his decision and would like to place on record our appreciation of his leadership back to the Premier League.

“He has put the club on a stable footing and led us out of a difficult corner. We have always admired his business philosophies and will continue to follow the principles Mark has firmly established.”

Ken, who has provided a direct line of communication with our owners since joining Albion’s board, is ready to work closely alongside Luke and the rest of Albion’s senior management.

“I’ve had the best preparation I could have wished for working alongside Mark,” said Ken.

“We are sorry to see him go but he has established an excellent management team who I believe will make this an easy transition.”