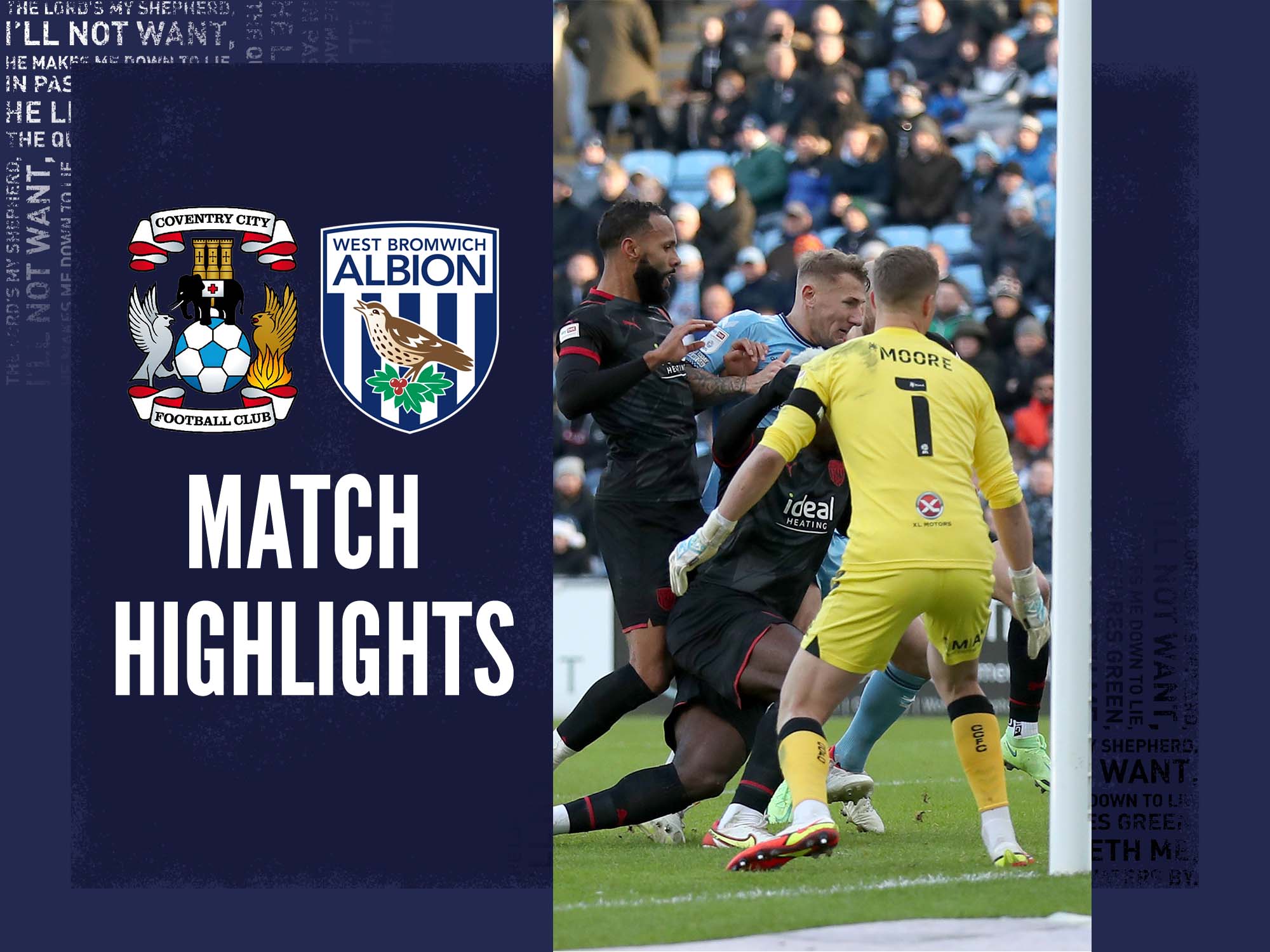 West Bromwich Albion returned to winning ways in the Sky Bet Championship thanks to a 2-1 victory at Midlands rivals Coventry City on Saturday lunchtime.

The Baggies went in at the break two goals up after Karlan Grant notched his ninth of the campaign before Sky Blues defender Kyle McFadzean turned into his own net under pressure from Kyle Bartley and Cedric Kipre.

McFadzean headed home a late consolation for the home side, but Albion held on to claim three much-needed points, propelling them to within six points of the top two.

Valérien Ismaël’s men made a confident start in Coventry, applying early pressure and trying to keep the ball inside the Sky Blues’ half of the pitch.

And their dominant opening was rewarded after 20 minutes when Grant bagged his ninth league goal of the season.

Callum Robinson slipped a perfectly-timed ball through the home side’s defence and the Albion No.18 fired beyond Simon Moore.

The Baggies then had a number of opportunities to double their advantage at the Coventry Building Society Arena.

Grant’s dangerous ball into the box was failed to be finished off by Darnell Furlong and then Grady Diangana, before Furlong found the gloves of Moore after making connection with Conor Townsend’s left-wing cross.

In a rare first-half foray forward, the hosts almost got themselves back level with less than ten minutes remaining until the break.

Todd Kane was picked out on the right side of the penalty area and his cross hit the boot of Kyle Bartley, ricocheting off the near post and bouncing away from danger.

Academy graduate Taylor Gardner-Hickman, making just his third league appearance for Albion, fired over the bar from the edge of the box, while Robinson also couldn’t keep an effort down when the ball fell to him following one of Furlong’s trademark long throws.

But the Baggies did eventually get the second goal their first-half showing deserved and it came just two minutes before the whistle.

Furlong took a clever quick throw and drove into the penalty area from the right, sent in a dangerous delivery across the six-yard box, where it hit a number of bodies including Cedric Kipre, Kyle Bartley and then finally Coventry defender Kyle McFadzean before bobbling in.

Mark Robins’ team came out with more attacking intent in the second 45 and started putting the Baggies under more pressure at the back.

Matty Godden was next to test Albion’s No.1, striking straight into his gloves on the turn inside the area.

And as the clock hit 65 minutes, Todd Kane volleyed wide at the back post having met Fankaty Dabo’s centre from the left.

At the other end, a bursting run from substitute Adam Reach saw him head to the byline and cross into the middle, but Grant couldn’t generate enough power on his header and Moore made a comfortable stop.

The hosts then had two chances in the space of 60 seconds with just over ten minutes remaining. Sheaf blazed an effort way over the bar from 20 yards before Furlong flung himself in the way of Dabo’s goal-bound effort.

However, Coventry did breach the Baggies’ backline in the 83rd minute when McFadzean’s thumping header nestled in the corner of the net to bring the score back to 2-1.

But it proved to be nothing more than an end to Sam Johnstone’s run of clean sheets as the Baggies secured a crucial three points.