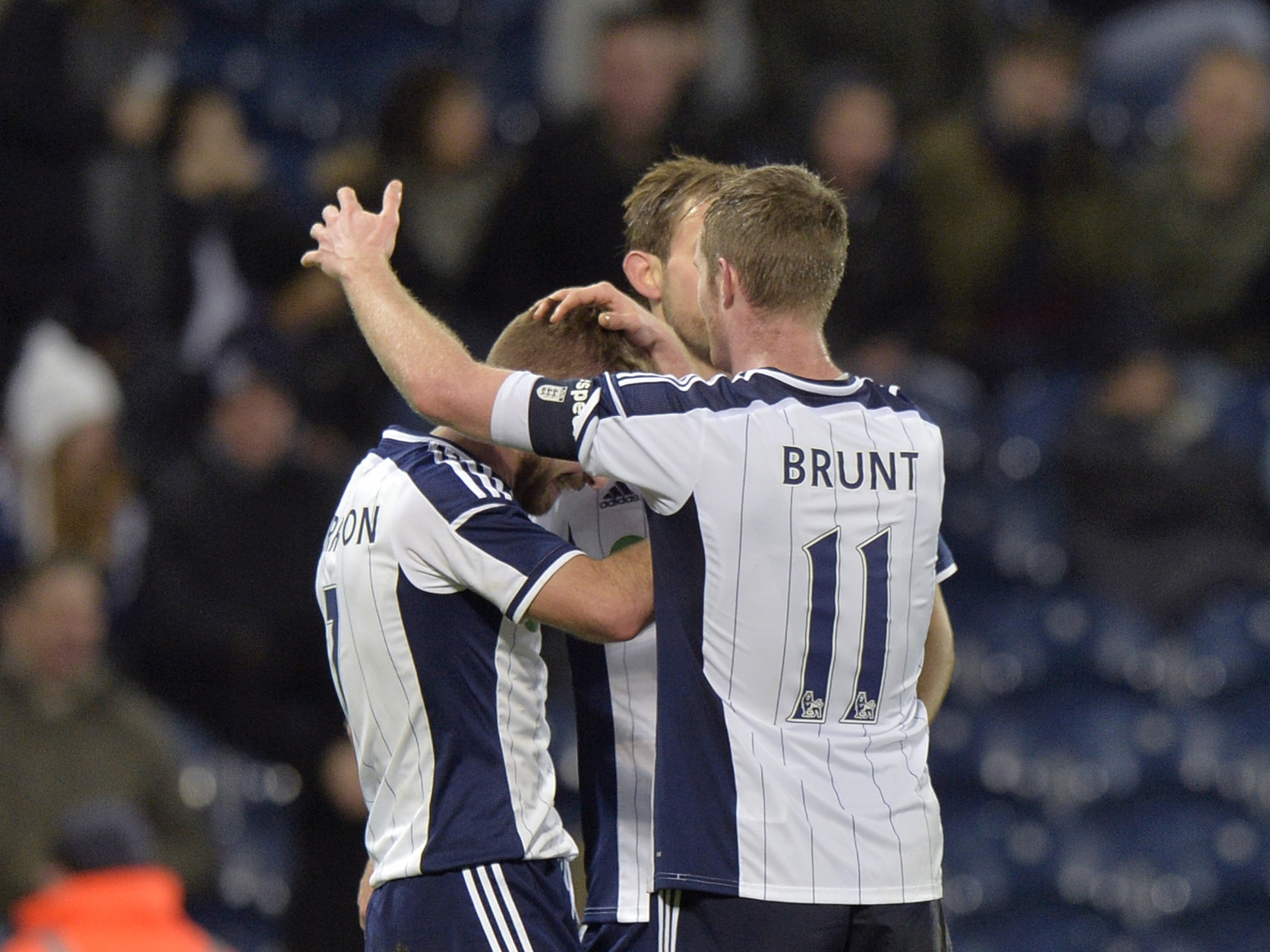 One of the most famous days in the football calendar swings around once again this weekend. Emirates FA Cup third-round day!

Ahead of our tie at Blackpool on Saturday (ko 3pm), we’re taking you back to some classic third-round clashes. How many of these five games do you remember?

Albion were drawn against fellow Division One outfit Stoke City in the third round of the FA Cup in 1997/98. The Baggies hadn’t made it beyond round three in any of the previous seven seasons heading into the tie with struggling Stoke, who had failed to win any of their last ten games ahead of the trip to B71. The visitors’ luck wasn’t about to change and a certain Dutchman had a big hand in helping Albion through to the fourth round.

Two special first-half strikes from Richard Sneekes steered the hosts into a solid half-time position at The Hawthorns. His first was a fizzing free-kick from the edge of the box which flew into the bottom corner after 28 minutes. His second was even better. The former Ajax midfielder unleashed a fierce effort from almost 30 yards which ended up in the same corner as his first goal. Stoke’s Marco Gabbiadini pulled one back after the break but the Baggies secured victory 12 minutes from time thanks to Kevin Kilbane’s towering header in front of the Smethwick End.

An excellent season in the league and the cup for Gary Megson’s men of 2001/02. Promotion to the Premier League for the very first time, and an exciting run to the last eight of the FA Cup. A run which started at the Stadium of Light against Premier League opponents Sunderland.

Around 5,000 Baggies made the trip to the north east, and they were sent home in celebratory fashion after seeing their side deliver a fabulous performance on the pitch. Kevin Phillips, rather unsurprisingly, put the hosts ahead with a spectacular, acrobatic effort. But the Baggies, buoyed by their travelling army, dug deep and were back level when Neil Clement’s reliable left boot smashed in a penalty to make it 1-1 at the break. And the winner came from a rather less reliable source of goals (sorry AJ), Andy Johnson. The midfielder rose highest in the area to nod in Jason Roberts’ cross to fire Albion into the fourth round.

Nine months after Igor Balis’ moment of magic from the penalty spot at Valley Parade, the Baggies and Bradford met once again. But this time, it was in the cup. Bradford arrived fresh from a 2-1 win at Wolves in Division One the previous Saturday, but lightning wasn’t about to strike twice in the Black County.

Three goals for Albion. Three for Danny Dichio. And even more impressively, all came in the space of 15 first-half minutes as the Baggies raced into a three-goal lead inside the opening 20 minutes. His first two were headers, meeting crosses from Adam Chambers and Jason Koumas respectively. Dichio’s third was a controlled right-footed finish into the far corner after running on to a clever through ball from Jason Roberts. Job done.

Another memorable afternoon for an Albion forward at The Hawthorns in the FA Cup. This was Simon Cox’s day. The Baggies hosted Championship Cardiff City in January, 2012 in what turned out to be a six-goal thriller. Peter Odemwingie’s fine finish put the home side 1-0 up early on before Cox’s header made it two. Former Albion man Robert Earnshaw pulled one back in front of the Brummie Road to make it 2-1 at the break.

The visitors equalised through Joe Mason five minutes into the second half but the Baggies, and in particular Cox, were able to fight back and ensure safe progression to round four. The former Republic of Ireland international’s fierce drive from outside the box cannoned in off the far post to restore Albion’s lead on the hour mark. And “Coxy” completed his first Baggies hat-trick in added time, slotting home from close range.

Albion welcomed Conference Premier side Gateshead to The Hawthorns for a classic case of Premier League meets non-league in the FA Cup. A total of 86 places separated the two teams ahead of kick-off in a game which saw Tony Pulis officially take charge of the Baggies for the first time.

Gateshead produced a solid first-half showing but lost two quick-fire goals right before the interval – Saido Berahino and Victor Anichebe on target. Having settled into the game thanks to their two-goal cushion, Albion went on to add five further goals in the second 45 with Berahino scoring a further three, sandwiched in between Chris Brunt and James Morrison strikes.