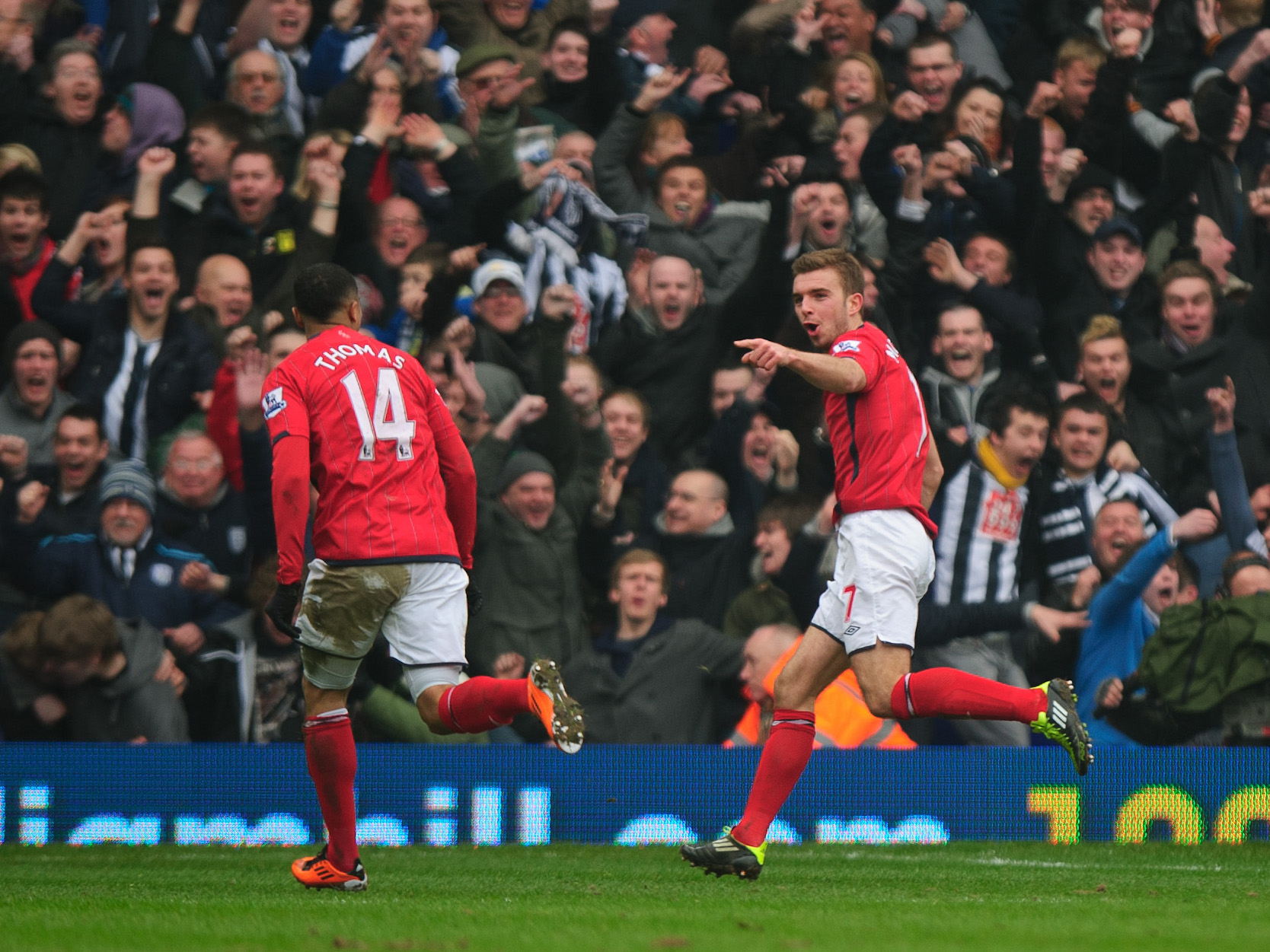 There have been some fierce fixtures between the sides at St. Andrew's over the years - games which have seen season-defining moments play out right before our eyes.

We've delved deep into the archives and picked out some of our most memorable trips to the blue half of Birmingham ahead of our visit this weekend.

Albion came out winners in a five-goal thriller the last time the two sides met in a competitive fixture at St. Andrews. Blues took an early lead through a powerful Lukas Jutkiewicz header, only for Grady Diangana to side-foot home an equaliser shortly after. The hosts were back in front in the opening stages of the second 45 through Harlee Dean but the Baggies had a secret weapon waiting in the wings. Charlie Austin was introduced with 20 minutes remaining and it took him just over 120 seconds to fire the ball into the top corner from outside the box to bring us level. And Austin was on target yet again inside the final ten minutes of the match to secure a huge three points for Albion, directing a downwards header into the far corner away from Blues stopper Connal Trueman.

The Baggies edged beyond Birmingham City to reach the fifth round of the Emirates FA Cup in 2015. Just over 5,500 Albion supporters made the short trip to St. Andrew's where Victor Anichebe squeezed in the game's first goal from a tight angle after 25 minutes. The Nigerian then added his and the Baggies' second ten minutes later, tucking the ball into the far corner. Blues got one back on the stroke on half-time through Jonathan Grounds but it was Albion who held on to secure safe passage in the cup.

Albion travelled to Blues in the Premier League in March 2011 less than a week after Alex McLeish's men lifted the Carling Cup at Wembley. Following an uneventful first 45, the Baggies struck early after the restart when Youssouf Mulumbu poked home past Ben Foster. But Blues replied instantly, with former Chile international Jean Beausejour converting from close range to make it 1-1. James Morrison then produced a moment of magic to fire Albion in front once more, and the points were sealed with 18 minutes remaining when Paul Scharner nodded over the line from a tight angle.

Albion claimed three important points against their neighbours in November 2001 on their way to securing promotion to the Premier League. Midfielder Andy Johnson scored the only goal of the game in the 37th minute, looping a shot (or cross...) over the head of Blues 'keeper Nico Vaesen into the far corner. Danny Sonner was dismissed for the hosts in the final 15 minutes, with the Baggies seeing out the final stages to earn the bragging rights.

Albion came from behind twice to win a hard-fought West Midlands derby at St. Andrew's on a Tuesday night in early February in 1997. Martin O'Connor's smart finish inside the area gave Blues a 1-0 lead but a towering header from Bob Taylor pulled the Baggies back on level terms. Paul Devlin converted a penalty after the break to restore Birmingham's advantage, only for Richard Sneekes to go an equalise with 12 minutes remaining. And with the game drifting towards a draw, 'Super Bob' rose highest at the back post and powered in his second header of the night to send the away end into raptures.