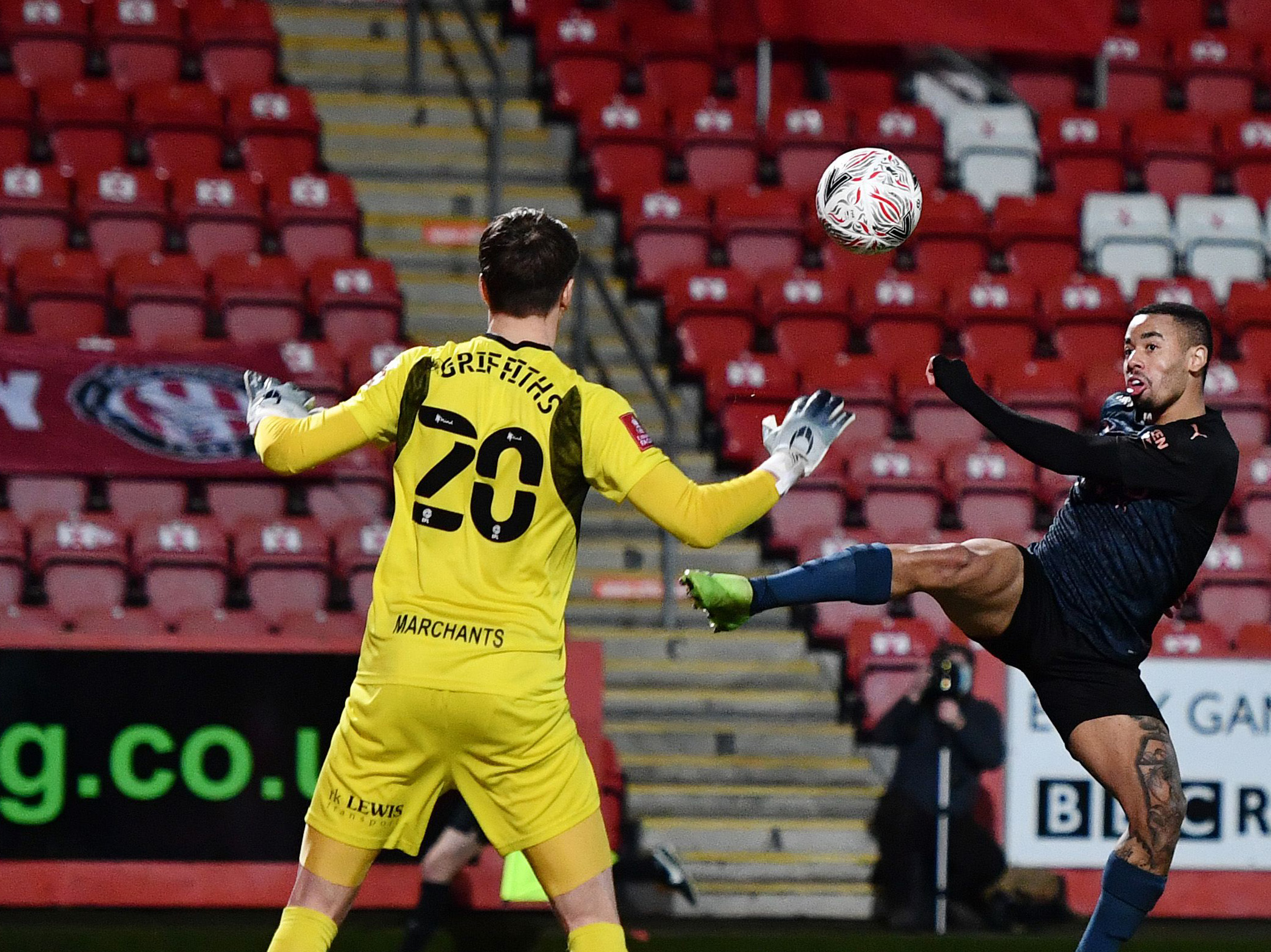 The young pair both gained invaluable experience against the four-time Premier League champions, with Griffiths playing the full 90, while Azaz managed 81 minutes before being substituted. Shortly after Azaz left the pitch, Manchester City staged a comeback to seal a 3-1 win.

Goalkeeper Griffiths put in an impressive display, making a great low save from Ferran Torres with the game goalless, while down the other end, Azaz put Alfie May through on goal, who nearly volleyed the Robins ahead.

Just before the hour mark Cheltenham did take the lead, as May prodded in from close range.

Griffiths was called into action again as the Robins tried to hold on to their advantage, and the Albion stopper made a brilliant block from a Riyad Mahrez strike, rushing out to smother the danger.

However, as the game moved into the final 10 minutes, Manchester City asserted their dominance. Phil Foden side-footed in from a whipped cross to bring the scores level, and then Gabriel Jesus volleyed in from close range to put the visitors ahead. With little time to play, Ferran Torres tapped in a third to cement the Citizens' progress in the cup.

Kenneth Zohore was also in Emirates FA Cup action and played just over an hour for Millwall in their 3-0 home defeat to Bristol City.

Elsewhere, Alex Palmer helped Lincoln City to keep up their promotion push in Sky Bet League One as they beat Northampton Town 2-1 to stay level on points with table-toppers Hull City.

All three goals were scored late on; Conor McGrandles fired the Imps ahead in the 75th minute, then nine minutes later Anthony Scully doubled their lead. But Palmer was denied a clean sheet in the final minute by Northampton’s Danny Rose.