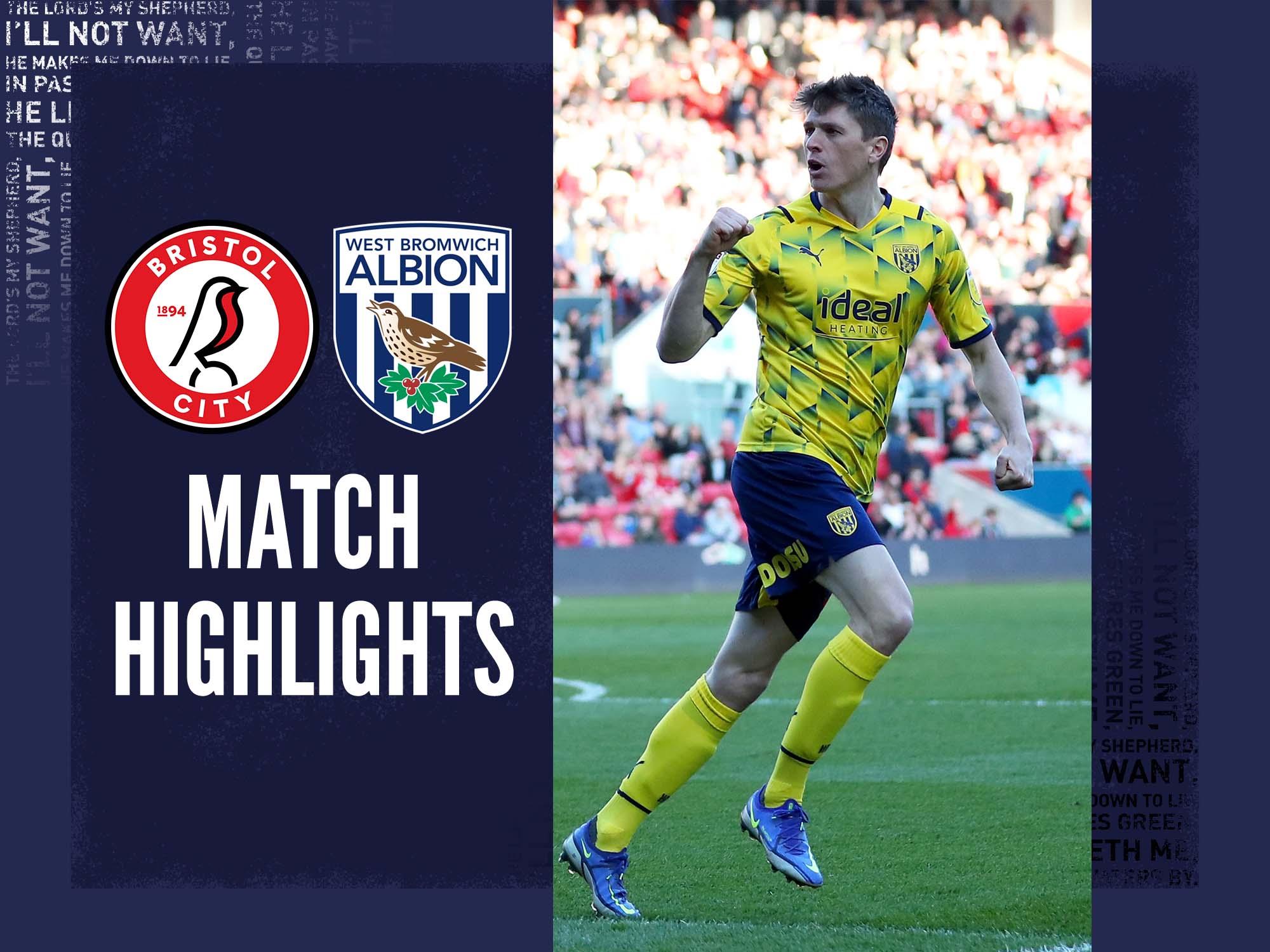 Watch free-to-view highlights from the Baggies' trip to the south west.

The Baggies went into half-time behind after Nahki Wells’ 29th minute goal, but levelled midway through the second period through a Karlan Grant penalty.

City thought they had won it when Andreas Weimann netted near the end – however substitute Adam Reach was able to squeeze in a last-gasp effort past David Bentley to ensure the points were shared.

Steve Bruce named an unchanged team for the fourth consecutive fixture as Albion took to the Ashton Gate pitch bathed in West Country sunshine and were backed by 2,500 noisy supporters.

The early stages were disrupted by an injury to City striker Antoine Semenyo, with little action at either end during the first 25 minutes.

The opening goal arrived alongside the game’s maiden chance just shy of the half-hour mark, though, and it went to the hosts - Robins substitute Wells converting from close-range.

City had their tails up and were pushing for a second before the break but Albion, in part due to an excellent Sam Johnstone stop, managed to get through to the break only one down.

The Baggies came out searching for an equaliser and, after Darnell Furlong headed a corner over and Alex Mowatt saw a shot bravely blocked, Kyle Bartley won a penalty. Despite a lengthy delay, Grant stepped up to side-foot straight down the middle and level with 22 minutes remaining.

Albion were pushing forward yet struggling to create clear-cut opportunities, and they fell behind again when Weimann volleyed home.

But that wasn’t the end of the action – Bruce threw on Reach and he came up with the goods, smashing a low near-post effort past Bentley to earn the visitors a share of the points.