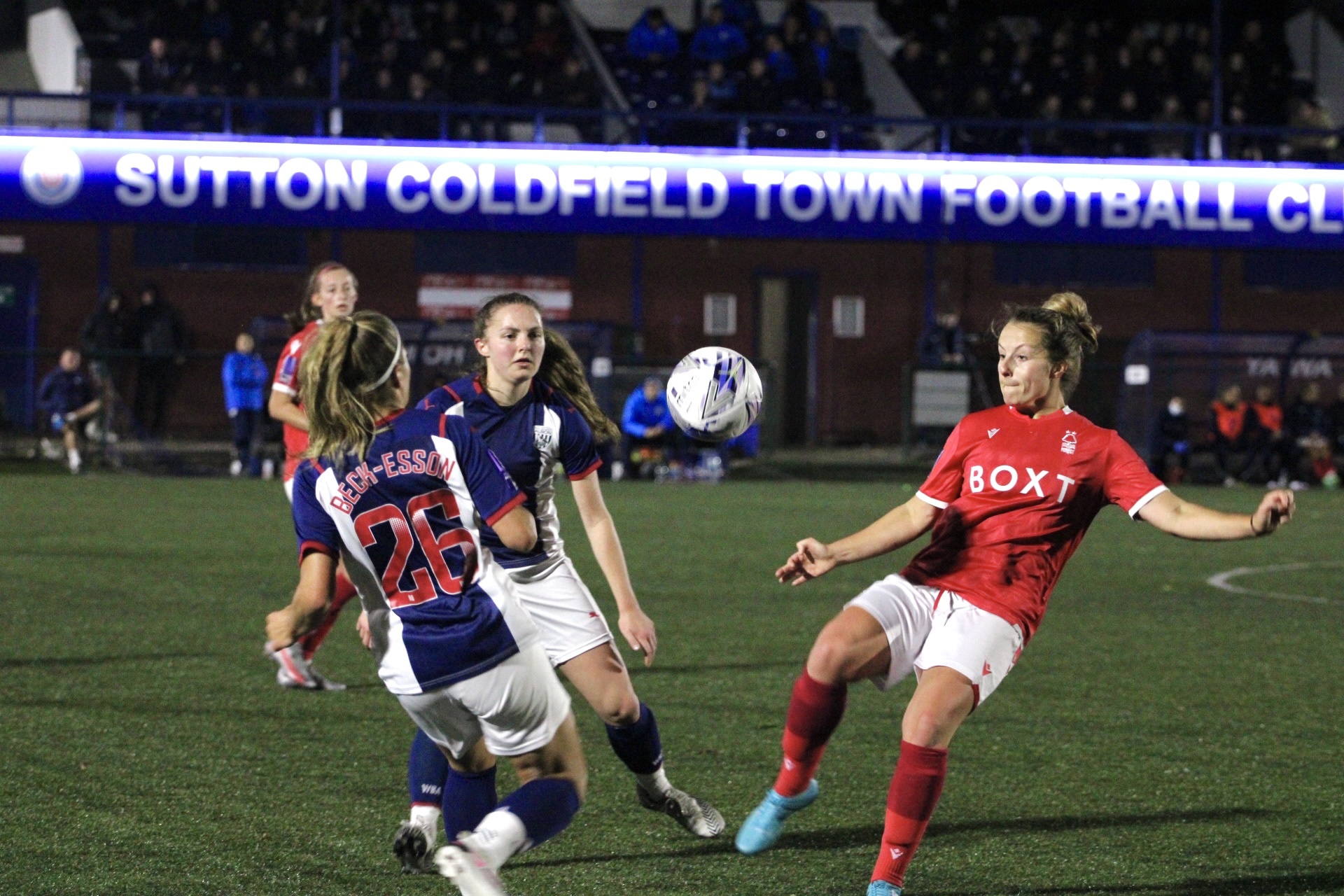 Off their back of their point away at Brighouse Town on Sunday, Head Coach Jenny Sugarman made three changes, bringing captain Hannah George back into the side along with Abi Loydon and Holly Beck-Esson.

The visitors started strongly, putting early pressure on the Albion goal. Rosie Axten was first to come close after five minutes, taking the ball down in the box before volleying just over the bar. Former Baggie Jade Arber was next to try her luck 10 minutes later, turning her marker from a throw-in before placing her effort wide from just a few yards out.

Albion kept their shape well throughout the game and after 20 minutes they had their best chance of the game. Beck-Esson dispossessed a Forest player just inside their half, playing the ball forward to Shannon Stamps who then found Trina Greaves running in on goal, but she couldn’t keep her effort on target.

Just before the break, Arber had another chance for Forest. Latching onto a long ball over the top, the striker saw her first effort saved by Albion keeper Poppy Bastock before blazing her rebound over the bar.

Into the second half and it was Stamps who forced the Forest keeper into her first save of the night. Racing down the wing, she fired in across the edge of the six-yard box, with the ball taking a huge deflection, forcing Emily Batty into a low point-blank save at her near post.

The best moment of the game came with just over 20 minutes to go when Bastock produced a superb reaction save from Arber one-on-one, palming away her headed effort.

Bastock continued to keep the visitors at bay, controlling her area well throughout the game while the rest of her team defended doggedly.