Albion Will Remember Them 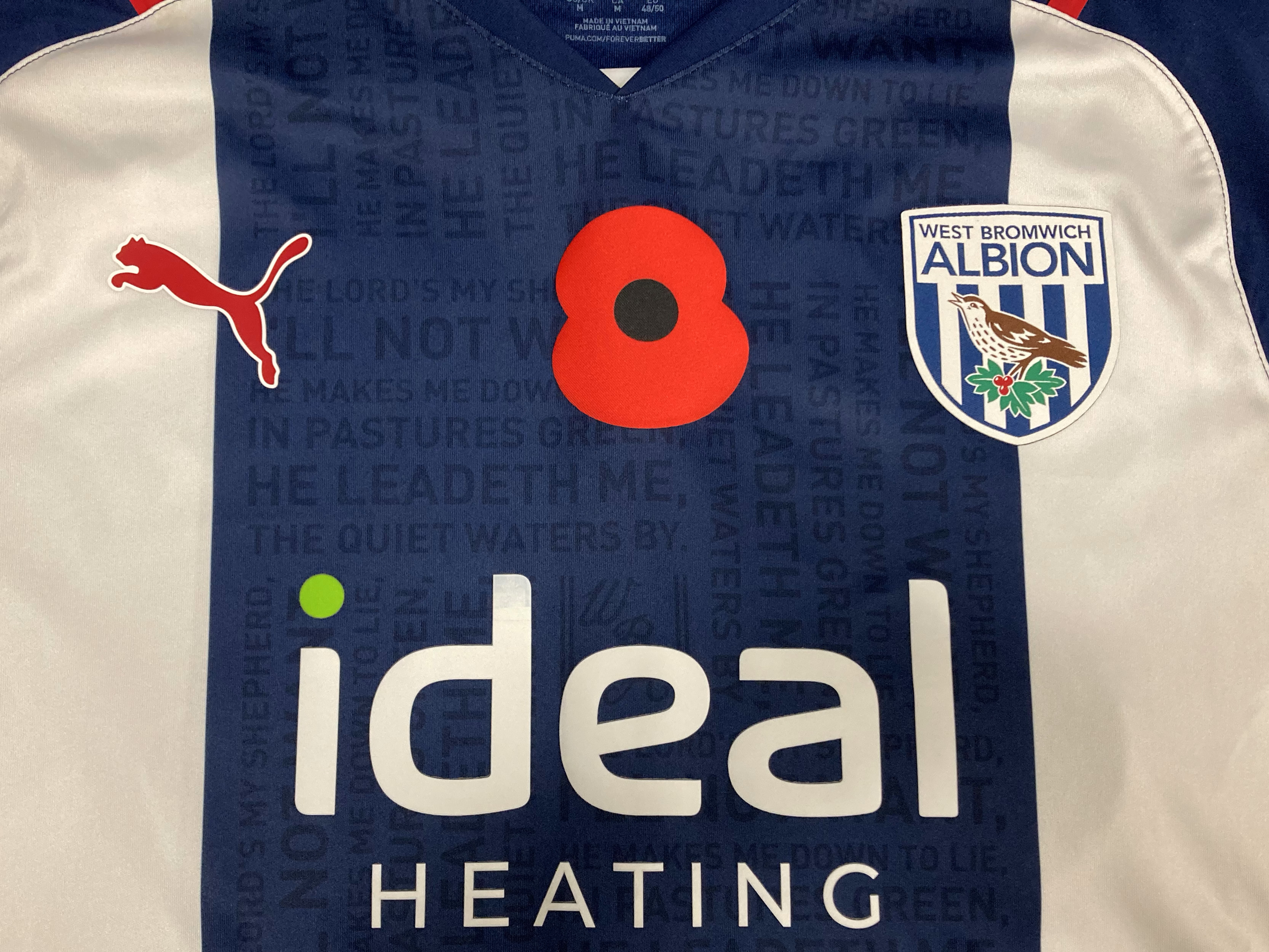 Albion will proudly wear poppy-emblazoned shirts for Saturday's Sky Bet Championship clash with Middlesbrough, and commemorate their dedicated remembrance fixture with a minute’s silence before kick-off.

The Baggies donned poppy-adorned yellow and blue jerseys for the game against Fulham, which are currently being auctioned over at matchwornshirt.com, while shirts from the Boro encounter will also be open for bids from the referee’s first whistle.

Bids on Fulham shirts will end on Friday, November 19, and offers on jerseys from this weekend's match will come to a close on Sunday, November 28.

All proceeds from the shirt memorabilia sales will be donated to the Royal British Legion - the country’s dedicated Armed Forces Charity.

This year marks the centenary of the Royal British Legion. For 100 years they have cared for our active and retired service personnel and their families by supporting them in a variety of ways.

The poppy is the enduring symbol of remembrance for those who have made the ultimate sacrifice for our country and also for those who continue to defend and improve our way of life today.

This resilient flower flourished in the midst of destruction, becoming a symbol of hope and a peaceful future.

Air cadets from 481 (West Bromwich) Squadron of the Royal Air Force will be assisting the RBL’s Poppy Appeal by doing a collection around The Hawthorns.

Players, staff and supporters will take a moment to remember when the Last Post is played by bugle before kick-off, with each captain laying a wreath ahead of the fixture as well.