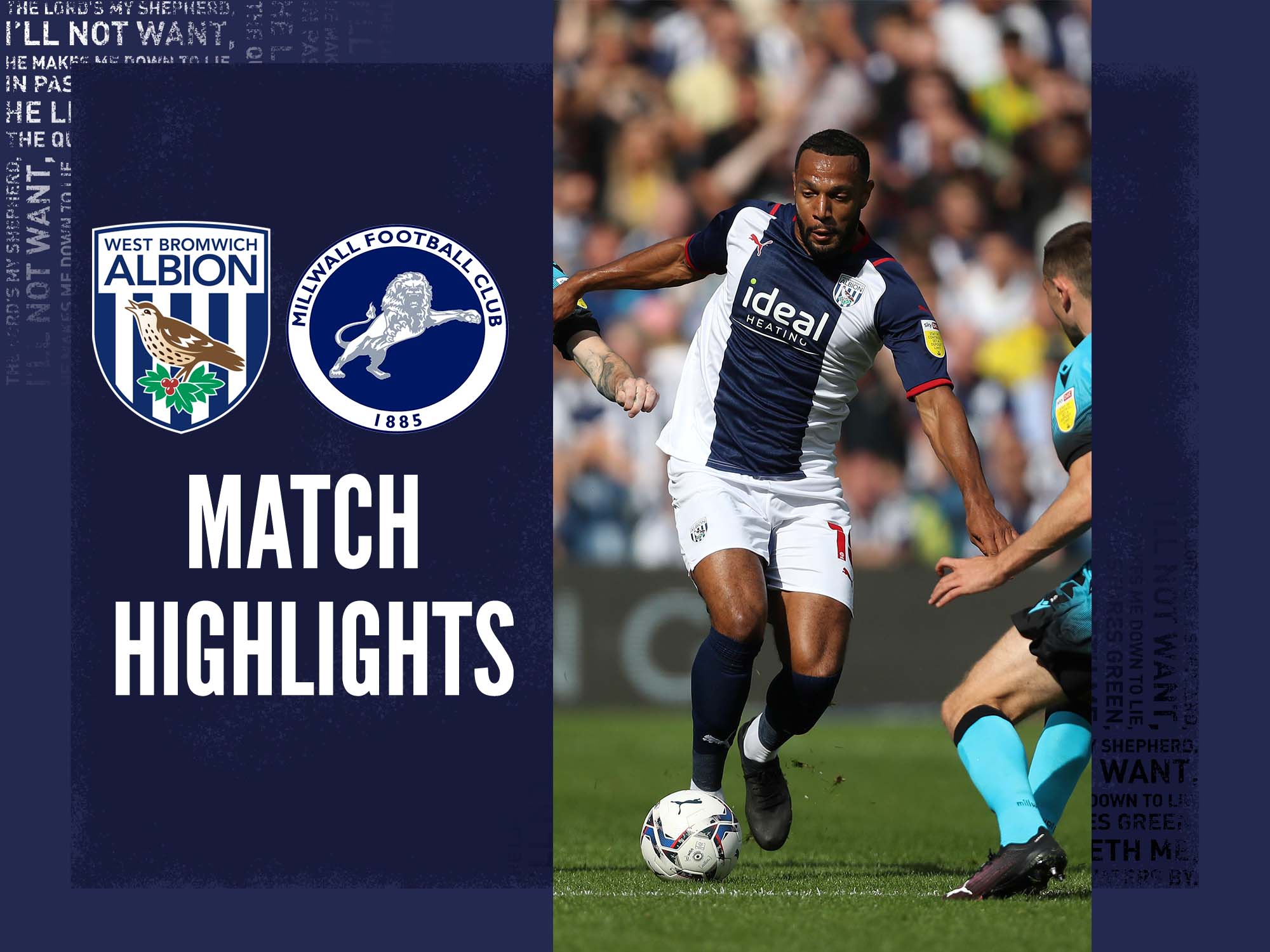 Albion were held to a 1-1 draw by Millwall at The Hawthorns on Saturday afternoon.

Neither side could find a breakthrough during a stop-start first-half, which saw Karlan Grant denied from the spot.

Kyle Bartley gave the Baggies the lead following the restart but his goal was quickly cancelled out when Daniel Ballard netted for the visitors.

Valérien Ismaël made one change to his starting XI as Cédric Kipré replaced the injured Dara O’Shea in the Black Country sunshine.

Sam Johnstone was forced into the first save of the game, stopping Billy Mitchell’s long-range attempt on 12 minutes.

Shortly after, Grady Diangana showed fantastic pace and beat the Millwall defence to a through ball – but his effort was dragged narrowly past the post.

Towards the end of a scrappy opening period the hosts required Johnstone to keep it goalless, the England shot-stopper denying Jed Wallace from close-range with a strong foot.

Jordan Hugill came on for Diangana at the break, and within minutes of the restart Albion were ahead. Conor Townsend sent a superb left-footed cross straight to Bartley, and the centre-back guided it home perfectly.

But Millwall struck back almost immediately, piling on the pressure and netting through Ballard’s well-placed header.

Both teams went in search for a winner and there were opportunities at either end – Ajayi nodded off-target and Hugill dragged wide, while Johnstone denied Millwall’s Sheyi Ojo as well.

Albion had more of the ball and tried to snatch all three points in the final stages, but the goal didn’t come and it finished 1-1.