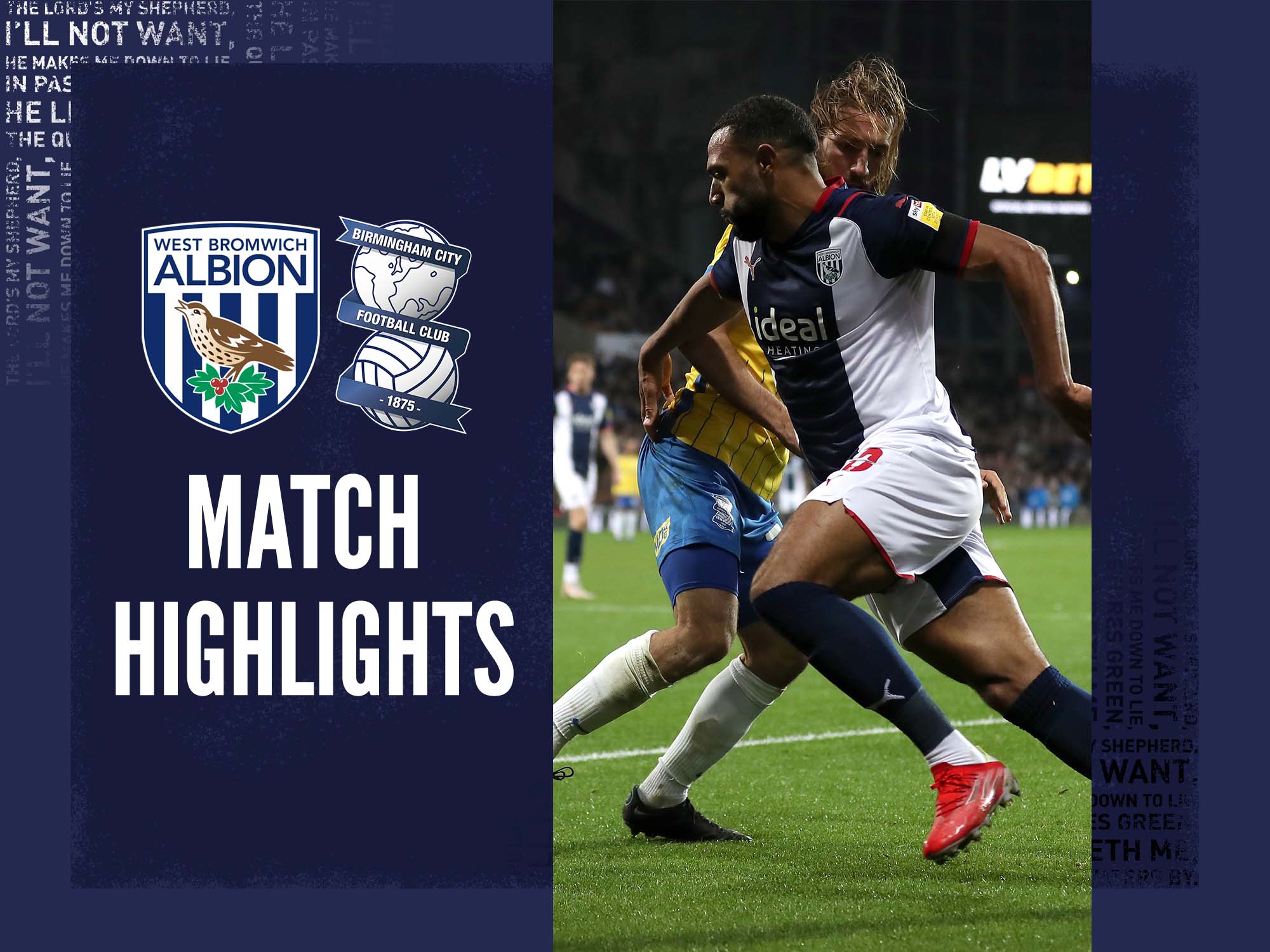 Watch free-to-view highlights of our derby victory over Birmingham City.

Karlan Grant netted his fifth goal of the season as Albion returned to the top of the Sky Bet Championship with a 1-0 victory over Birmingham City at The Hawthorns.

The visitors frustrated the Baggies for much of a quiet local derby but Valérien Ismaël’s men displayed patience and desire to finally unlock the Blues defence with 15 minutes remaining.

In-form forward Grant was on hand to shift the ball onto his favoured right foot, before lashing a powerful drive into the bottom corner to ensure Albion returned to winning ways.

Valérien Ismaël made two changes to his starting XI for the first match after the international break with Adam Reach and Jordan Hugill making way for returning Matt Clarke and in-form Callum Robinson.

The Baggies started brightly in front of a buoyant home crowd and the hosts nearly drew first blood on 15 minutes with Conor Townsend stinging the gloves of Matija Šarkić from 20 yards.

Lukas Jutkiewicz tried his luck for the visitors on 21 but his bouncing 25-yard volley was comfortably gather by Sam Johnstone.

Goalscoring opportunities were at a premium during the first half with Blues sat deep and the Baggies were forced to up the ante – but up it they did when Karlan Grant flashed just over the bar from distance seven minutes before the interval.

City rarely ventured into the Albion half but continued to threaten from set-pieces and went close on the stroke of half time as Jutkiewicz flicked a header just wide of the back post from a long throw.

The Baggies continued to pursue an opener following the break and Townsend had the first shot in anger of the second half, bringing down a high right-wing cross with his left before smashing a right-foot, half-volley well wide.

Albion remained dominant in possession, but it was Blues who again used their little time on the ball to carve out a chance with Hogan tapping wide of the back stick from Bela’s dangerous right-flank ball.

Lee Bowyer’s men countered once more on 64 and should have gone in front as Ivan Šunjić glanced the top of the bar from Scott Hogan’s pullback.

But it was the Baggies who finally broke the deadlock with a quarter of an hour remaining.

Jake Livermore found Grant in acres of space 25 yards from goal before the former Huddersfield strike unleashed a fierce right-foot drive into the bottom left corner, sparking wild celebrations to send the Baggies back to the Championship summit.