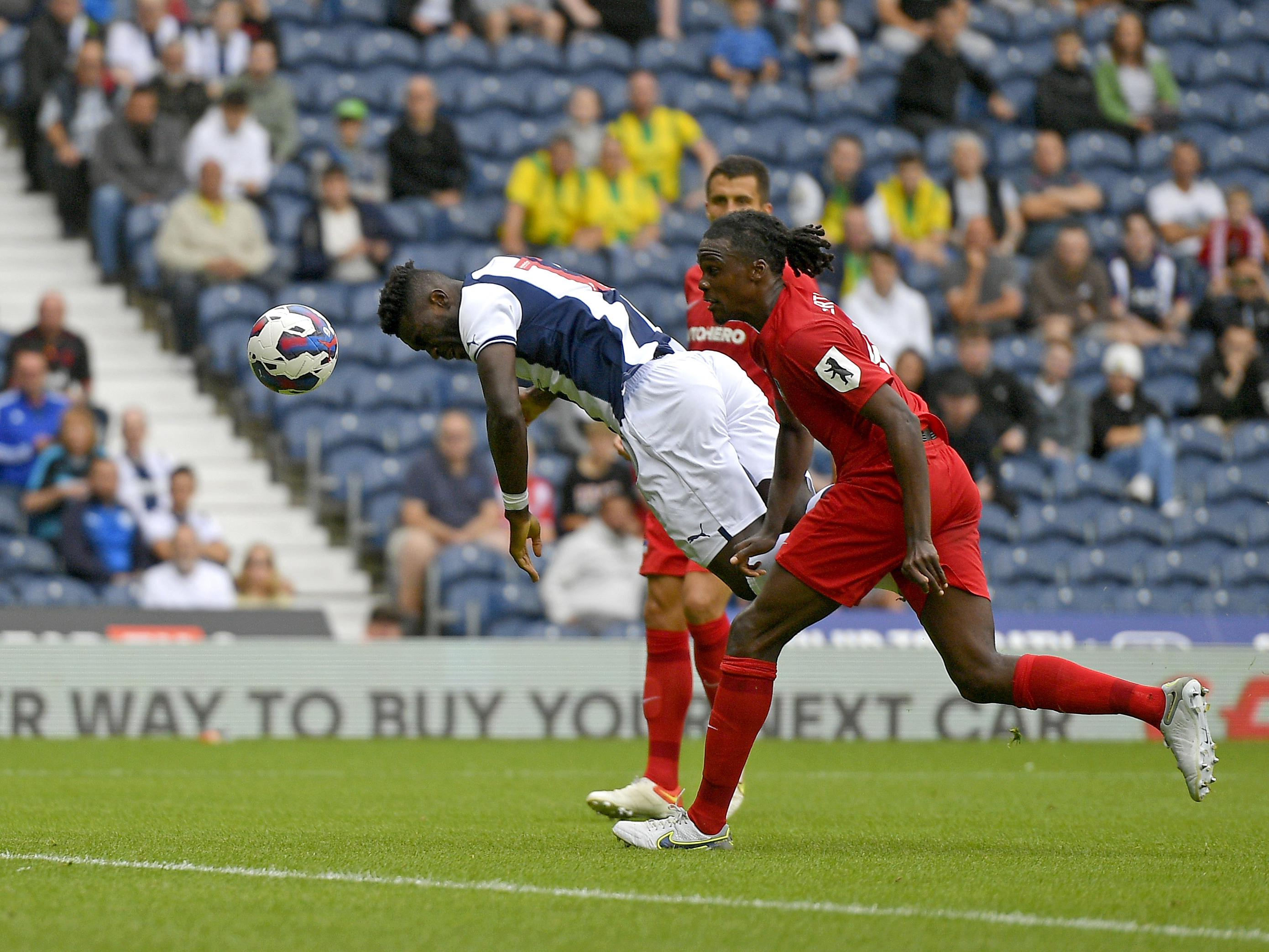 Albion earned a 2-1 win over Bundesliga side Hertha Berlin at The Hawthorns in their final pre-season fixture on Saturday afternoon.

Second-half goals from John Swift and Daryl Dike helped turn the game in the Baggies’ favour following an early strike in the opening 45 from Hertha forward Davie Selke.

New signing Okay Yokuslu was also welcomed back to B71 and was presented to supporters in attendance on the pitch at the interval.

Steve Bruce’s side had the game’s first opportunity in the eighth minute. Smart work from Karlan Grant and Jed Wallace down the right resulted in the latter delivering a low cross into the box which was palmed into the path of Jayson Molumby, only for the Republic of Ireland international to see his goal-bound effort cleared off the line.

But it was the Bundesliga outfit who took the lead in B71 just five minutes later. Clever, one-touch football from Hertha Berlin opened up an opportunity for forward Selke and he calmly slotted past David Button from inside the area.

The visitors had further chances in the first 45, but Kevin-Prince Boateng fired over from the edge of the box and Dodi Lukebakio flashed a shot across the face of goal.

The Baggies almost drew level right at the end of the half. Swift’s well-struck free-kick looked to be heading for the top corner, only for the ball to cannon back off the crossbar.

Hertha Berlin made an energetic start to the second period and could’ve doubled their lead when defender Dedryck Boyata met Marvin Plattenhardt’s corner, but the Belgium international couldn’t keep his header down in front of the Smethwick End.

And the Germans were made to pay for that miss with 20 minutes remaining. Grady Diangana was introduced to the action and the winger made an instant impact, dancing round the defender before delivering a perfect cross onto the boot of John Swift, whose delicate touch sent the ball beyond Oliver Christensen in the Berlin net.

The Baggies then added a quickfire second, edging ahead just three minutes later through another substitute.

Wallace’s teasing cross from the right landed on the head of Dike, with the American glancing his effort into the far corner.

The away side had a chance to respond with just over ten minutes remaining when Stevan Jovetic found himself in a shooting position on the left side of the area, but the forward’s strike was thwarted by Button.

Both Albion and Hertha Berlin pushed for further goals, but none came and the Baggies hung on to secure a welcome win ahead of the start of the Sky Bet Championship season next weekend.