The Club fully supports the Modern Slavery Act 2015 (the “Act”).

This statement is made pursuant to section 54(1) of the Act and constitutes West Bromwich Albion Football Club Limited’s anti-slavery and human trafficking statement for the financial year ending 31 July 2020.

West Bromwich Albion Football Club is an English professional football club which was established in 1878 playing under the rules and regulations of various governing bodies including (but not limited to) FIFA, UEFA, The English FA, the Premier League and the English Football League. It is a registered limited company (with the registered company number 03295063).

The Club’s supply chain is comprised of external suppliers that provide the products and services the Club purchases, including (but not limited to) providers of:

Policies in relation to Slavery and Human Trafficking

The Club does not support or knowingly deal with any business involved in slavery or human trafficking.

The Club has internal policies in place and ensures that such policies are reviewed on a regular basis, including a specific Anti-Slavery / Human Trafficking Policy and Whistleblowing Policy which reflects its commitment to acting ethically and with integrity in all of its business relationships and in implementing and enforcing effective systems and controls to ensure that slavery and human trafficking is not taking place within the Club or its supply chains.

As part of the Club’s due diligence processes into modern slavery and human trafficking, the supplier approval process is key to ensure that slavery is not present within the Club’s business or its supply chain. Specifically:

Imported products, particularly merchandise and training/playing kit, from third parties based outside the UK are potentially more at risk of modern slavery issues. We expect non-UK based suppliers to have suitable anti-slavery policies and processes.

Additionally, by the very nature of professional football, another high risk area is that of “third-party ownership” where the ownership of a player's economic rights is held by third-party sources, such as football agents, sports-management agencies, or other investors.

The level of management control required for these high risk areas, along with all others, will be continually monitored by the Club and individually by its suppliers.

The Club’s Safeguarding Officer is a direct link for all staff (including all players (this also includes academy players)) and consumers / customers to raise any concerns and/or issues they may have in this area.

The team work in conjunction with various public bodies across Greater Birmingham and the Black Country and regular safeguarding training is provided to staff who work directly with vulnerable groups.

Specifically in relation to match days, the Club’s stewards have received specific training on the identification of potential safeguarding issues and how and to whom to report these. Members of the Club’s safeguarding team are also present at matches.

The Club is committed to improving practices to combat slavery and human trafficking.

In accordance with the requirements of the Act, this statement can be found on our website and will be reviewed annually. 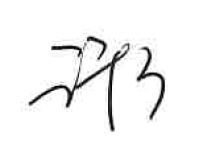