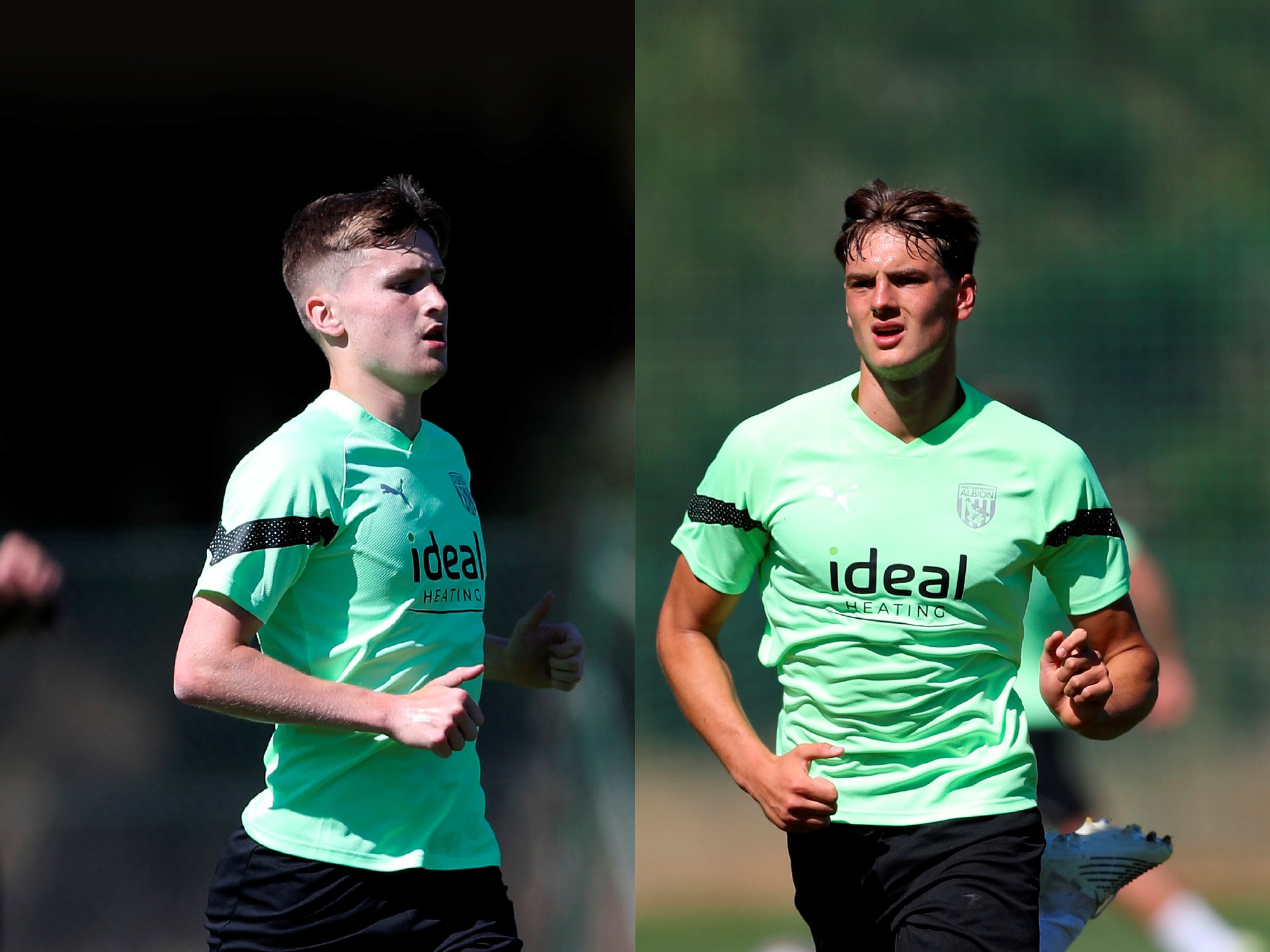 Albion youngsters Zac Ashworth and Caleb Taylor have signed new contracts at The Hawthorns, committing their futures to the club until the summer of 2025.

The pair have risen through the academy ranks since joining Albion as under-10s, and both enjoyed successful campaigns last time around, earning first-team debuts and helping the Baggies’ PL2 group lift the Premier League Cup.

Commanding centre-back Taylor, 19, made his bow in the Carabao Cup tie against Premier League Arsenal back in August 2021, and went on to make two further appearances in the senior side last term.

Versatile left-back Ashworth, 19, stepped off the bench to make his first-team debut against top-tier outfit Brighton during January’s Emirates FA Cup tie and Zac gained two more opportunities under Manager Steve Bruce at the end of the 2021/22 season.

And Ashworth’s impressive conclusion to the campaign prompted an international call-up, with the youngster earning his maiden appearance for the Wales Under-21 side during a UEFA European Championship qualifier against Gibraltar in June.

The defensive duo joined Albion's pre-season training camp in Portugal, with Ashworth scoring a stunner in the friendly win over Leyton Orient on Monday.

Check out the best of the action from our friendly with @leytonorientfc over in Portugal.

In addition, the club can confirm young attacker Samuel Okoka has signed his first professional contract at The Hawthorns after penning a one-year deal.

The pacy attacker has committed himself to Albion until the summer of 2023, with the option of a further year in the club’s favour.

Congratulations on your new deals, lads!