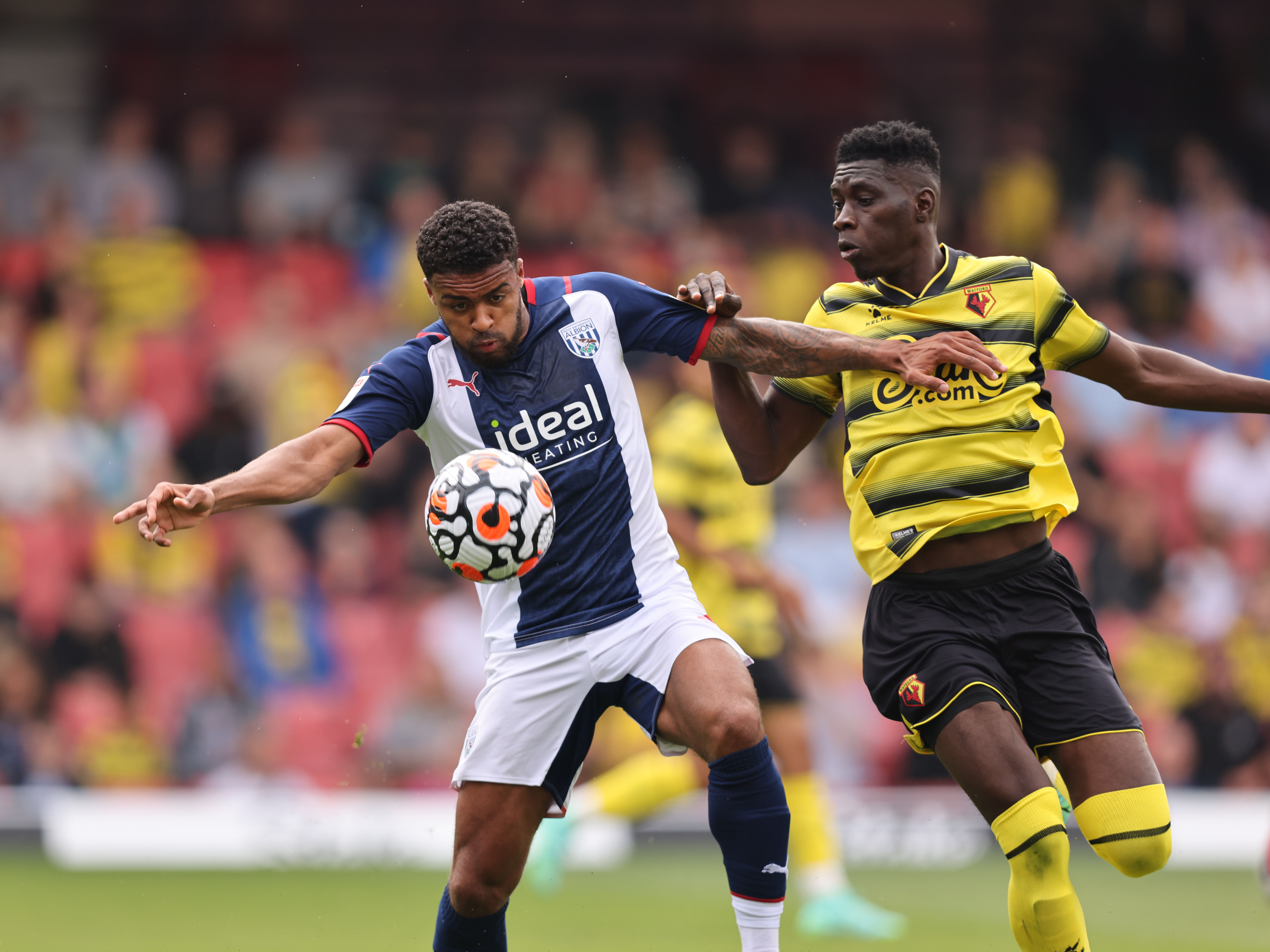 Albion retained their unbeaten record in pre-season with a 0-0 draw against Premier League Watford at Vicarage Road.

Approximately 500 Albion fans made the trip to Hertfordshire to witness an entertaining friendly, with both sides creating a number of scoring opportunities in an end-to-end encounter.

Valérien Ismaël made one change to the side that beat Sheffield Wednesday on Tuesday as Dara O’Shea replaced Cedric Kipre in the starting XI.

Now accustomed to their new 3-4-3 formation and pressing style the Baggies were the better side in the early stages – aside from a golden opportunity for Ismaila Sarr to give the hosts the lead – and created several chances prior to the mid-half drinks break.

Grady Diangana twice tested Ben Foster, initially with a stinging low drive, before attempting to lob the former Albion man who was forced to retreat to save his blushes.

Conor Townsend also went close with a low left-foot drive from a cleared corner, but his deflected effort flashed wide from 25 yards.

Energetic Albion, backed by cries of “press” from Ismaël, continued to cause the Hornets problems and carved out another chance when Mowatt played in Phillips, but Foster was again on hand to smother a shot from his former team-mate.

Dara O’Shea headed wide of the back post from Phillips’ deep free-kick before Alex Mowatt fired straight at Foster from distance and the two sides went into the interval level, with Ismaël likely disappointed his side had not taken the lead.

Sarr went through for the visitors five minutes after the restart but Jake Livermore hunted him down, providing a perfectly-timed, last-ditch tackle to prevent an almost-certain goal.

Watford went closer still on 52, with Dapo Mebude dragging across goal and wide of the left upright from an acute angle.

The hosts were on top as the hour-mark approached and David Button was forced into action for the first time, providing an excellent one-handed parry to deny Sarr from 12 yards.

Robinson came close to opening the scores with 15 minutes remaining, but Rob Elliot – on for Ben Foster at half-time – dived full-stretch to force the ball wide.

Albion continued to press and went close once more when Matt Clarke nodded over from Romaine Sawyers’ left-flank corner.

But a winner did not come for the impressive Baggies who will now turn their attention to Tuesday’s friendly at Walsall.