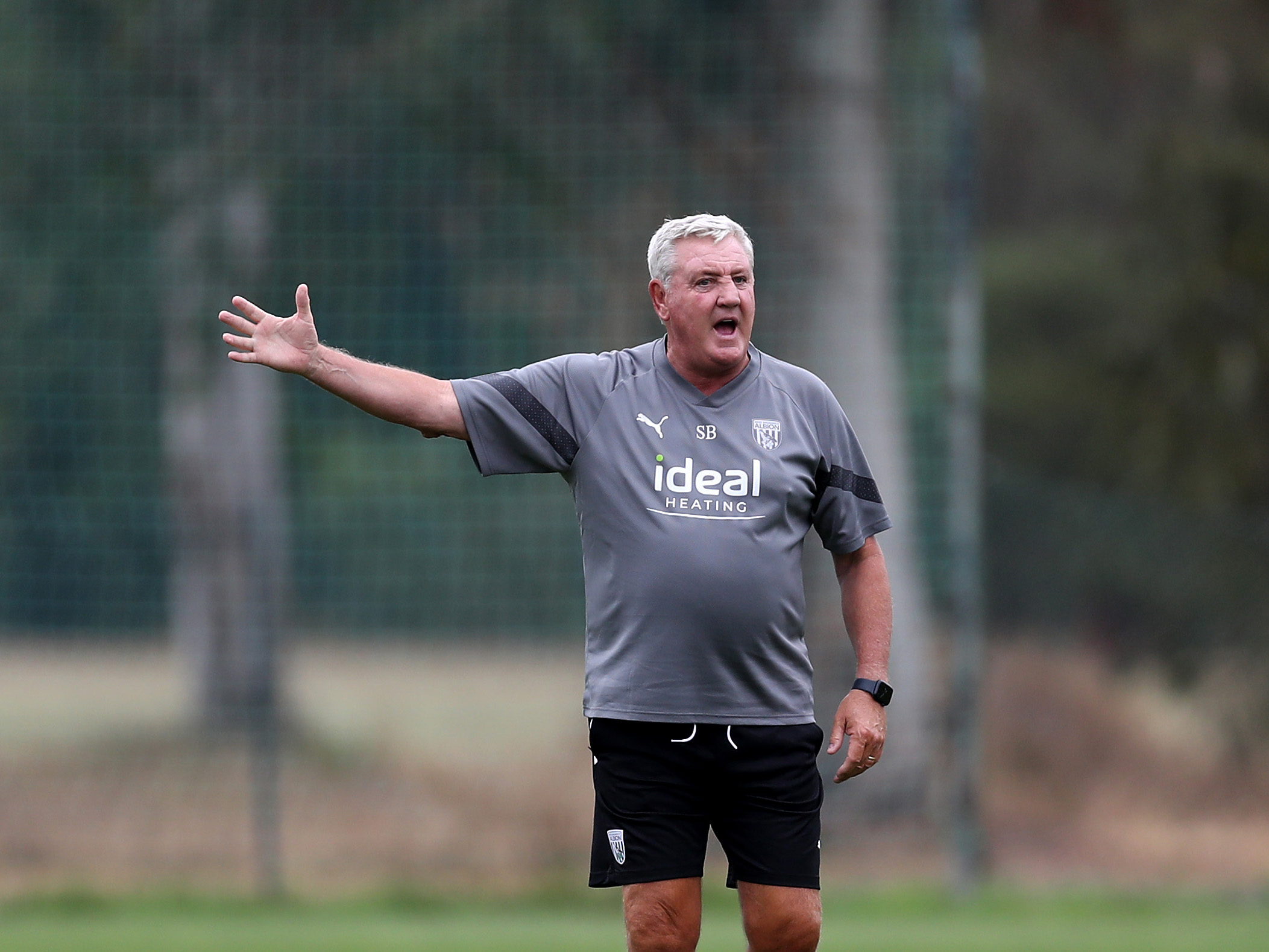 Steve Bruce says it’s vital Albion hit the ground running in the Sky Bet Championship this season as his side target promotion to the Premier League.

The Baggies travel to Middlesbrough on Saturday evening (ko 5.30pm) for their first game of the 2022/23 campaign.

And the boss believes preparations have gone as well as he could’ve hoped for, but insists the “proof will be in the pudding” once the competitive action gets underway.

Bruce said: “The new season is upon us and I think everybody is really looking forward to it.

“We couldn’t have wished for a more difficult start, but it’s going to be a really good game up at Middlesbrough, a game which is live on the television.

“Pre-season has gone as well as we could have expected with people staying fit so it’s all to play for.

“I’ve got huge respect for Chris Wilder and I’m convinced Middlesbrough will be there or thereabouts.

“I don’t think he’ll change from his philosophy. I’ve been a big admirer of his for a long time.

“He’s a very good manager and whenever you come up against one of his teams you know how difficult it will be.

“There’s always an expectation here when this club is in the Championship. The expectation is for this club to be fighting for promotion and we have to live with that and deal with it.

“Pre-season always helps in terms of how we’ll play and getting the players to understand several aspects and their jobs.

“We’re ready. We’ve done everything we can to ensure we have a positive start.

“It’s really important that we hit the ground running. Our preparation has gone well, but as is always the case, the proof will be in the pudding.”

Jed Wallace and John Swift will be hoping to make their Albion debuts up at the Riverside Stadium this weekend, while other summer signing Okay Yokuslu could also be in contention for a place in the matchday squad.

Bruce believes the trio add significant quality to his side.

“To be successful in this league you need a squad of players because the games come thick and fast. We’ve got really good competition for places.

“The area I thought we needed improving was the top end of the pitch and certainly the additions of Jed Wallace and John Swift will help us.

“We’ve done fantastically well to get both players.

“Of course, we’ve got Okay too, which is obviously a very popular signing.

“All three players are quality players and I’m sure they’ll have a positive impact on our fortunes this year.”