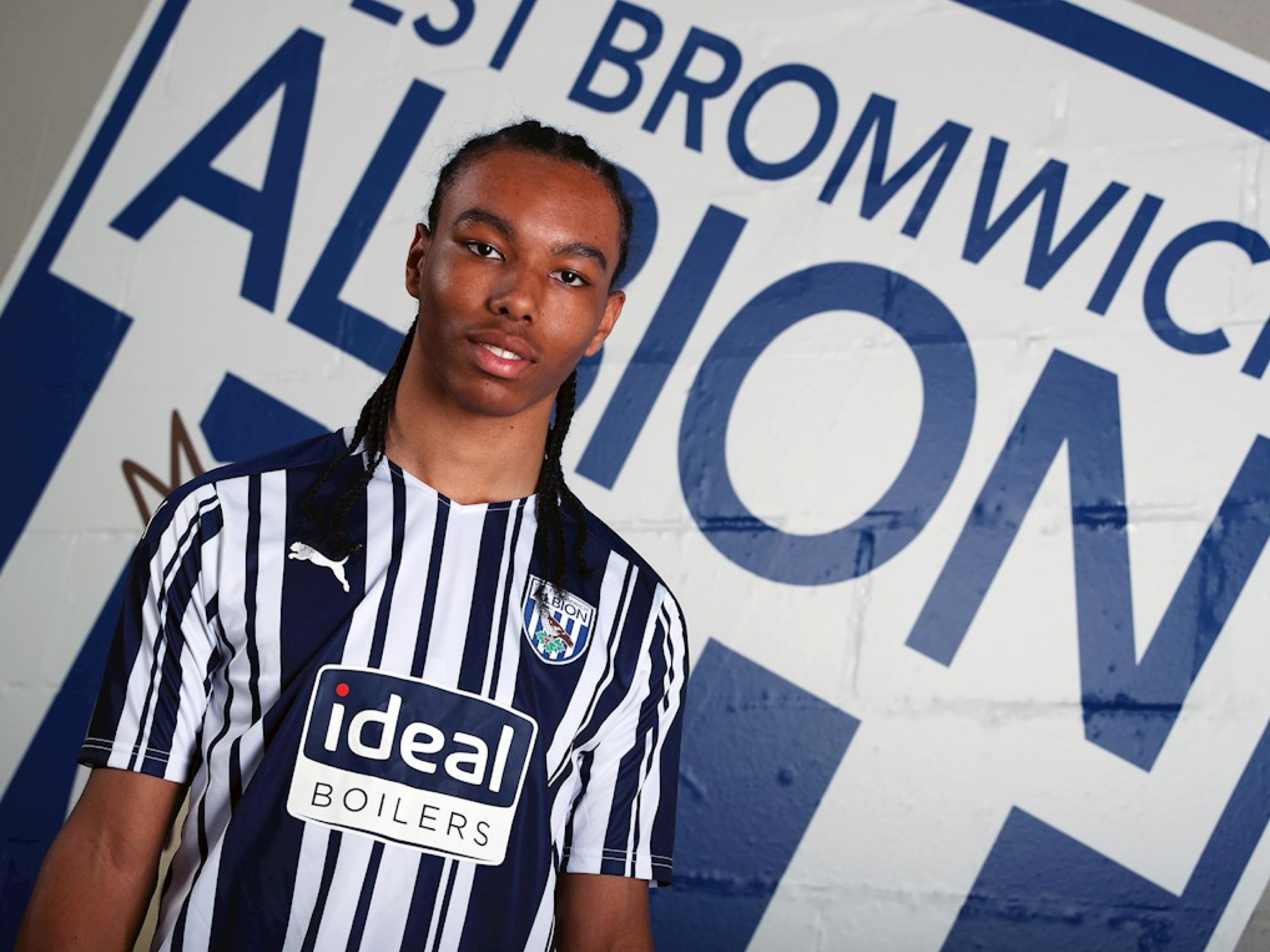 Albion are today delighted to confirm that Rico Richards, one of the Academy’s brightest young prospects, has signed a new three-year contract.

Rico, who is 17 next month, has pledged his future with the Baggies after spurning the advances of a string of rival clubs.

Academy Manager Richard Stevens said: “This is great news for the club and exciting for all concerned.

“It’s not a secret that we have lost some young players to other clubs in recent times. But this shows the continuing commitment of the Club to the programme and it’s great for the Academy to see that the pathway for elite young footballers remains clear.”

Rico, who first came to Albion as a seven-year-old, has become an increasingly-coveted talent in Academy football and has already trained with Slaven Bilić’s first team squad.

In the last year alone he has represented Albion's under-16s, 18s and 23s, as well as England at youth level, in addition to partnering an impressed Charlie Austin in some first-team training games.

Richard added: “He’s had an injury to cope with too so it has been a hectic year for him despite the pandemic.

“Rico is a creative player who can make things happen and we are looking forward to continuing his development.

“He will need a good pre-season, as will all of the Academy players, because of the disruption to the programme caused by Covid. However, we don’t have to rush things and can build up gradually.

“But he’s got some targets that will suit him and if we can get him around that first team group so much the better.”

Sporting and Technical Director Luke Dowling added: “It’s great news for the club and I’m delighted for Richard who has worked hard to ensure Rico saw his future path with us.

“It’s an important decision for Rico and his family and now we need to let the fuss die down a little, get him back on to the pitch and see if – as we believe – he can get in and around that first team group.”

And Rico said: “I’m delighted that everything has been sorted out and I can now get on with my football.

“I can’t wait to get started again – I just want to keep on developing my game and Albion is the best place for me to do that.  It’s an exciting time for the club.”

At 16, Rico made eight appearances for Albion Under-18s pre-pandemic, five of which were starts, scoring three. He also represented the Baggies’ PL2 side, playing 48 minutes of their 3-1 win against Fulham.

Rico has played for England Under-16s and in January his promise and progress saw Slaven Bilić name him in the matchday squad for the Baggies’ 1-0 win against Charlton Athletic in the FA Cup.

And the buzz around his potential was raised a level when Rico scored a hat-trick to inspire Peter Gilbert’s side to a thrilling 5-3 victory against Manchester United in the U18 Premier League Cup in November.