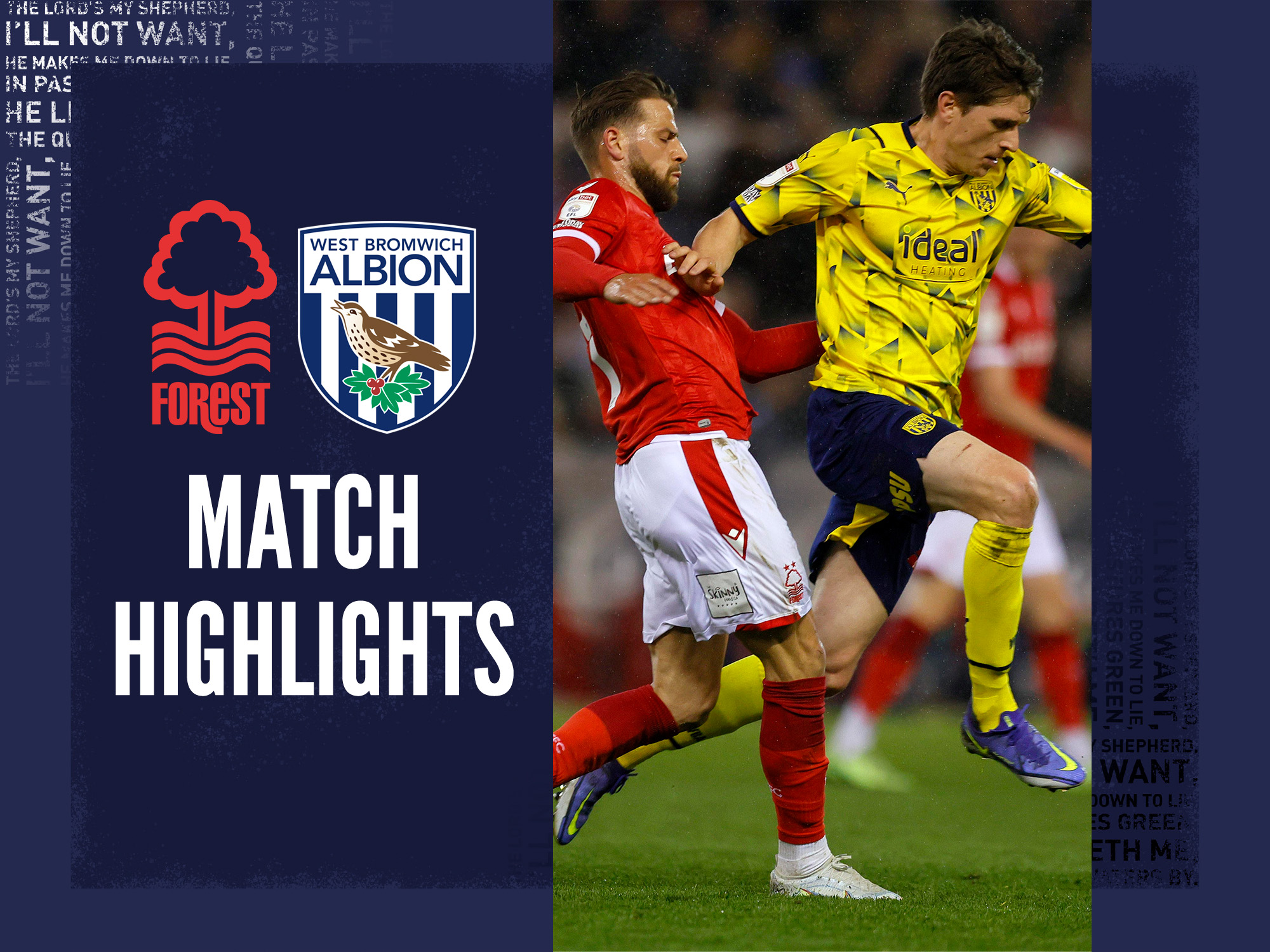 Watch free-to-view highlights from Monday's trip to the East Midlands.

Albion were beaten 4-0 by Nottingham Forest at the City Ground on Monday night.

The hosts effectively won all three Sky Bet Championship points thanks to first-half goals from Brennan Johnson, Ryan Yates and Jack Colback after Darnell Furlong had been given a red card for the Baggies.

Sam Surridge then rounded-off the scoreline in second-half added time for the play-off chasing home side.

But a difficult evening for Albion got off to the worst possible start when Darnell Furlong was given his marching orders on 19 minutes – the right-back shown a second yellow for handball inside the box – and Johnson netted the subsequent spot-kick.

Midway through the first-half Forest doubled their lead thanks to Yates’ header from a corner.

And a miserable opening period was brought to an end by Colback netting the hosts’ third with a spectacular volley in stoppage time.

Albion limited Forest to fewer opportunities in the second 45, however the hosts managed to score a fourth in the 93rd minute –Surridge converting past David Button.

The Baggies are next in action at The Hawthorns on Saturday, facing Coventry City (KO 3pm).