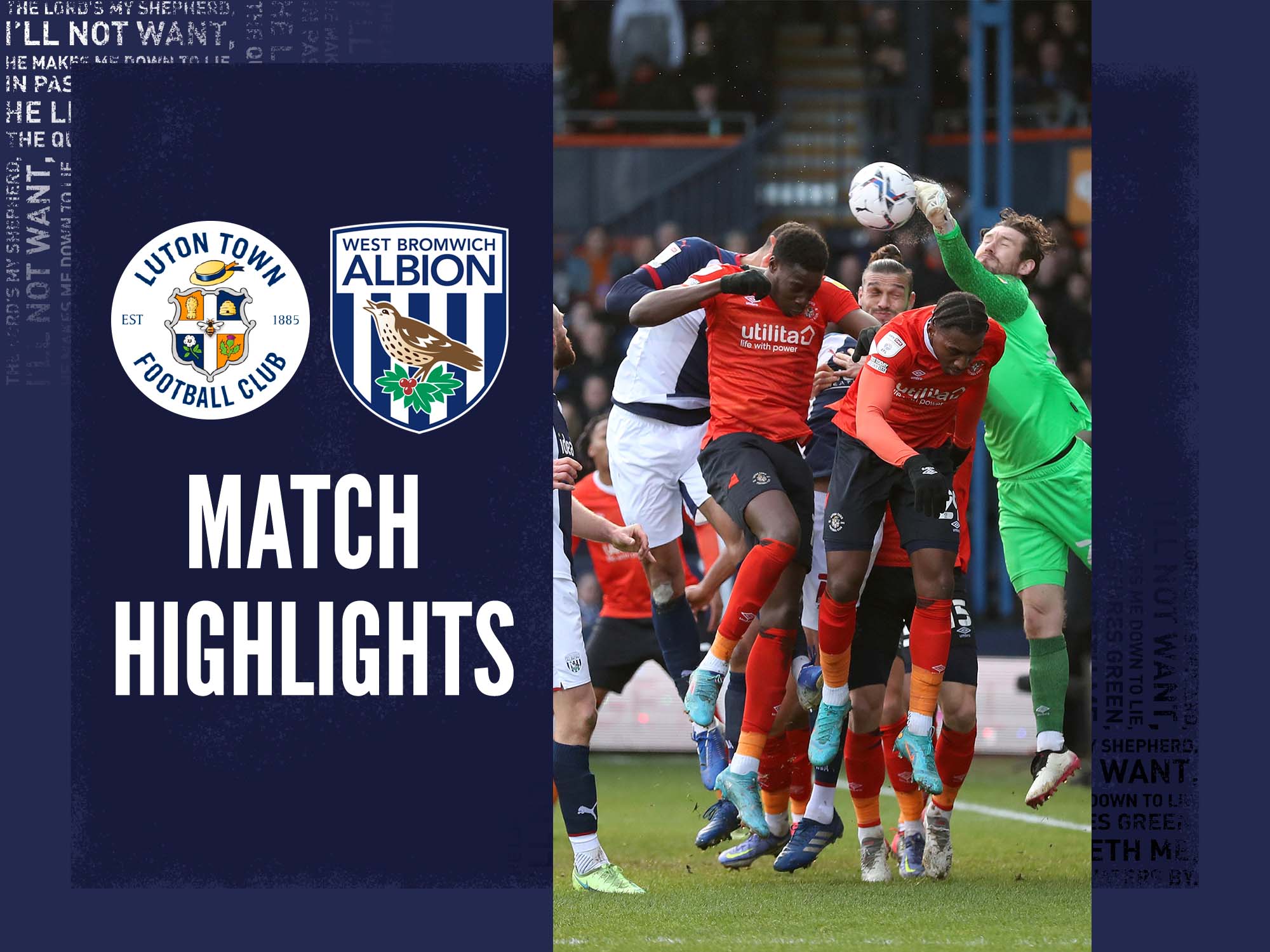 Albion were beaten 2-0 at Luton Town in the Sky Bet Championship on Saturday afternoon.

Both sides hit the woodwork during a goalless first period, with Cameron Jerome’s 55th minute header opening the scoring.

Allan Campbell’s strike in the final stages then consigned the Baggies to defeat in Bedforshire.

Steve Bruce’s team are back in action with a trip to Middlesbrough on Tuesday night.

Bruce made one change to his XI from Monday’s draw against Blackburn, bringing Kyle Bartley in for Callum Robinson.

The Baggies boss also opted to switch formation – and it certainly helped his side create early on. Within the opening 20 minutes, Andy Carroll nodded Reach’s cross into the hands of Jed Steer, Matt Clarke headed a chance wide and Karlan Grant saw a low effort fumbled just past the post by Luton’s goalkeeper.

Following a lull in play during the middle section of the half, Albion ramped things up again in the build-up to the interval. Steer did well to deny Carroll’s low volley before, shortly after, a defensive mix-up gave Grant an opportunity at close-range, but his lob came back off the crossbar.

Against the run of play Luton then thought they had snatched the lead, however Jerome’s finish hit the post and – somehow – it remained goalless at half-time.

10 minutes into the second half the hosts did manage to edge ahead, though. Kal Naismith’s whipped free-kick found Jerome in the box, who made no mistake in guiding his header home.

Despite a couple of attacking introductions, Luton managed to wrap up the three points towards the end – Campbell smashing a shot in from distance.

Albion nearly pulled one back when Carroll hammered the crossbar late on, yet it stayed 2-0 to ensure the away side left Luton empty-handed.