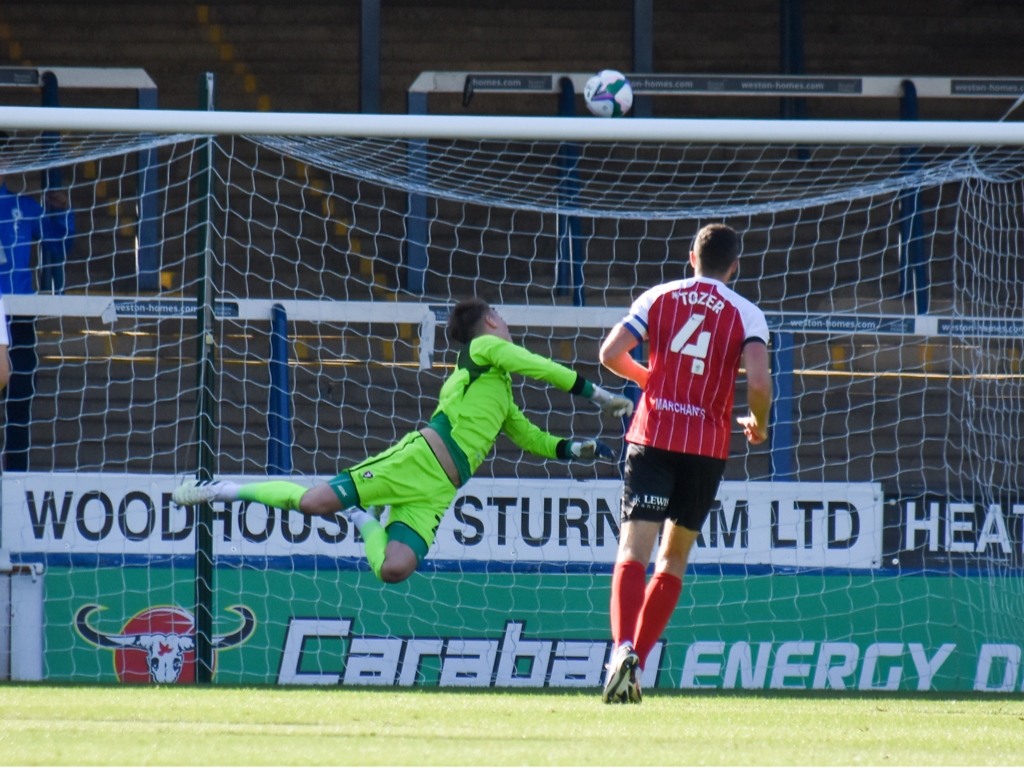 Albion stopper Josh Griffiths is determined to build on Saturday's man-of-the-match display on his senior debut for Cheltenham Town.

The Sky Bet League Two side kicked off their season in the Carabao Cup with a 1-0 win against League One outfit Peterborough United, with 19-year-old keeper Josh producing a number of fantastic saves to ensure their progression in the competition.

And the Hereford-born Academy graduate, who is on a season’s loan with the Robins, saw plenty of positives from his and Cheltenham’s performance at London Road and is hoping his first taste of English Football League action this year will further his development with the Baggies in the future.

“It’s a massive confidence booster not just for me but for the whole team,” said Griffiths.

“The game was a different feeling and level to under-23s games because it’s quicker and there’s a bit more on the line.

“I’ve got friends at West Brom who I’ve known from a young age so it’s hard not going in everyday and having a laugh and joke with them but, in a sort of selfish and career-driven way, you’ve got to step out of your comfort zone and try new things so it was never in doubt.

“There’s that little bit more riding on these games and there’s a real goal to get promoted this season. You can see how much it means to everyone and what they’re playing for adds a bit more drive and intensity.

“I feel I perform to my best when there’s that pressure on me so hopefully I can be a big part of that.”