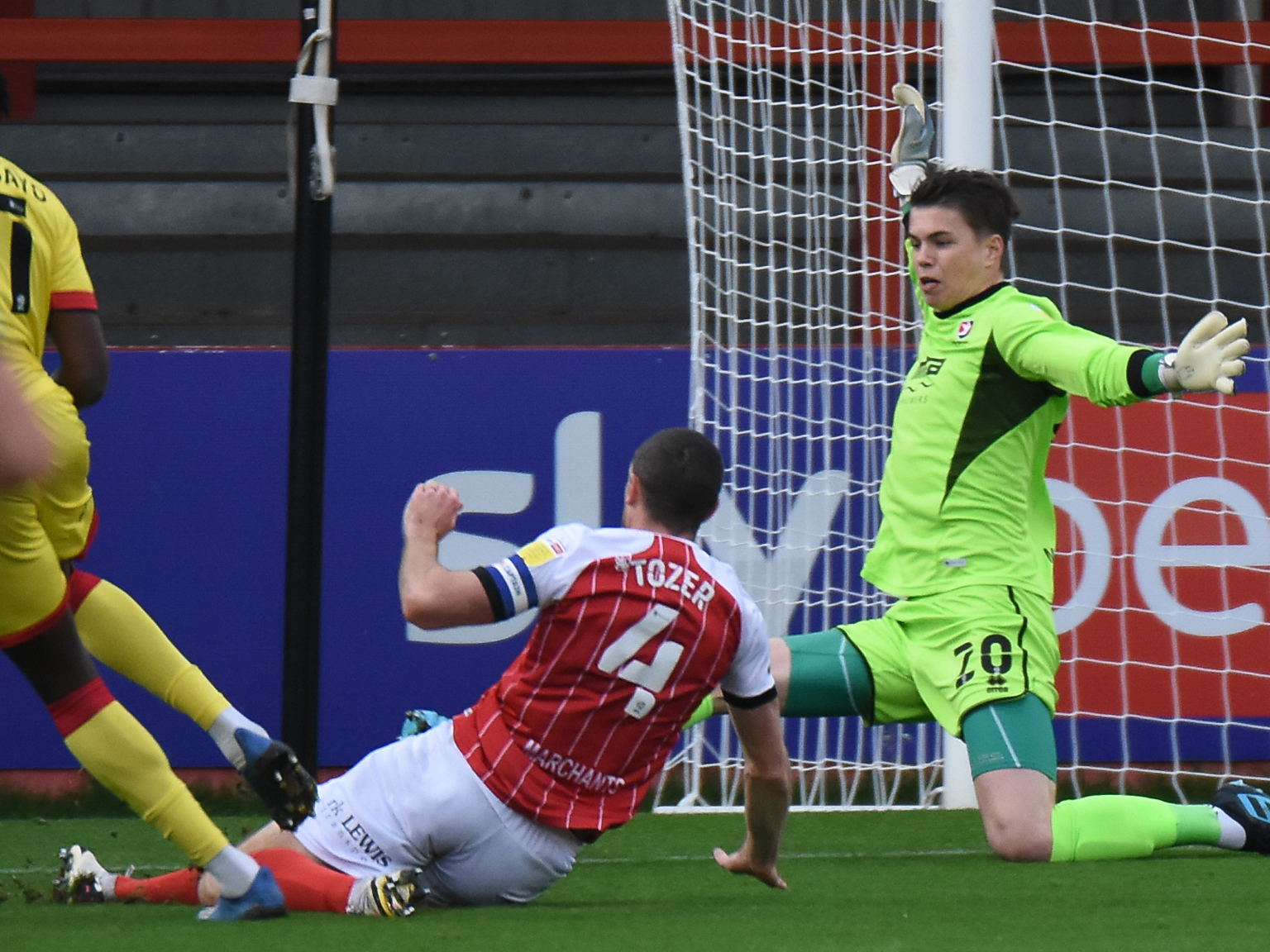 Josh Griffiths and Finn Azaz helped loan side Cheltenham Town welcome fans back by winning a 5-3 thriller at the weekend.

Azaz started his third game in succession since returning from an ankle injury and played an important part in two of the Robins’ three first-half goals.

Goalkeeper Griffiths made his 19th start from 23 games in Saturday’s entertaining contest, as Cheltenham cemented their position in the Sky Bet League Two automatic places.

Fellow keeper Alex Palmer impressed between the sticks as he helped in-form Lincoln keep another clean sheet and stay on the trail of top spot in Sky Bet League One after a 2-0 win over Rochdale.

The Imps are now unbeaten in their last four league matches with Palmer keeping his 10th shut-out in 21 appearances during Saturday’s victory.

Owen Windsor returned to action for Grimsby after missing the last two games, but couldn't stop them falling to consecutive defeats after a narrow 2-1 loss to Colchester.

And defender Saul Shotton experienced a similar feeling after making his 13th appearance for National League outfit Woking, as their 1-0 loss against Notts County meant they also suffered back-to-back defeats.

Finally, winger Nick Clayton-Phillips came on in the 55th-minute as Solihull Moors slipped to a heavy 4-1 defeat at Sutton United in the National League.