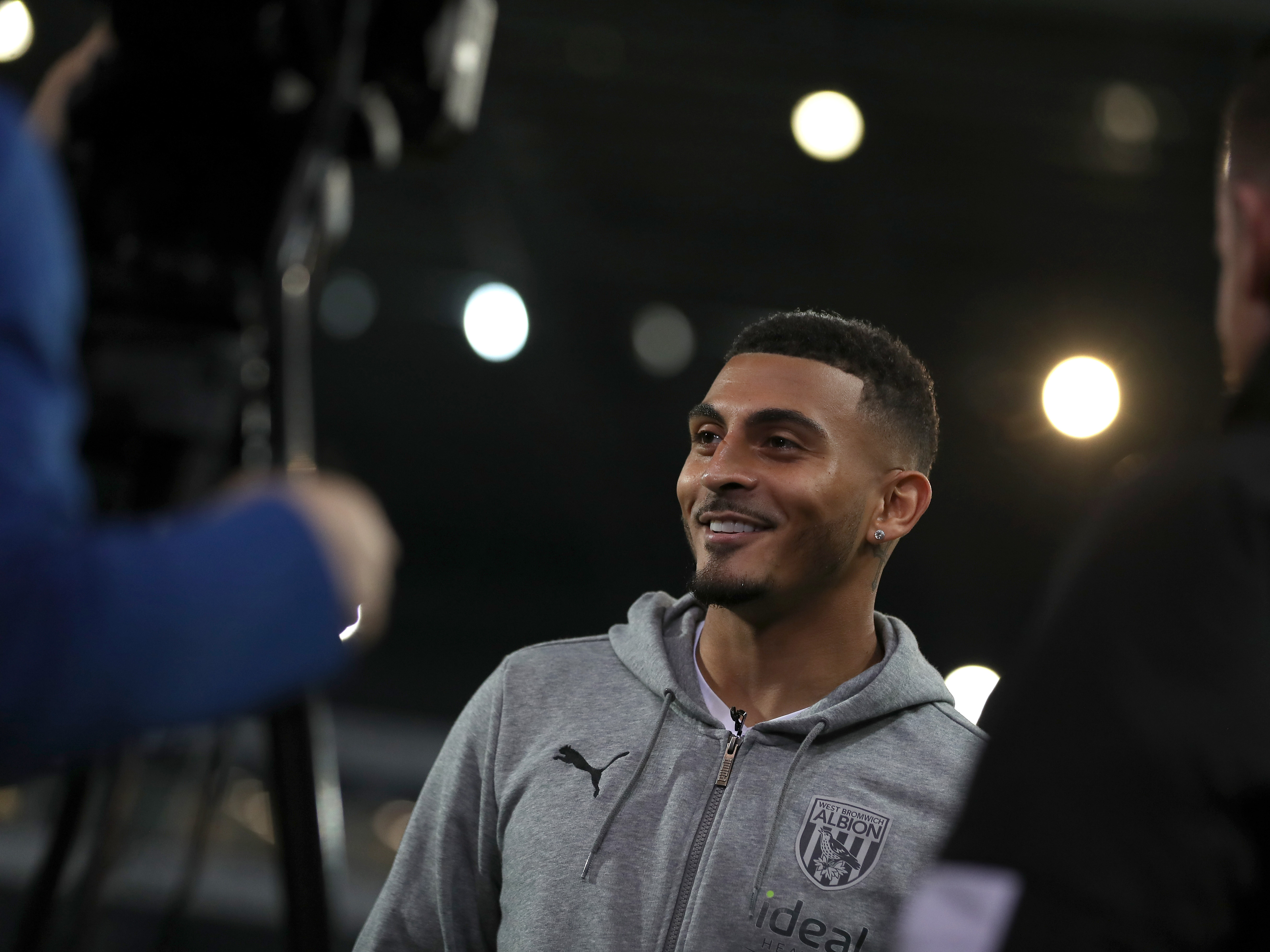 Karlan Grant was “delighted” to mark his one-year anniversary at Albion with the winning goal against Birmingham City on Friday night.

The in-form forward struck sweetly in the 75th minute to earn the Baggies all three points in the West Midlands derby at The Hawthorns – providing a real moment of quality to separate the sides during a difficult contest.

And Grant couldn’t hide his happiness after scoring his fifth of the season, citing the late winner in front of the Birmingham Road End as something of a speciality following a similar strike a few weeks earlier to help beat Cardiff.

“I’d like to say it’s my trademark finish! It’s been a while since I had done it, but I’ve done it in my last two goals now so I’m happy with it,” said Karlan.

“I saw the defender drop off and thought ‘I’m going to hit this one’. I was in a good position and just tried to get my strike off quick.

“It was a frustrating game at times. They sat deep and it was hard for us to get on the ball in dangerous areas. But we stuck to the gameplan, kept pushing on and luckily got that goal."

Explaining his celebration, Grant added: “I’ve got a little one that’s almost here, so I just wanted to give them a little shoutout.

“I’m enjoying my time here at the moment. It’s been good, we’re doing well as a team and I’m just delighted that we got the three points against the Blues.”

Watch the full interview on WBA TV above.