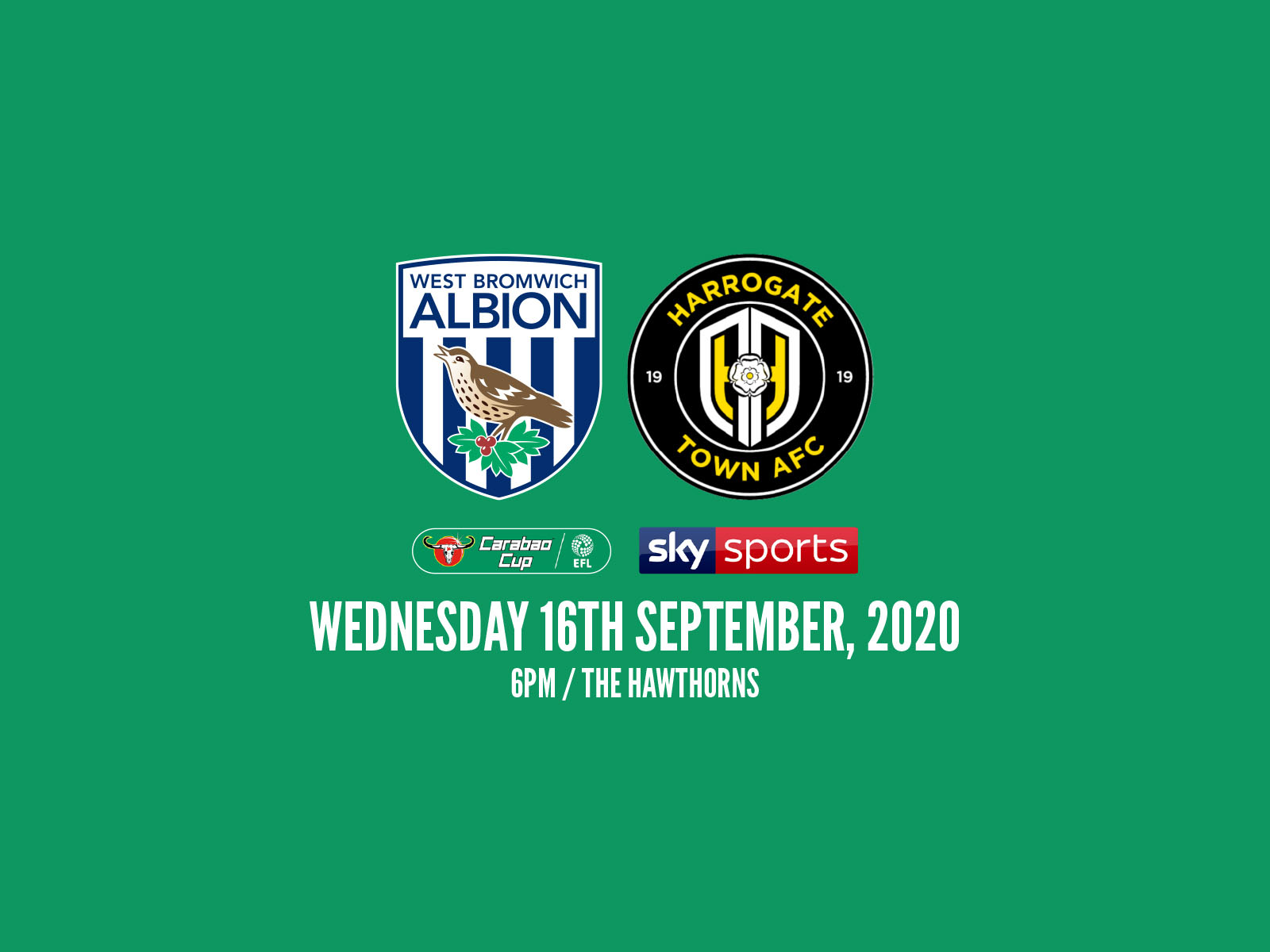 The second-round tie will be staged at The Hawthorns on Wednesday, September 16 with a 6pm kick-off.

It’s Albion’s fourth date with the live TV cameras during the opening month of the season.

Harrogate are making their debut in the competition after writing one of the stories of the 2019/20 campaign to achieve promotion to the EFL for the first time.

The Baggies will be the highest-positioned opponent they have tackled in their history.

They came through a first-round tie by overcoming Tranmere Rovers on penalties.