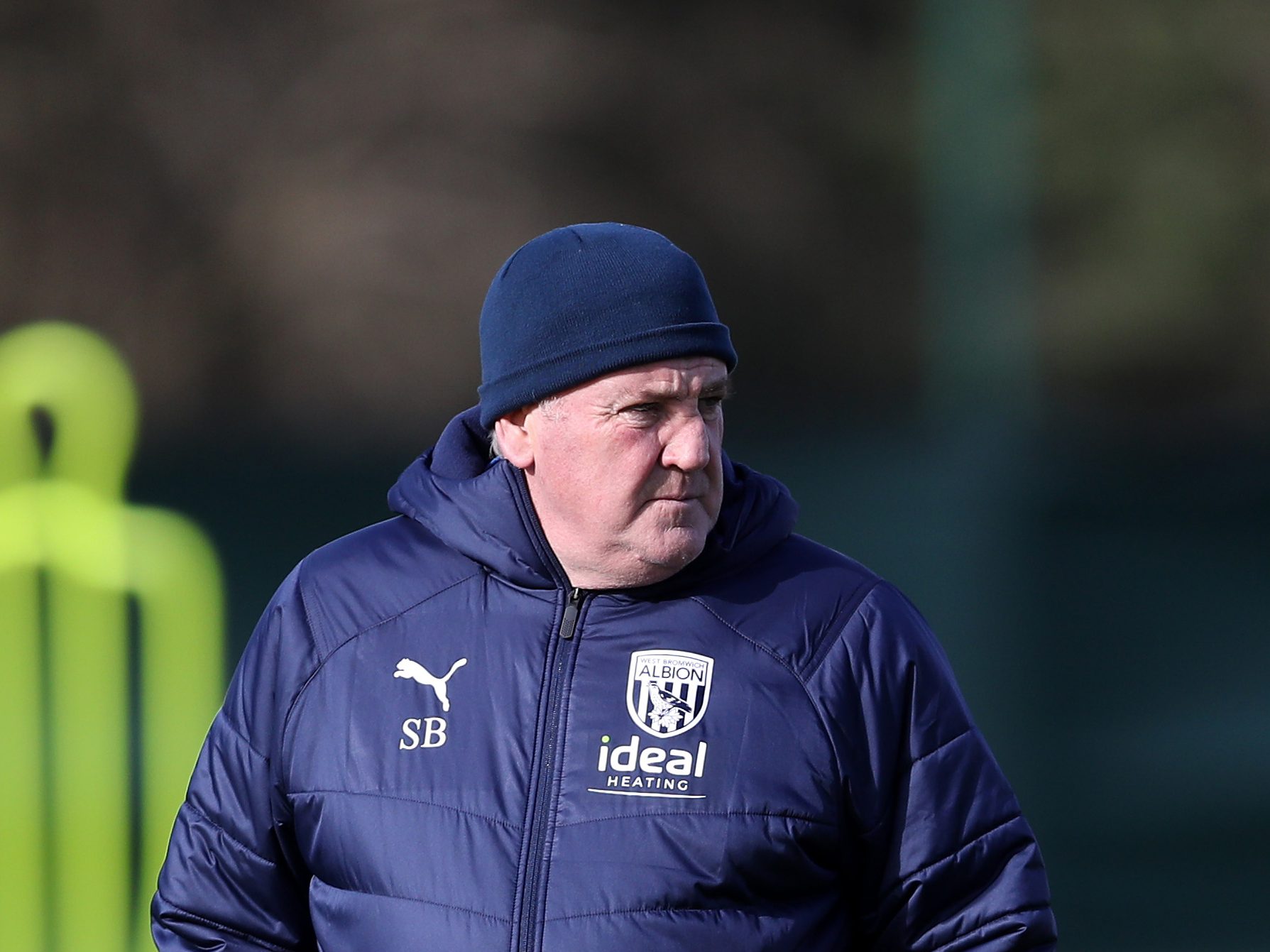 Steve Bruce believes it’s the “collective” responsibility of his whole team to improve in the final third of the pitch.

The Baggies have struggled of late to find goals and were held to a 0-0 draw by Blackburn Rovers in Bruce’s first game in charge at The Hawthorns on Monday night.

Bruce spoke about the need to sharpen up at the attacking end of the pitch and find a “creative spark” to give his side a better chance of winning games.

And the boss has challenged not just his forwards players, but also the midfielders and full-backs, to chip in with goals and assists in the coming weeks and months.

Bruce said: “I’ve seen promising signs in training and in the Blackburn game.

“We don’t just need the forwards to improve in the final third, we’ll need help from our midfielders and our full-backs too.

“It’s a collective team thing to be better going forward.

“Midfielders have to make themselves accountable too. We’re wanting them to score goals too.

“We have to improve and I’m quietly confident we’ll do so.

“I changed us instantly when I came in because I thought 4-3-3 might suit us in terms of the players we have.

“I think it is vitality important that you can change and I said that to the players yesterday.

“My challenge is to get the best out of the group with the players that we’ve got.

“We need to find what formation suits us to go and make a fist of getting out of the Championship. That’s all I’m concerned about.

“There’s nothing quite like confidence and we’ve got to try and give as much of it as possible to the players between now and May.”

But the boss believes the Hatters’ Kenilworth Road ground is one of the most challenging places to go and get a positive result from and says his team must be on top form.

“I was at the Luton game last weekend when they played Birmingham.

“If someone had told me after 30 minutes that it was going to finish 3-0 to Birmingham I would have told them no chance.

“You could see Luton were confident in what they were doing and how they were trying to play.

“I have nothing but respect for Nathan Jones and what he’s doing at Luton.

“It’s never an easy place to go and, in fact, it’s probably one of the most difficult places to go.

“We’ll have to be at our best to go and get something from there.

“Our supporters are certainly doing their bit. They come in their thousands and they sell out everywhere they go. It’s remarkable.

“We’ve got to give them something to shout about and an enjoyable trip back home.”