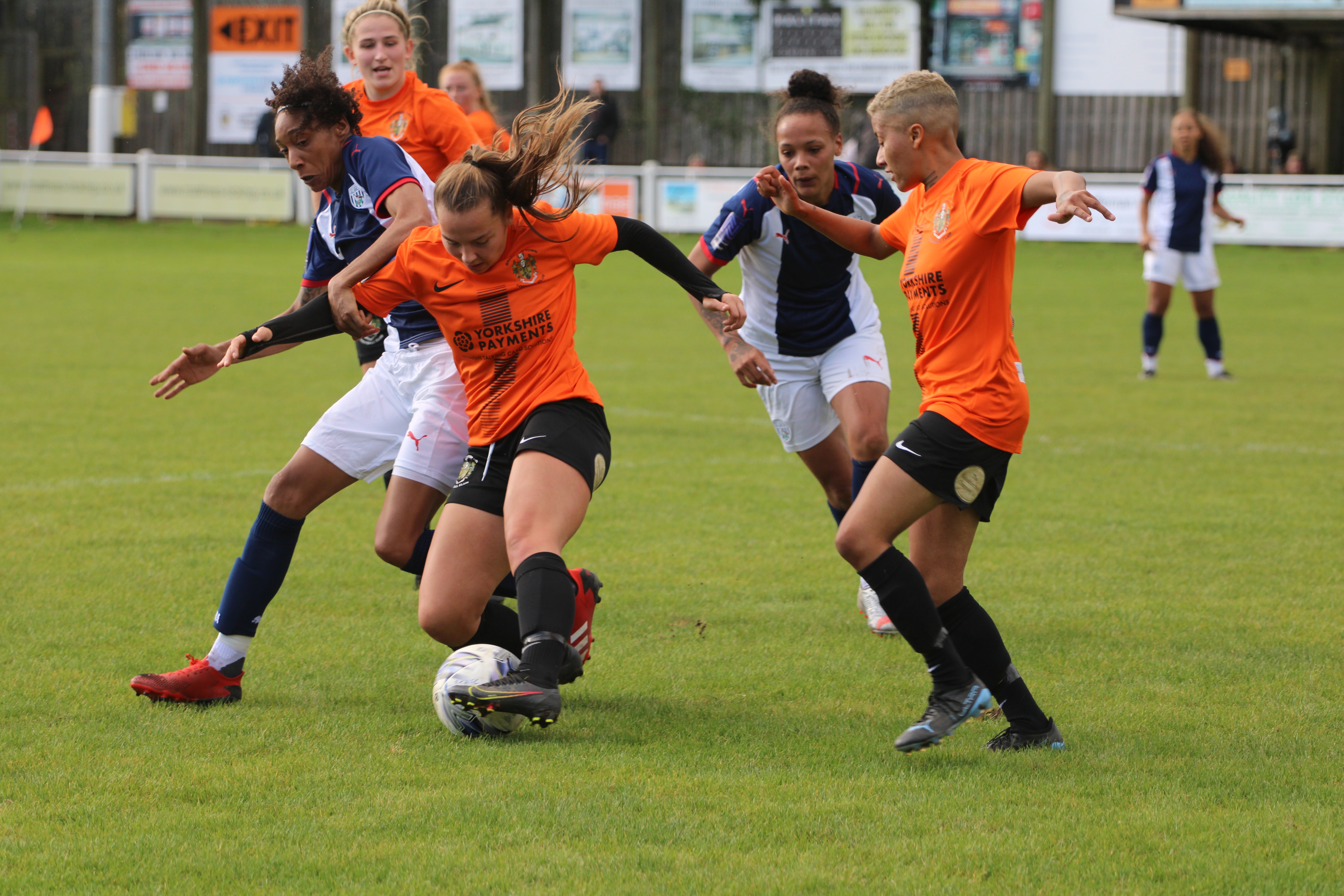 Albion Women were denied a third successive league victory in the dying moments by hosts Brighouse Town on Sunday afternoon.

Evie Gallop opened the scoring after the break with a terrific effort, but Town grabbed an equaliser with just two minutes remaining.

On a wet and windy afternoon in West Yorkshire, the Baggies came into the game with a reinforced squad following the return of the suspended Emily Owen and Abi Loydon, who was back on the bench following injury.

It was Owen who had the first chance of the match just before the half-hour mark, coming up for a corner and nodding her header just over the bar.

Moments later, Albion keeper Poppy Bastock was called into action, making a fine diving save to push a long-range strike away for a corner.

The rain hammered down as the encounter edged closer to half time and it was almost Albion who went into the break with the advantage. A mix up between the Brighouse goalkeeper, Imogen Maguire and Annabelle Cass allowed the ball to fall to Ashlee Brown in the box who was unable to sort her feet to find the net.

Into the second half and it didn’t take long for the Baggies to find the opener. Stand-in captain Evie Gallop fired an outstanding shot from just outside the box into the top corner, giving Maguire no chance.

A flurry of chances followed for Albion. Leanne Robinson went just inches away from connecting with a cross from Gallop and Leigh Dugmore, making her 50th appearance for the club, also came close just before making way for Loydon.

The best chance fell to substitute Hannah George who came on to fire a dipping free-kick, which bounced onto the bar twice before going out of play.

Brighouse piled on the pressure in the final 10 minutes, with Bastock producing another magnificent save before Owen was called into action to clear the ball off the line.

But with two minutes to go, the hosts found the equaliser. A long-range effort was palmed away from Bastock into the path of Immy Williams who tapped the ball home to ensure the points were shared.

Speaking after the game, Head Coach Jenny Sugarman said: “Once you go 1-0 up away from home, you hope you can do enough to secure the win and we’re disappointed we didn’t.

“They played very direct, it was what we expected at times, but I don’t think we dealt with that particularly well in the last 10 minutes.

“We’re still early in our journey at the moment, and what Forest will throw up [on Tuesday], is a completely different test to what we faced today. It’s about recovery and trying to be better at managing the game.”