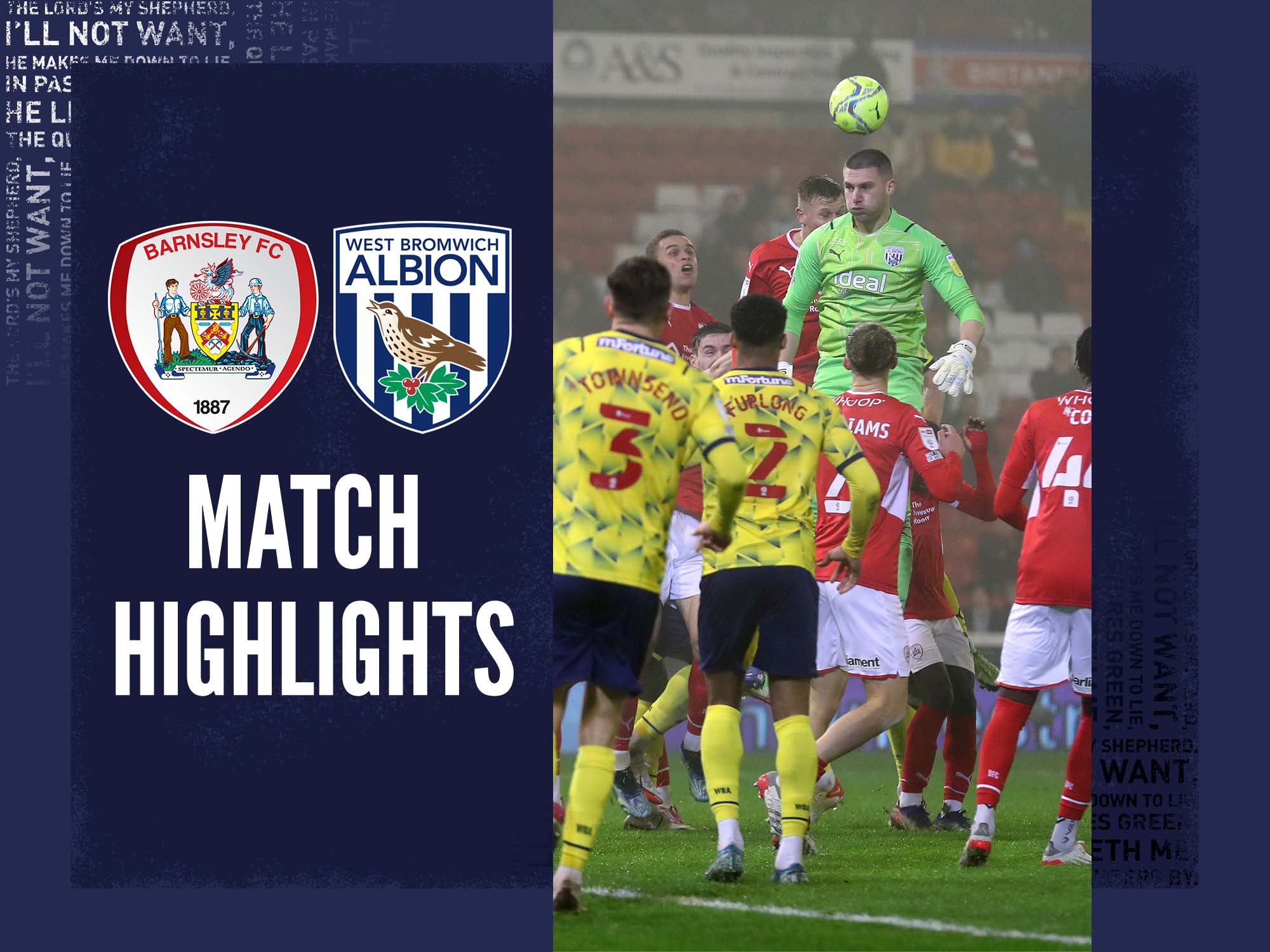 Watch free-to-view highlights of the Baggies' clash with the Tykes.

Albion were held to a goalless draw by Barnsley at Oakwell on Friday evening.

Cedric Kipre hit the post early on, while Kyle Bartley and leading talisman Karlan Grant had goal-bound efforts cleared off the line, but they couldn't find a breakthrough in south Yorkshire.

It didn’t take long for the Baggies to make their mark on proceedings and Barnsley’s framework was rattled within the first three minutes, Kipre flicking a header off the post following a clever delivery from former Tyke Alex Mowatt.

The home side did have chances with Callum Brittain curling a shot over and Josh Benson forcing Sam Johnstone into tipping a free-kick over his crossbar, but the visitors enjoyed the better moments as they effectively limited Barnsley's attacking intent.

Brilliant play down the left wing almost allowed Jordan Hugill to convert the opener when Grant found the forward with space to shoot inside the box, but determined defending allowed Barnsley to clear the resulting effort off the line.

Opportunities kept falling Albion's way and it would be a familiar theme throughout.

Darnell Furlong came close to putting Callum Robinson through on goal, Mowatt pulled the strings with a number of splitting passes, and Kyle Bartley almost nodded a corner into the back of the net from a corner.

Once again, though, the hosts were alert and a last-ditch interception on the line helped shutout Valérien Ismaël’s men at the break.

Having come closest to finding the net during the first 45, centre-back Kipre had sight of goal again in the second half - curling a shot around the post after a Furlong throw-in caused panic in the Barnsley box.

Robinson nearly had a one-on-one opportunity during the first period, and he tested Tykes keeper Brad Collins from a tougher angle after the break - receiving the ball inside the box from Grant before seeing a deflected shot palmed away from danger.

But the best chance of the game would, inevitably, fall the way of Albion’s topscorer. Substitute Grady Diangana showed great awareness to slip in Grant, who after taking the ball around keeper Collins, must’ve thought he’d found the net when his shot bounced towards an empty goal.

Matt Clarke tried to force a header home towards the end of the game, but he couldn't find the net with his attempt, as the Baggies extended their unbeaten run in the Sky Bet Championship to five matches.