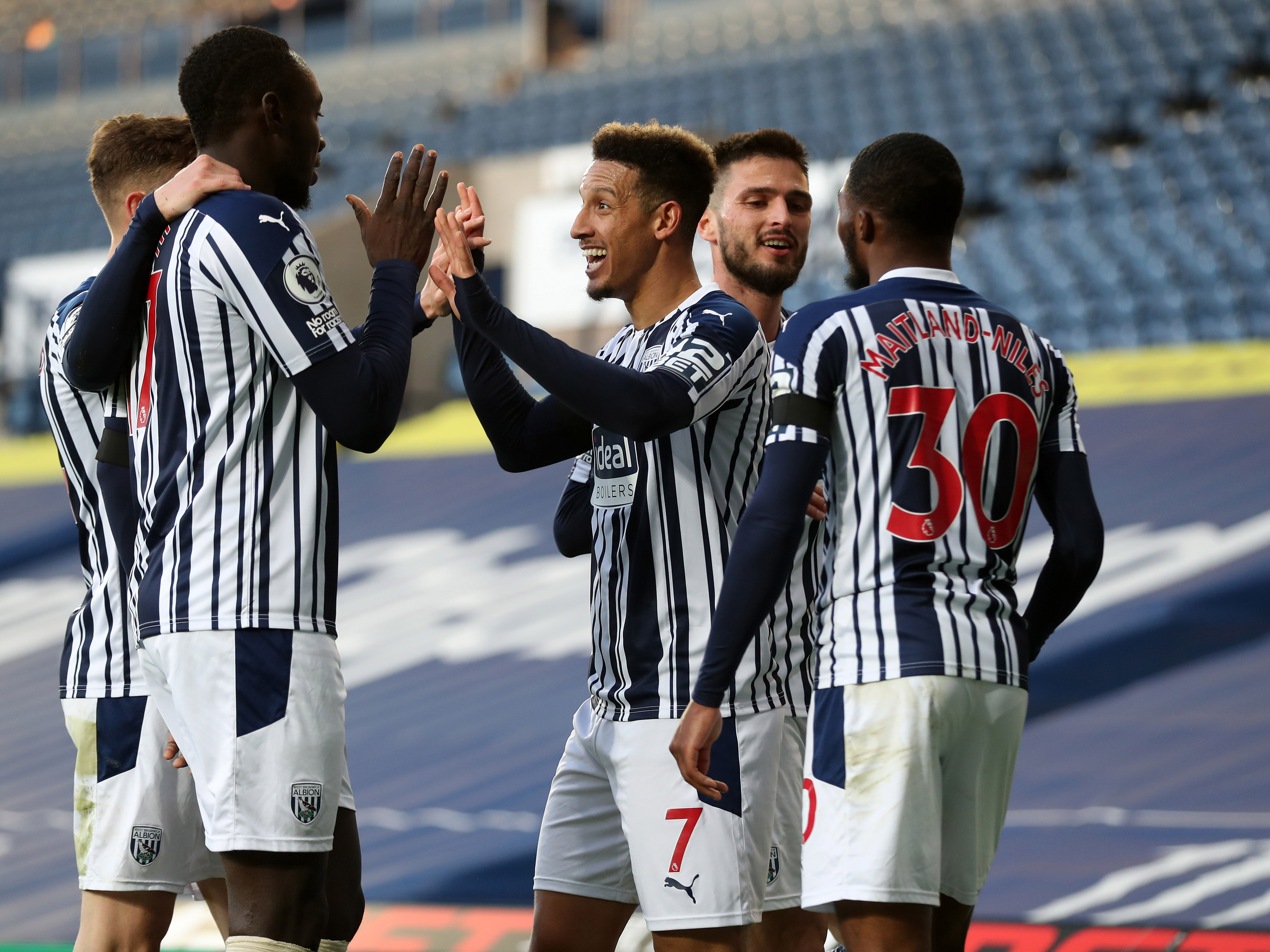 Sam Allardyce’s Baggies play their second match in four days when they take on Aston Villa in a Midlands derby at Villa Park on Sunday evening (ko 7pm).

Following defeat against Leicester City last time out, Allardyce’s men will be keen to produce a much-improved display across Handsworth and secure a morale-boosting victory over their neighbours.

Villa enjoyed a good start to their last game against title-chasing Manchester City, but the four-time Premier League champions came from behind to defeat Dean Smith’s men 2-1.

John McGinn gave the Villans the perfect start when he scored after just 20 seconds, but City responded with goals from Phil Foden and Rodri to put them in the ascendancy.

Although John Stones’ red card before the interval gave Villa hope of a turnaround going into the second half, Matty Cash’s dismissal levelled out the numbers and the Cityzens held on to condemn Dean Smith’s side to consecutive defeats.

Dean Smith has improved the fortunes of his Villa side this term after fighting off relegation last season.

Although Villa’s heroics in the 2019/20 Carabao Cup saw them reach the final at Wembley against Manchester City, Smith’s side were denied silverware following a 2-1 defeat to Pep Guardiola’s men.

Smith couldn’t stop Villa losing their next seven matches after their Wembley heartache, as they slumped deeper into the relegation scrap. However, the West Bromwich-born coach led the Villains to an unbeaten run in their final four matches of the season - beating Arsenal and Crystal Palace along the way to avoid the drop by a single point.

The Villa boss developed and maintained a fast-flowing style of play during his other two managerial stints at Walsall and Brentford. And it was clear to see his influence rub off on the Villans following his return to the west Midlands in October 2018.

Villa enjoyed a change in fortunes under Smith’s guidance, finishing the 2018/19 season strongly by reaching and winning the Play-Off final in May 2019 after overcoming Derby County 2-1 at Wembley to secure a return to the Premier League.

And after a tough first season for Villa back in England’s top flight, Smith’s side made a blistering start to the 2020/21 campaign, winning their opening four games. Notable victories over Liverpool, Arsenal twice and Leicester City have been the highlight moments this campaign.

Villa secured his services from Championship outfit Brentford in September 2020 on a five-year-deal, as Dean Smith reignited his working relationship with Watkins after their previous spell together at the Bees.

The 25-year-old started out at Sky Bet League Two side Exeter City after rising through their academy ranks. And following an impressive loan spell at Weston-super-Mare during the 2014/15 season, Watkins went on to help his parent club become promotion-contenders in England’s fourth tier.

His goal contributions didn’t go unnoticed as Brentford acquired his services in the summer of 2017. But after failing to help the Bees reach the Premier League after the pain of a Play-Off final defeat to Fulham last season, Watkins joined Smith at Villa Park.

And the Exeter City academy graduate started his first term in England’s top flight in some fashion. His first top-flight goal was followed by another two in the same match as the exciting attacker scored a memorable hat-trick in Villa’s 7-2 mauling of Liverpool back in October 2020.

Watkins currently leads the way as Villa’s top scorer with 14 goals across all competitions, including four assists. And the forward’s goal involvements didn’t go unnoticed on the international stage after receiving his first senior call-up to the England side by Gareth Southgate for the recent World Cup qualifiers.

And Watkins will be keen to continue impressing the Three Lions boss in Villa’s remaining Premier League games, as he targets a spot in the England squad for this summer’s UEFA European Championship.

Sam Allardyce’s first game at the helm ended with a disappointing 3-0 defeat against Villa at The Hawthorns back in December 2020.

February 2019 was the last time the Baggies secured the bragging rights over the Villans at Villa Park, as goals from Hal Robson-Kanu and Jay Rodriguez secured a memorable three points.

Callum Robinson will be targeting a goalscoring return to his former stomping ground.

The former Villa forward has netted three goals in his last three appearances for Albion, and his eye for goal could prove crucial at Villa Park on Sunday night. 'Robbo' followed up his brace at Chelsea with another goal against Southampton, but the Republic of Ireland international was unable to make an impact in Thursday's defeat at Leicester.

He'll be keen to find the magic touch once again as the Baggies go in search of three points in the derby.