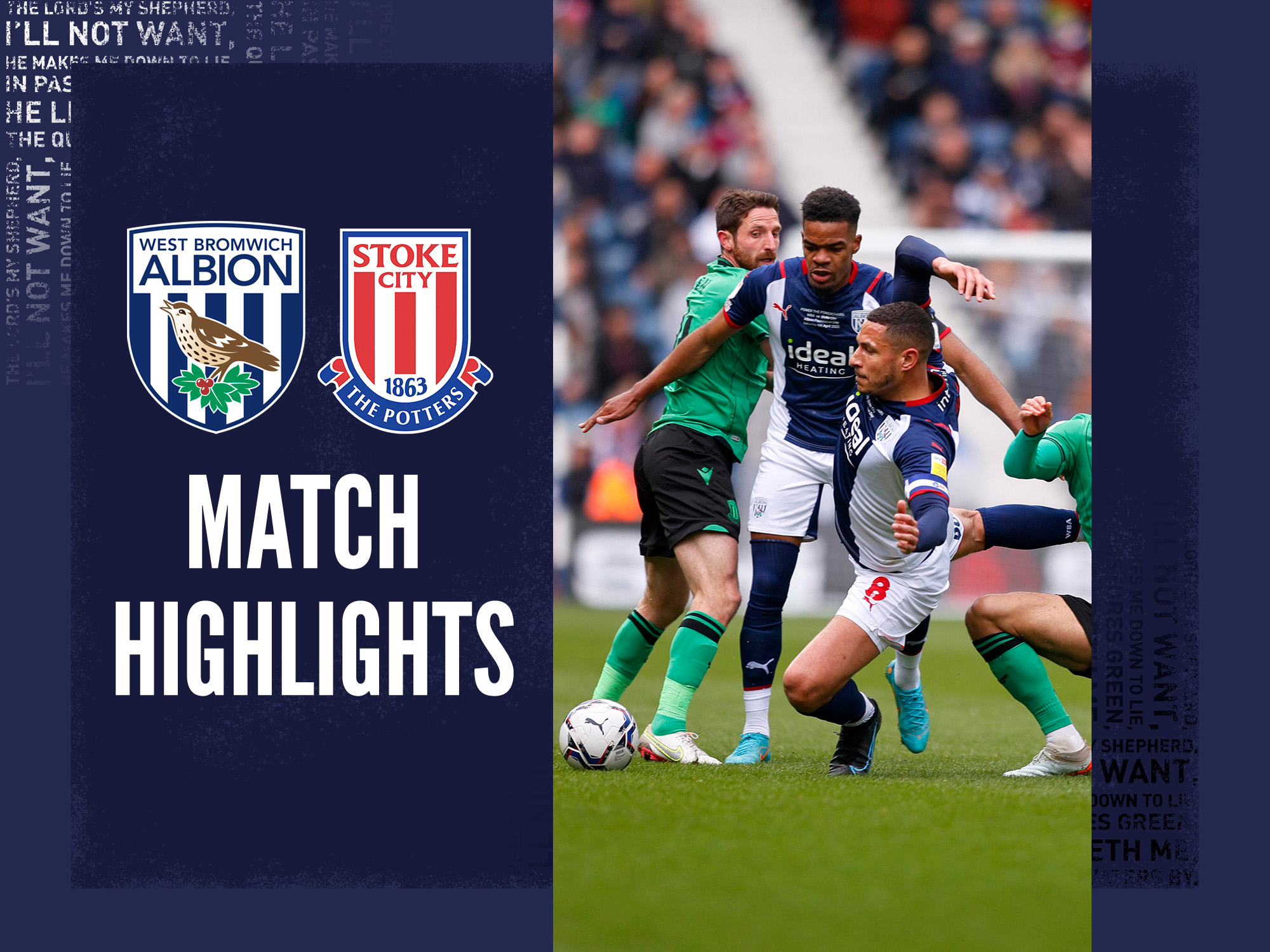 Watch free-to-view highlights from the Baggies' clash with the Potters in B71.

Albion were beaten 3-1 by Stoke City at The Hawthorns on Saturday afternoon.

The Potters gained a two-goal advantage through Jake Livermore (OG) and a Jacob Brown header either side of half-time.

Callum Robinson’s rebound hauled the Baggies back in it with 20 minutes remaining, but Stoke’s Lewis Baker scored during stoppage time to earn all three Sky Bet Championship points for City.

But his side got off to the worst possible start when a quick Stoke free-kick caught the Baggies out, and Livermore inadvertently turned the ball past Sam Johnstone into his own net.

The visitors almost doubled their lead soon after, Sam Johnstone doing well to save Steven Fletcher’s low shot from inside the area.

Albion tried to get back in the game before half-time - Andy Carroll looping an effort over and Alex Mowatt seeing a volley saved – but it was Stoke who led at the break.

Michael O’Neill’s team then doubled that lead 13 minutes into the second period, Brown latching on to a set-piece and heading home in front of the travelling supporters.

The Baggies searched for a way back during the final half-hour – and grabbed a lifeline thanks to substitute Robinson’s rebound.

And they nearly snatched a leveller, too, however Jack Bonham was on hand to push over Carroll’s powerful header.

Yet with Albion piling forward in eight minutes of stoppage time Stoke managed to net their third, Baker finishing confidently to round off the victory.