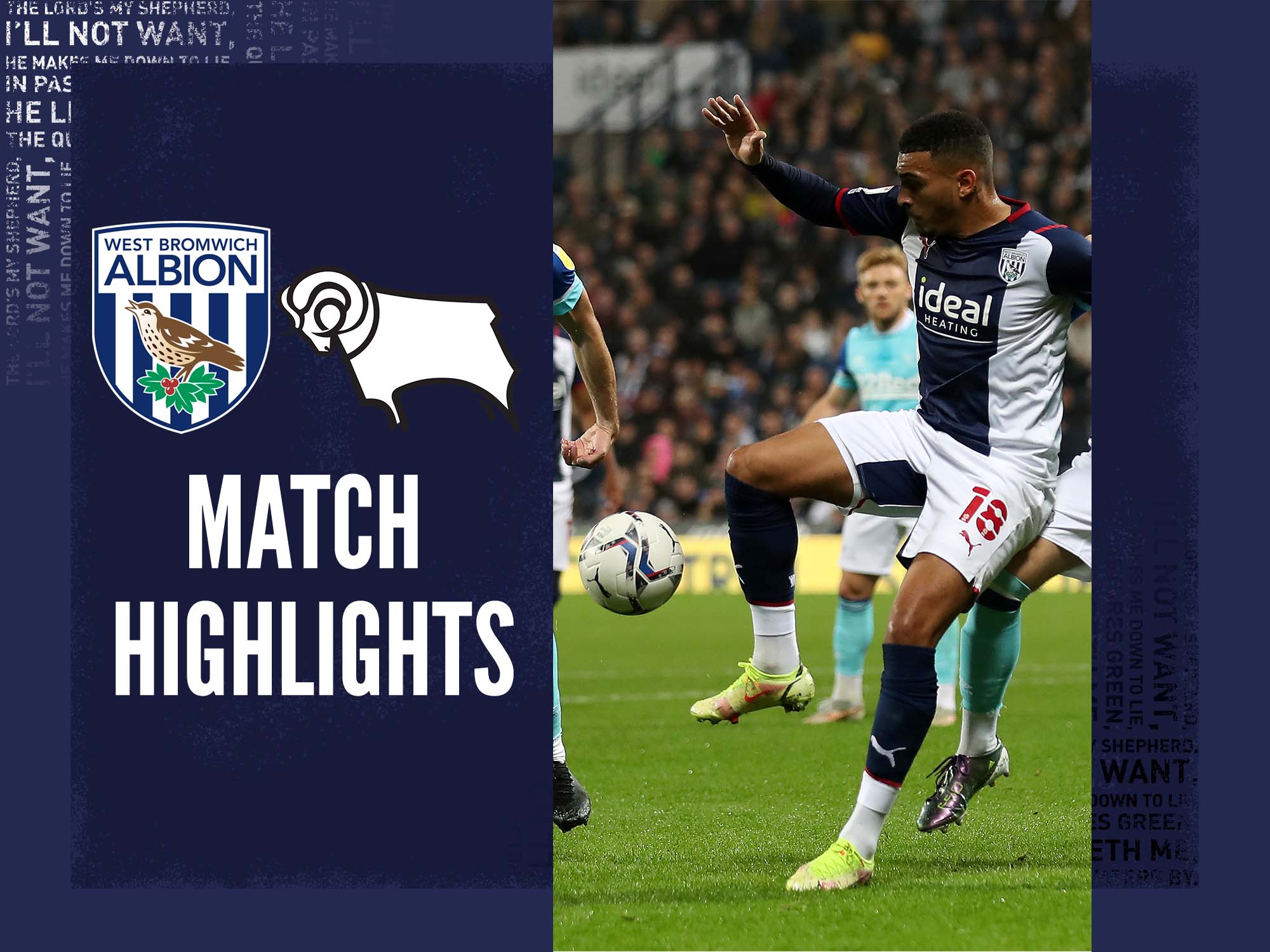 Albion were held to a 0-0 draw by Derby County in the Sky Bet Championship on Tuesday evening.

Despite large spells of domination, and well over 20 shots, the Baggies were unable to find a breakthrough in either half at The Hawthorns.

The result means Valérien Ismaël’s team remain unbeaten in the league ahead of Saturday’s trip to Preston North End.

Albion’s first opportunity of the game fell to Semi Ajayi inside 10 minutes, but his goal-bound strike following a clever corner routine was cleared off the line.

After a quiet period the hosts then created a flurry of chances midway through the half, as Grady Diangana saw an attempt deflected wide before Darnell Furlong and Callum Robinson had efforts saved by Kelle Roos – though it remained goalless at the break.

Derby briefly made a better start to the second period, Jason Knight’s blocked half-volley the closest they came to testing Sam Johnstone, however once again it was mainly Albion searching for the opener.

Substitute Jordan Hugill blazed over and Furlong headed past the post when the Baggies started dominating – and Diangana might have done better one-on-one against Roos, the Derby goalkeeper saving his low shot well.

The hosts were controlling the game, yet they just couldn’t find their goal. Substitute Phillips side-footed into a Rams defender in the box and Mowatt fizzed a strike inches wide during another good spell.

Albion applied late pressure to earn the three points they arguably deserved, but Roos denied Phillips, Kyle Bartley and – most impressively - Furlong in the final minutes to ensure it ended 0-0.