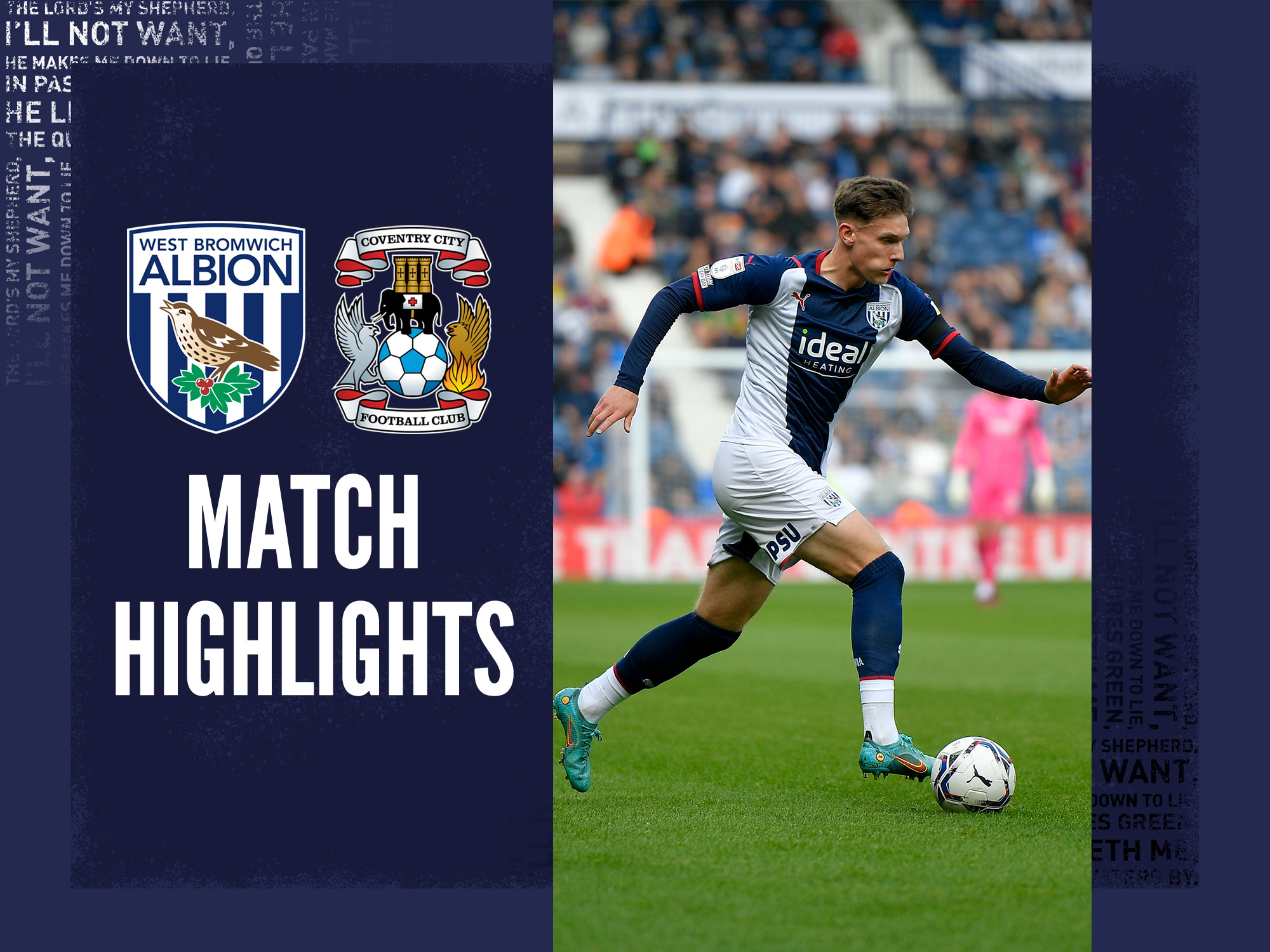 Watch free-to-view highlights from Saturday's clash in B71.

Albion drew 0-0 with Coventry City at The Hawthorns on Saturday afternoon.

Despite chances at both ends before and after half-time, as well as a stoppage time Karlan Grant penalty miss, the sides couldn’t be separated, ensuring the Sky Bet Championship points were shared.

Coventry had the first real effort at goal on 15-minutes, Callum O’Hare playing the ball to Jamie Allen just outside the area and the midfielder side-footing narrowly wide.

Andy Carroll smashed a half-volley off-target shortly before Albion created the best chance of the opening period. Dara O’Shea’s sent Karlan Grant through on goal with a brilliant pass – but the forward’s attempted dink was comfortably saved by Wilson.

Both sides had opportunities in the lead up to half-time, Carroll shooting over for the hosts and Coventry’s Viktor Gyökeres doing the same, but it was goalless at the interval.

Coventry then went searching for a goal to try and keep their top six hopes alive yet were stopped in their tracks by David Button, who denied Gyökeres and Ben Sheaf.

Matt Phillips, on for Albion appearance 199, and Grady Diangana were tasked with changing the game during the final stages.

And the hosts could have stolen all three points in stoppage time. Substitute Callum Robinson was fouled in the box, but Wilson saved Grant’s penalty and it finished level.