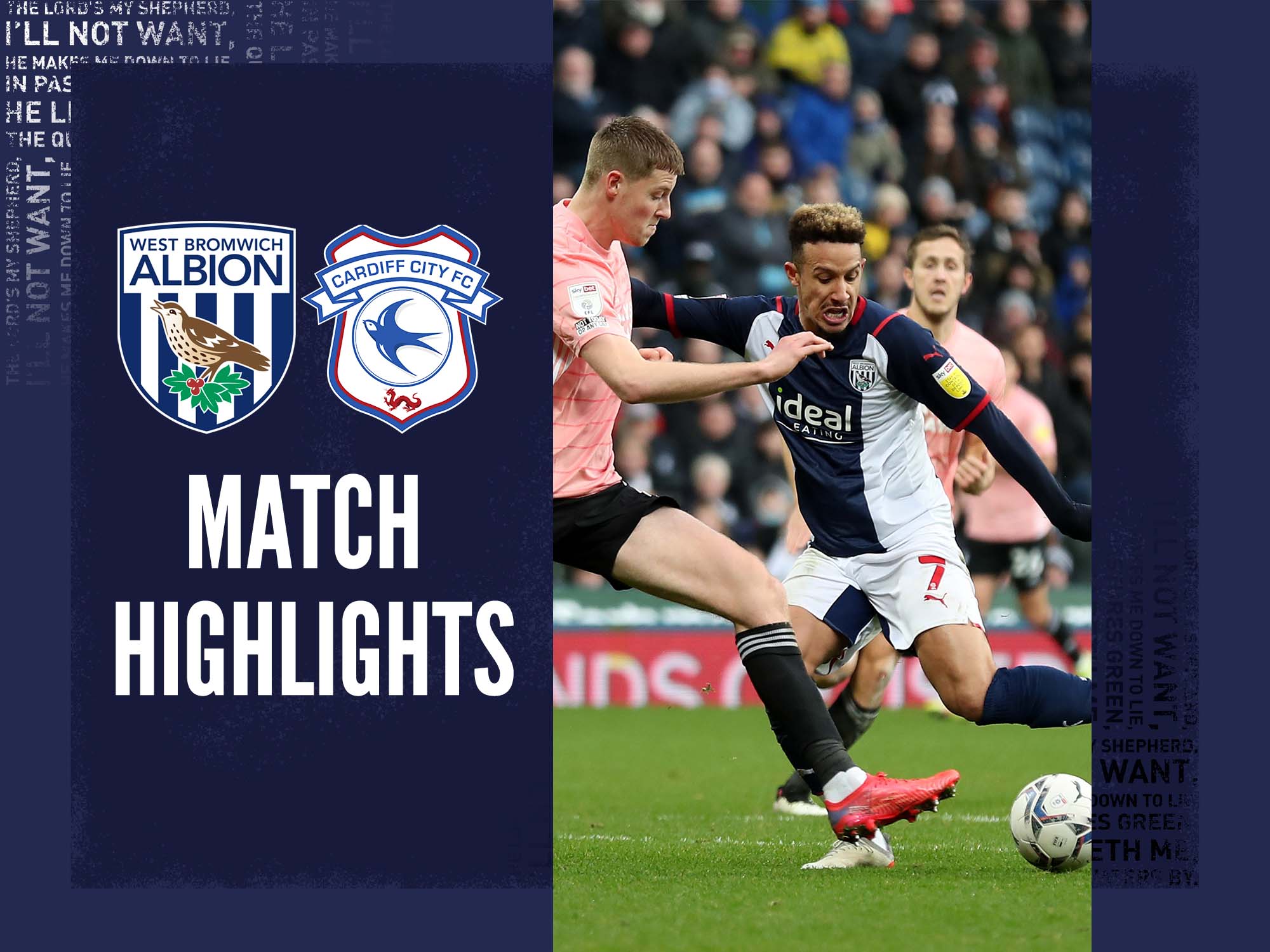 Albion started 2022 by drawing 1-1 against Cardiff City at The Hawthorns on Sunday afternoon in a fiery encounter.

James Collins headed the away side in front in the first half before Callum Robinson equalised immediately after the interval.

Albion pushed for a winner late on despite Alex Mowatt's straight red card 14 minutes from the end, and perhaps should have had a penalty with the final kick when Conor Townsend appeared to be dragged down inside the box.

Fresh from signing a new long-term contract, Taylor Gardner-Hickman was brought into the XI alongside fellow academy graduate Tom Fellows – who was making his maiden league start.

The Baggies came even closer to taking an early advantage soon after, Callum Robinson curling an effort towards the top corner and being denied by a brilliant fingertip Alex Smithies save. Mowatt also saw a powerful shot blocked and Kyle Bartley headed over as the hosts dominated the majority of the first period.

11 minutes ahead of half-time, though, Cardiff snatched the lead. A corner was whipped in from the left and Collins converted a header to send City in 1-0 up at the break.

But Albion wasted no time in finding a leveller – Grant playing Robinson through to finish fantastically shortly into the second half.

There were chances for the Baggies to win the game, most notably Bartley poking a corner wide and substitute Grady Diangana seeing a shot well stopped, however things were made more difficult when Mowatt was sent off 14 minutes from the end.

Deep in stoppage time the home team had a very strong shout for a penalty, Townsend seemingly pulled down inside the area, yet it was turned away by the referee, sparking a post-match coming together in which Sam Johnstone and Aden Flint were both shown red cards.