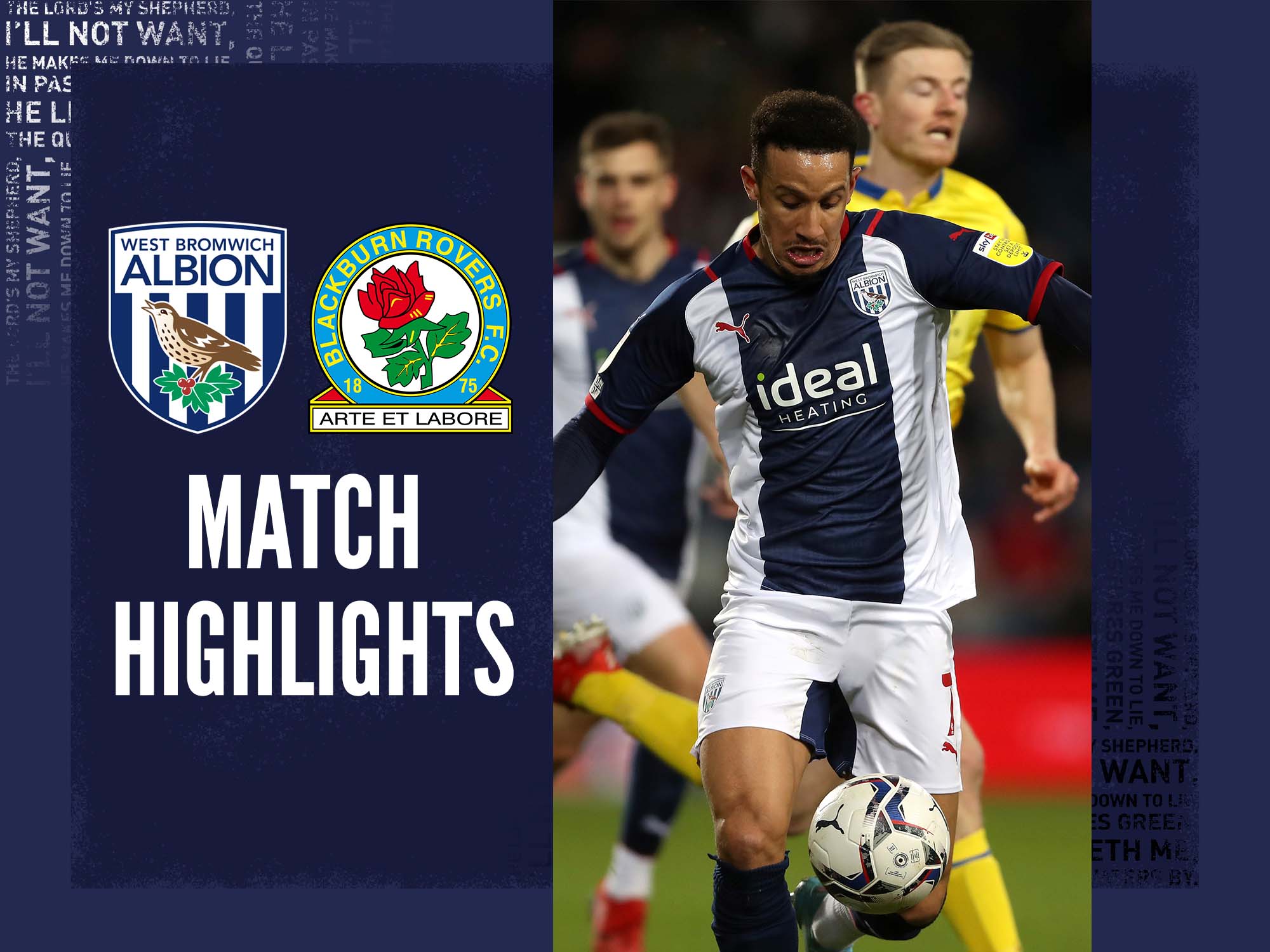 Albion drew 0-0 with Blackburn Rovers at The Hawthorns on Monday evening.

Following a first-half without any goals, both teams saw efforts disallowed after the interval.

Neither side managed to find a winner despite chances at both ends, and the Sky Bet Championship spoils were shared in B71.

Steve Bruce’s men are back in action on Saturday with a trip to Luton Town.

Bruce - who was introduced to the Albion faithful ahead of kick-off – made two changes to his starting XI, opting to bring in Jayson Molumby and Callum Robinson for Jake Livermore (suspended) and Grady Diangana.

Blackburn made the better start in B71 and were first to threaten when Semi Ajayi had to deflect a whistling John Buckley half-volley around the post.

But the Baggies grew into the game and created a few decent chances inside the opening half-hour. Karlan Grant diverted a fantastic Darnell Furlong cross off-target, Andy Carroll saw a low shot saved and Furlong, who was heavily involved in Albion’s attacking moves, hit the side-netting with a free-kick.

It remained goalless at half-time despite two more opportunities for the hosts before the break, as Mowatt smashed a volley at a Blackburn defender and Matt Clarke headed over.

Albion began the second period brightly and thought they had taken the lead on the 50-minute mark, Clarke sending a diving header home in front of the Birmingham Road End only to see the assistant referee’s flag raised for an offside in the build-up.

Rovers then had the ball in the net themselves through Ben Brereton Diaz’s side-footed effort, but he was adjudged to have been offside too.

Captain on the night, Sam Johnstone, parried a deflected strike during a good Blackburn spell – remaining alert soon after to keep out Brereton Diaz’s shot.

The Baggies ended the match on top yet couldn’t find their goal, Carroll and Adam Reach both agonisingly having headers cleared off the line in the final stages.