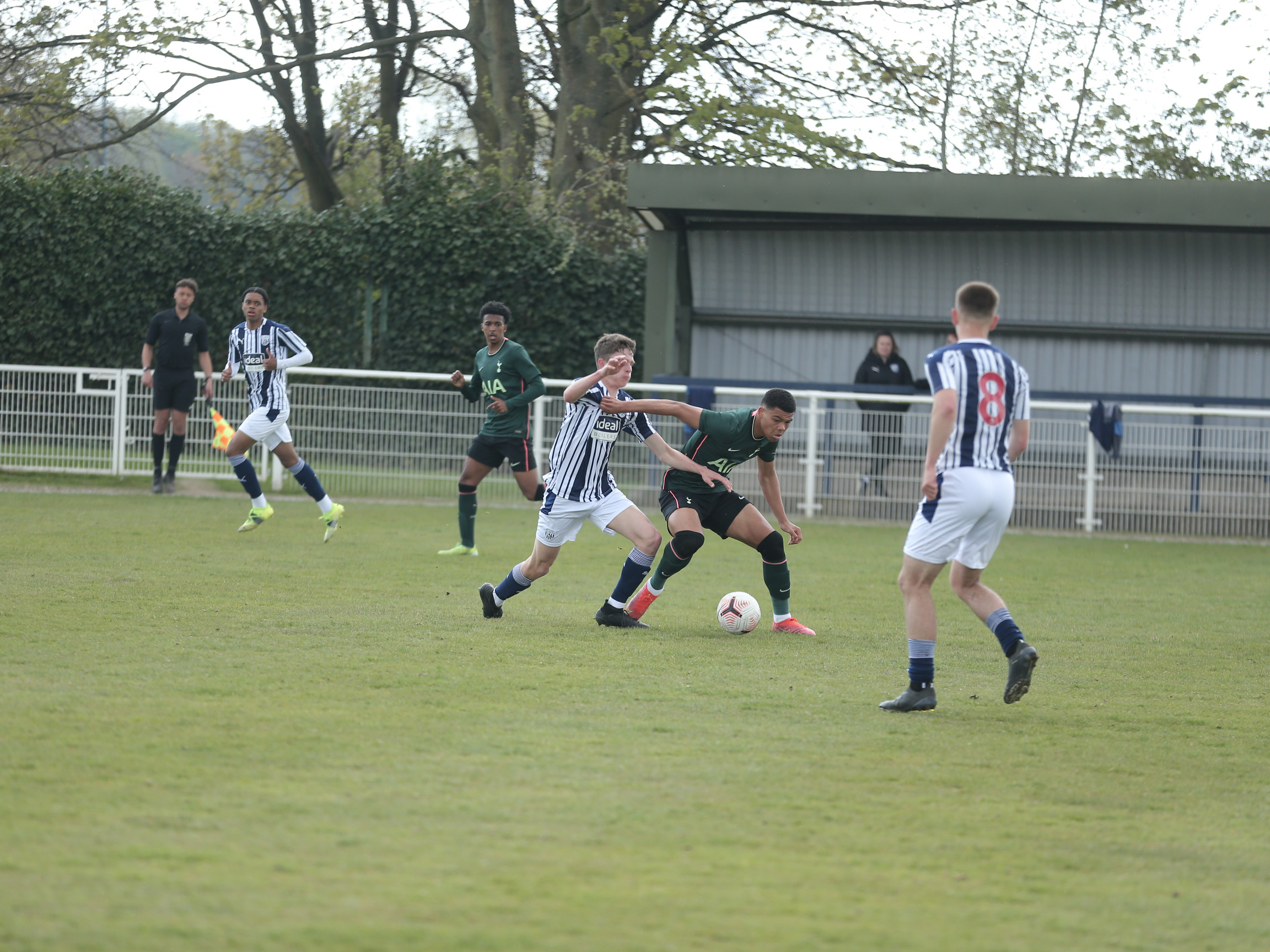 Lino Da Cruz Sousa proved to be the difference as Albion's Under-18s overcame an early Tottenham scare to record a comfortable win on Saturday afternoon.

Promising Spurs striker Dane Scarlett gave the visitors an early lead, but the young Baggies turned the game on its head within three second-half minutes after the break.

Reyes Cleary netted Albion's equaliser, shortly before Sousa netted a brace in the space of two minutes to wrap up all three points for Peter Gilbert's side.

But Tottenham were the side who began the game on the front foot and they got their reward after 24 minutes.

Scarlett - who was returning to action for the first time since getting injured in the 5-1 defeat to the Baggies in the FA Youth Cup last month - received the simplest task of poking the ball past Ronnie Hollingshead after a ball across the box to give the away side the initiative.

But towering Albion striker Mo Faal gave the Spurs back-line all sorts of problems throughout the first 45, and he too was repaid for his tireless efforts when he was brought down in the box, and the Baggies awarded a spot-kick as a result 10 minutes later.

Unfortunately for Faal, Spurs stopper Aaron Maguire guessed the right way to palm his effort onto the post, before pushing the loose ball to safety.

Gilbert's men went in trailing at the break, but were evidently energised in the early stages of the second half as they took the game to Tottenham.

But it took 20 minutes for Albion's endeavours to pay off when striker Cleary got in behind Spurs' defence following a free-kick delivery from Mathew Richards to convert the equaliser.

And Sousa emphatically turned the tide in the Baggies' favour when the versatile left-sided player confidently received a pass before firing across Maguire, and completed his double by converting from the angle to give Albion a two-goal advantage just seconds later.

Albion didn't surrender their lead as they secured an important three points in the U18 Premier League to build momentum ahead of their season finale against Crystal Palace next Saturday, followed by an FA Youth Cup semi-final tie against Aston Villa the week after.