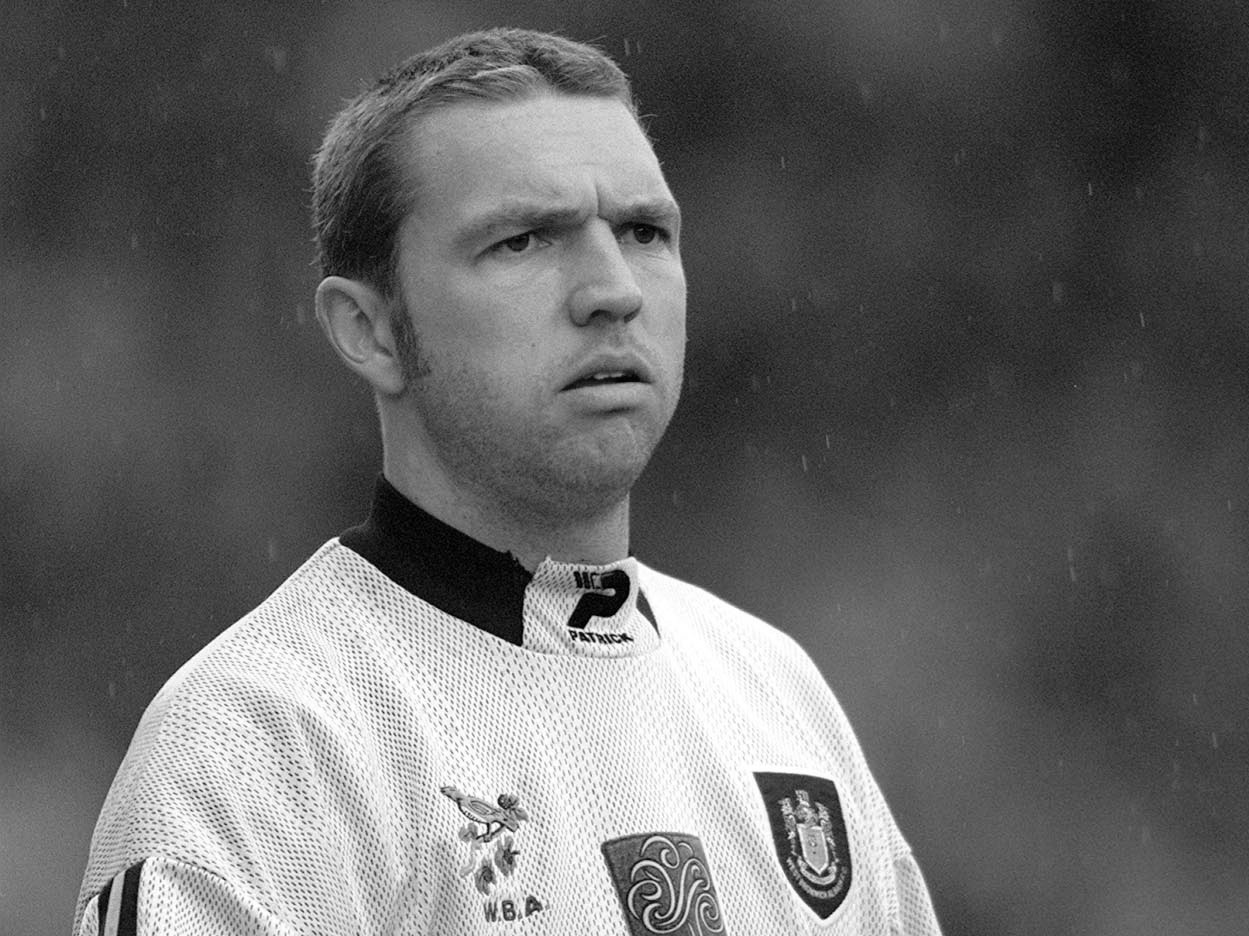 West Bromwich Albion are deeply saddened to learn of the passing of former goalkeeper Alan Miller, 51.

The ex-stopper was a popular figure during his time at The Hawthorns which included two loan spells and a full-time residence between the sticks.

He initially joined the club on loan from Arsenal at the start of the 1991/92 season and again from Middlesbrough before making his move from the Riverside permanent in the 1996/97 campaign under the reign of manager, Ray Harford.

Miller took to the job instantly, recording five clean sheets in a dozen games, which in turn solved the Baggies’ on-going goalkeeping problems that year.

A thoroughly dependable goalkeeper with an acrobatically entertaining style and a safe pair of hands, Miller held a warming persona that connected with Albion supporters.

That association was greatly received throughout his time in B71, none more so than during the post match celebrations which followed the 1-0 home win over Wolverhampton Wanderers in 1997, when Miller lifted his jersey to show a t-shirt that bared the famous ‘Boing Boing’ phrase underneath – much to the joy of a packed Birmingham Road End.

During the same year, he kept nine clean sheets in 18 games with a string of spectacular saves and strong organisation of his backline as Albion looked like real promotion contenders.

In total, he went on to make 113 appearances for the Baggies and kept 27 shutouts before departing for Blackburn Rovers after three years in the Midlands.

Even to this day, Miller has remained part of Albion folklore for his performances and character and leaves behind treasured memories as one of the club’s most loved players in the 1990’s.

Our thoughts are with Alan’s family and friends at this terribly sad time.