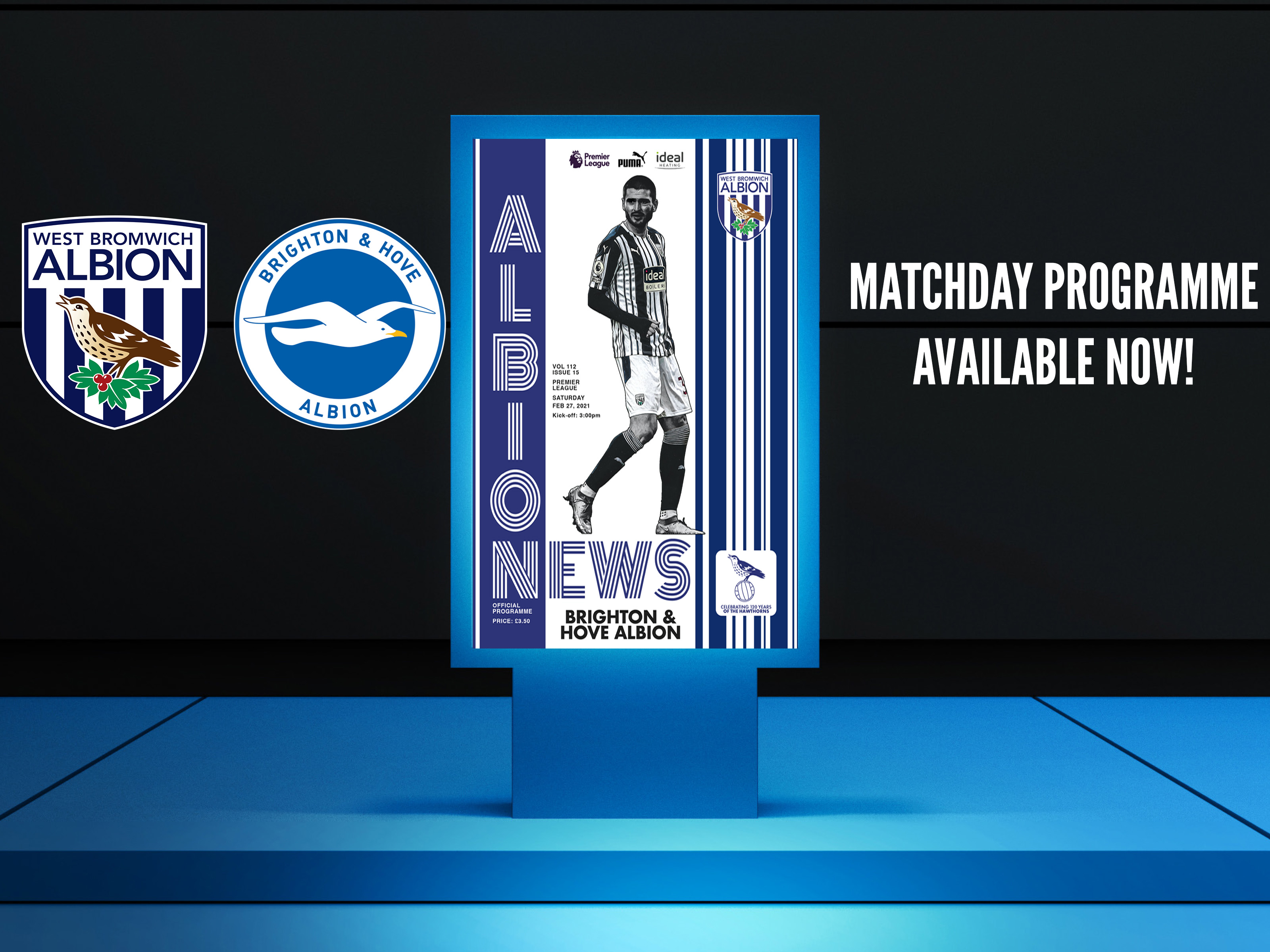 Deadline-day addition Okay Yokuslu features on the front of this Saturday’s Albion News for the visit of Brighton.

The Turkey international has produced some impressive performances after starting the last two matches against Manchester United and Burnley, and his full-length interview is the main talking point in this weekend’s edition!

The 26-year-old talks about his admiration for former midfield stalwarts Steven Gerrard and fellow native compatriot and former Blackburn midfielder Tugay, and reveals the influence his mother and wife have had on his footballing development.

In addition, we have a full Q&A with Academy star and lifelong Albion fan George Harmon. The full-back discusses how he felt when he was called up to train with the first team, his first senior involvement on the bench in the FA Cup clash with Blackpool and the useful advice that fellow left-back Conor Townsend has provided him with.

Grab your edition in time for Saturday’s match here!