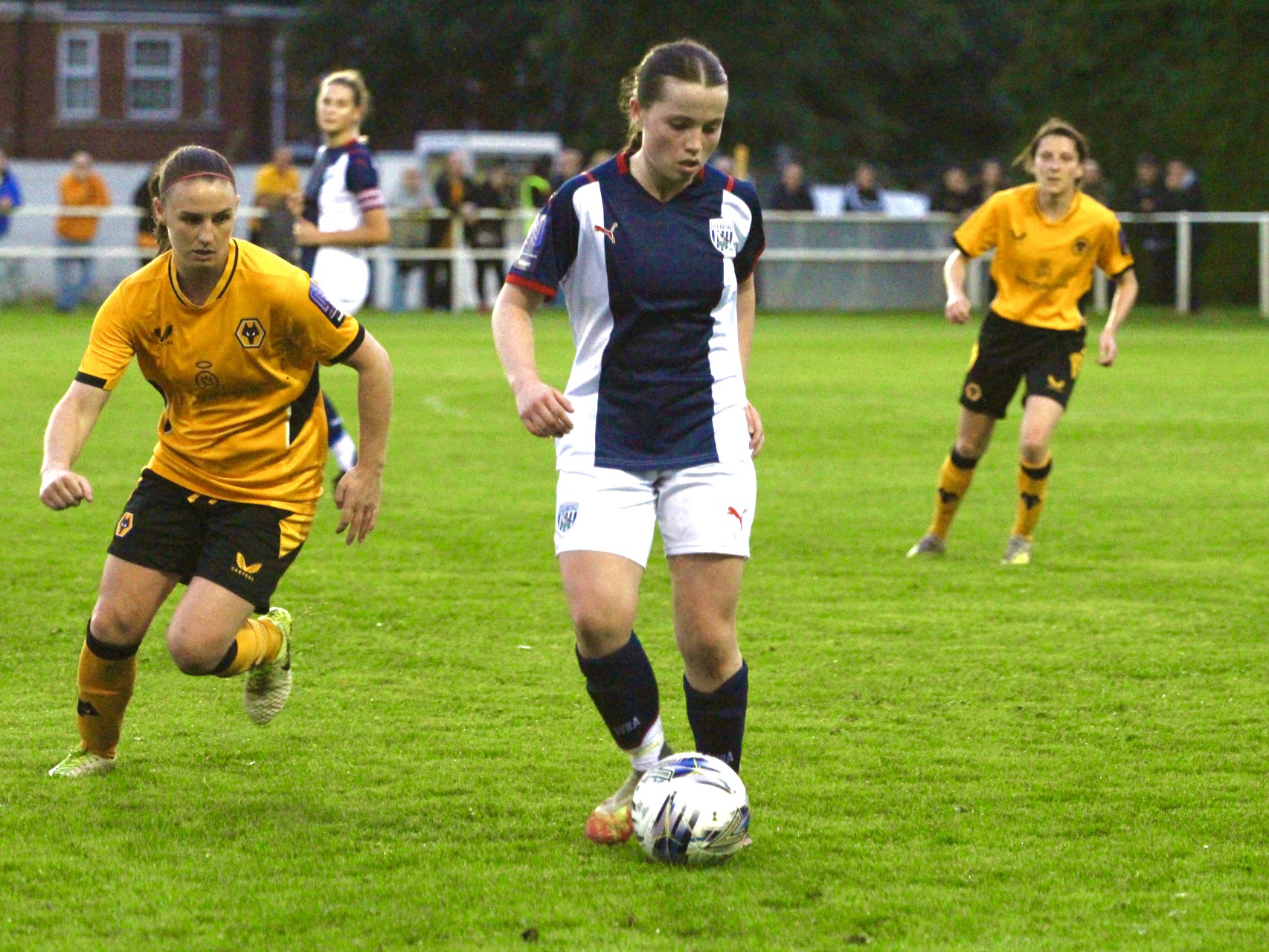 Two second-half goals resigned Albion Women to a defeat in the first Black Country derby of the season.

In front of a bumper crowd of 656, the Baggies were undone by a Tami George finish from close range and a late Amber Hughes volley.

Owing to self-isolation and injury Albion fielded a youthful side including five players from the Development side and a debut for Izzy Green.

It was the Baggies who had the first chance of the game just six minutes in. Shannon Stamps launched a long free-kick into the box where Tash Tezgel nodded the ball just wide of the far post.

Moments later, Jade Cross had an opportunity to give the hosts the lead. The number nine latched on to a short backpass from Emily Owen but couldn’t knock the ball past Poppy Bastock who reacted quickly to put the Wolves striker under pressure.

Albion continued to threaten on set-pieces and just before the half-hour mark, Stamps found Ria Elsmore on the penalty spot who headed an effort on to the roof of the net.

As the first half came to a close, the hosts began to pile on the pressure. Cross had another one-on-one opportunity but placed her finish wide before Beth Merrick fired from distance to force Bastock into a save.

Into the second period it was Wolves who began to look dangerous on set-pieces. Just before the hour mark a bit of fortune for Tezgel saw her headed clearance bounce off the top of the Baggies cross bar.

But moments later Wolves found the breakthrough. Bastock was unable to get hold of a high whipped in ball which led to a scramble in the six-yard box with Tami George getting the final touch to send it over the line.

Development players Jess Hood and Holly Beck-Esson both came on for their first senior minutes during the second half along with Mariam Mahmood, who returned to the side after her debut against AFC Fylde.

While Albion tried to force their way back into the game, the hosts clinched victory just minutes before the end. Amy Dicken picked up the ball on the right-hand side and swung the ball into Amber Hughes who turned and volleyed into the bottom corner.

Incoming head coach, Jenny Sugarman was watching on from the stands and she will take charge of her first game this Sunday away at Middlesbrough.