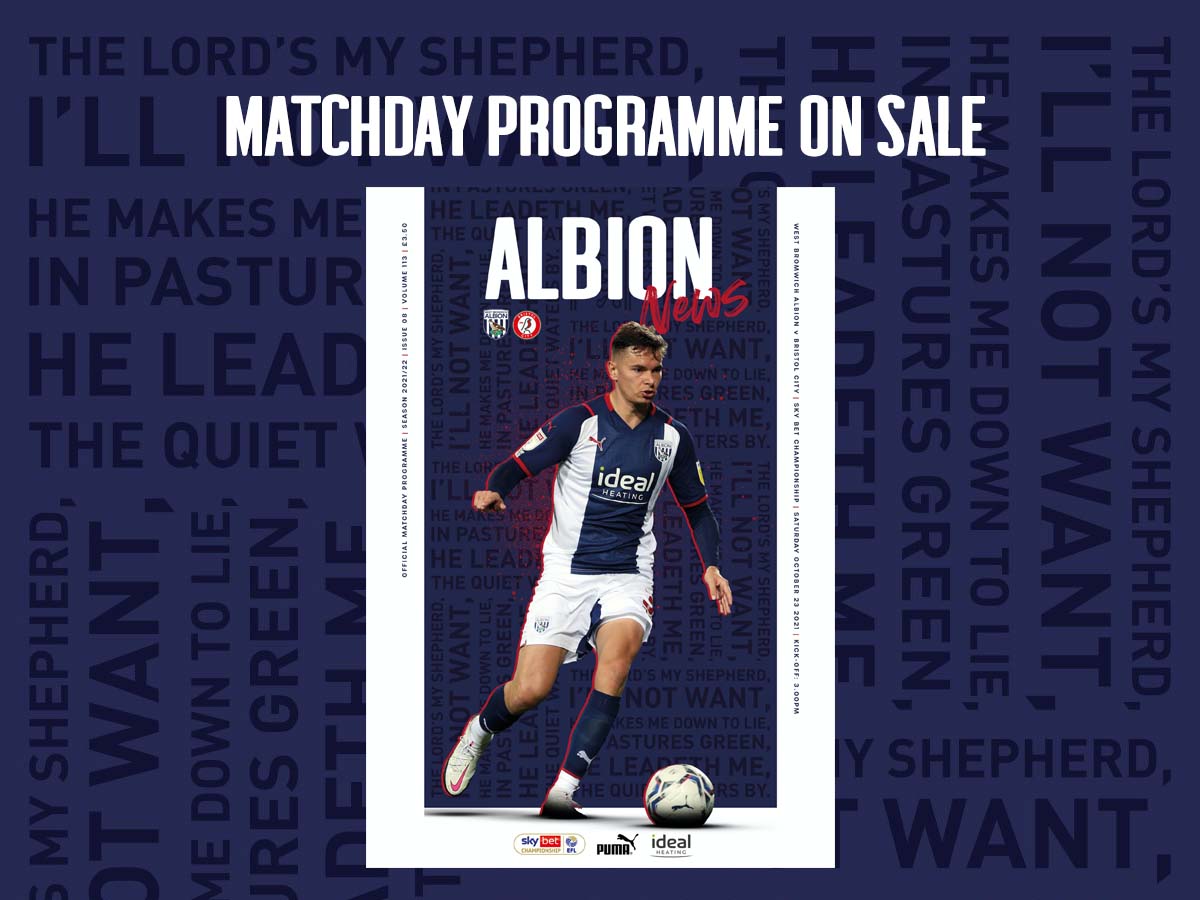 Wing-back Conor Townsend is the main interview in Saturday’s latest edition of Albion News, as the Baggies return to The Hawthorns to take on Bristol City.

The Hull City academy graduate discusses what’s been a mixed campaign for him so far having started out as a key creative outlet down the left flank for Valérien Ismaël’s men, before injuries to defensive duo Dara O’Shea and Matt Clarke saw him shifted into the back three.

While the 28-year-old admits he “missed out” on contributing to Albion’s attacking impetus when he moved from the wing to the heart of defence, Conor ‘Carlos’ - as he's fondly known by the Baggies faithful - is adamant he's prepared to play wherever he’s needed if it will aid his team-mates in their promotion push this term.

But after suffering just their second Sky Bet Championship defeat of the season at Swansea City, Townsend is pushing the Baggies to “shift into the higher gear” they're capable of when Nigel Pearson’s side make the journey up from the south west this weekend.

And focus is very much set on putting things right for the Hessle-born defender, as he targets another “winning run” before the next November international break - starting with a positive response on home soil against City.

Suspended skipper Jake Livermore has full confidence in his fellow Albion players ahead of watching Saturday’s game from the sidelines after picking up his fifth yellow card of the season on Wednesday night, as he further emphasises the importance of the fans in his latest column.

The gaffer’s latest instalment sees a variety of important topics discussed; from demanding a reaction from his side against the Robins, to his background and opinions on the club’s fight against racism as he reflects on Black History Month.

Albion News’ pullout poster celebrates Black History Month with past and present figures of the club’s history - representing the continued fight against discrimination in football.

And PL2 boss Richard Beale casts his views on the improvements made by the Albion youngsters who have consistently trained with the first team since the beginning of the campaign, with their performances benefitting his side’s high-flying start to the campaign.

Programmes will be available at several stalls in and around The Hawthorns on Saturday afternoon, and they can also be purchased from the Stadium Megastore, which is located outside the East Stand.