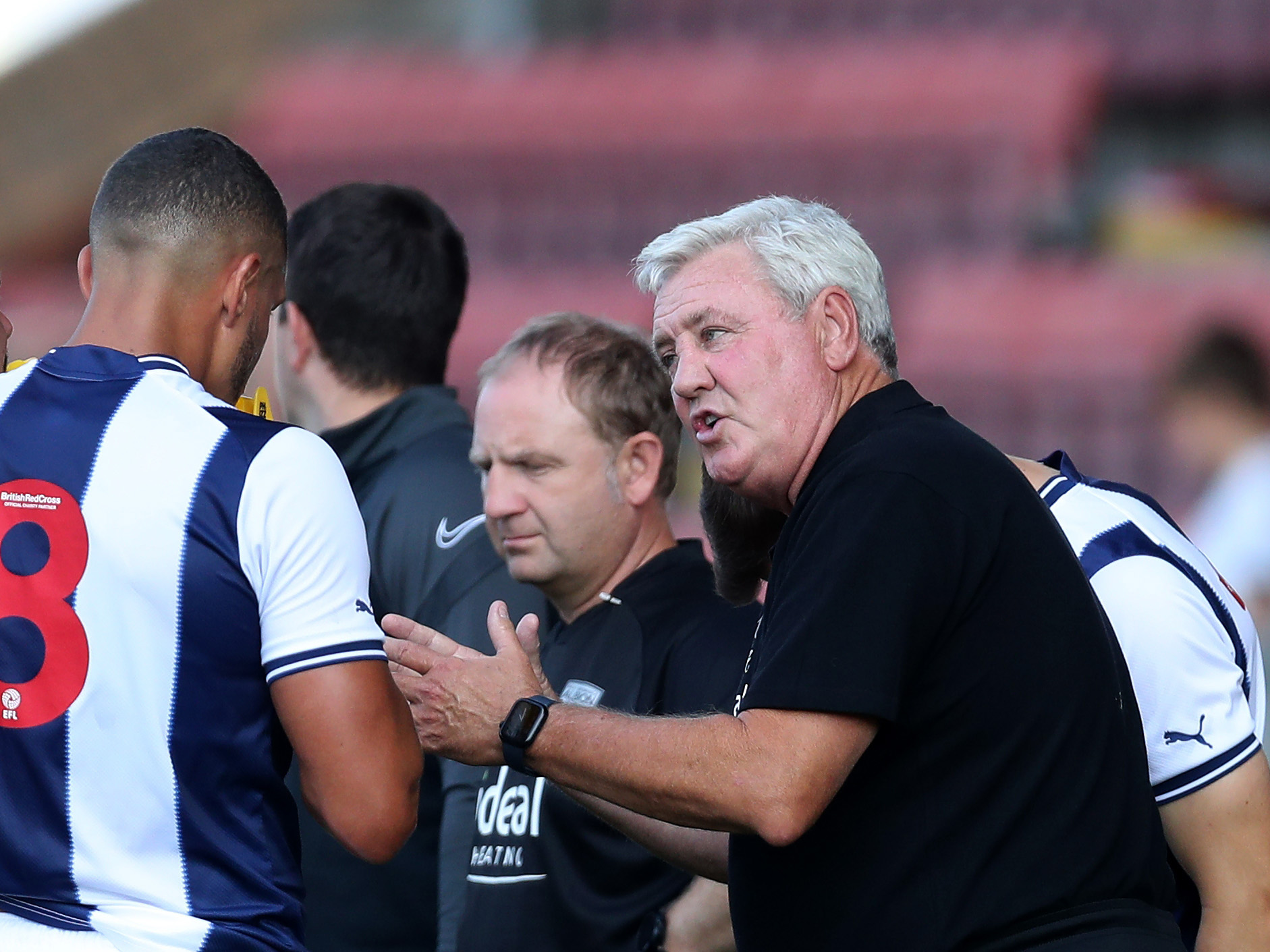 Steve Bruce says Saturday’s pre-season clash with Crewe Alexandra was another valuable workout ahead of the start of the Sky Bet Championship in just two weeks time.

Summer arrivals Jed Wallace and John Swift combined for Albion’s goal in the 1-1 draw at the Mornflake Stadium, with the latter on hand to bag his first in his new shirt.

Bruce used 17 players in total on a day where Albion dominated possession and chances, and the boss says his players must improve their conversion rates in time for the opener at Middlesbrough on Saturday, July 30 (ko 5.30pm).

He said: “In the first half I thought we were excellent in terms of the way we moved the ball.

“It’s a really hot day and the game became slower in the second period.

“Crewe dug deep and put plenty of bodies behind the ball and it wasn’t much of a spectacle in the second half.

“We’re gearing up to the first game of the season which is two weeks today, everything we are doing is preparing us for the trip to Middlesbrough.

“I saw little glimpses in the first 45 and that pleased me.

“We’ve got to improve our conversion rates. We’ve created plenty of chances once again today, just as we did on Wednesday at Northampton.

“We can’t keep creating chances and missing them because we can’t afford to be missing them when the Championship gets started.

“That responsibility falls to everyone too. Midfielders, defenders and wide players. We can’t just rely on our strikers.

“I was happy to see John Swift and Jed Wallce link up for our goal. It’s why they are here, to help us in attacking areas and to help us score more goals.

“We’ve had plenty of possession, but we’ve only scored one goal. They’ve barely had any of the ball and they’ve broken away once and scored. That’s how football goes, but I’ll be working with the lads on improving our conversion rates in front of goal, for sure.”