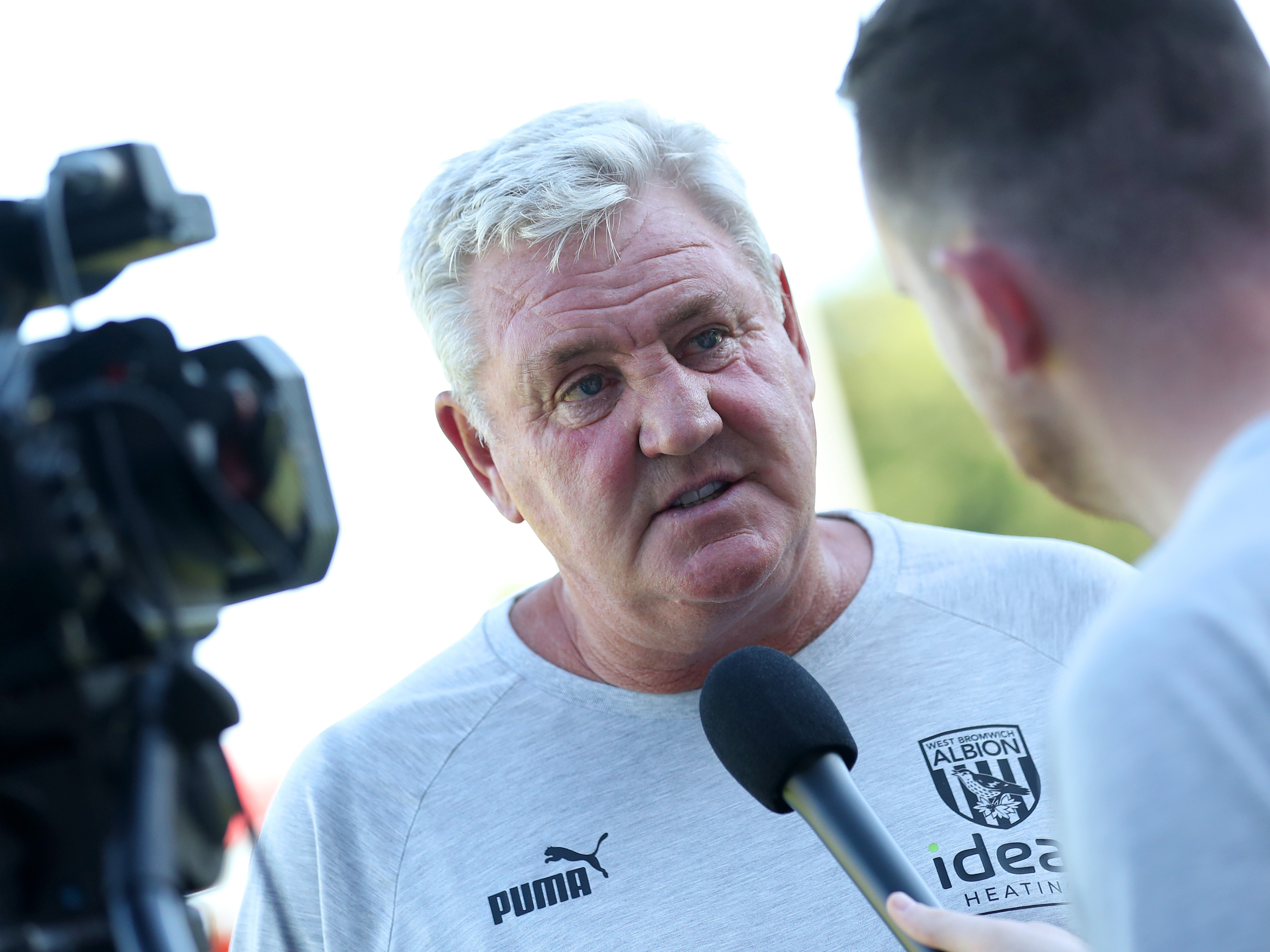 Steve Bruce was pleased to see his squad come through Saturday’s pre-season friendly with Stevenage unscathed.

The Baggies boss used 18 players at the Lamex Stadium in what was just the club’s second game of the summer.

The hosts won the practice match 2-0 thanks to second-half strikes from substitutes Luke Norris and Elliott List.

But Bruce says the main thing to take away from the trip to Hertfordshire is crucial minutes in the legs for a large proportion of his senior group.

Bruce said: “It’s good that all of our players have come through it without any problems, which is the main thing really, especially the ones who haven’t played much football recently because of injury.

“The likes of Dike and Zohore who’ve been out, as well as Mowatt who had an operation over the summer.

“I thought for about 65-70 minutes it was a case of only being a matter of time until we scored, but then we made a mistake and thankfully the result doesn’t matter.

“A lot of players have got a lot of minutes in which is the key thing today.

“We’ve worked really hard since coming back to training and there were a few tired bodies out there today, but that’s minutes in the tank for a lot of players.

“I was pleased with some of the fitness levels on show, but we can also see that some of the other lads need more minutes in their legs.

“I need to try and get minutes into them without overloading them and it becoming too much.

“The plan now is to give minutes to all of the players in the next three or four games to see where we are at.

“When we head into the Hertha Berlin game, I’ll have an idea in my mind of how we’ll start the season.”