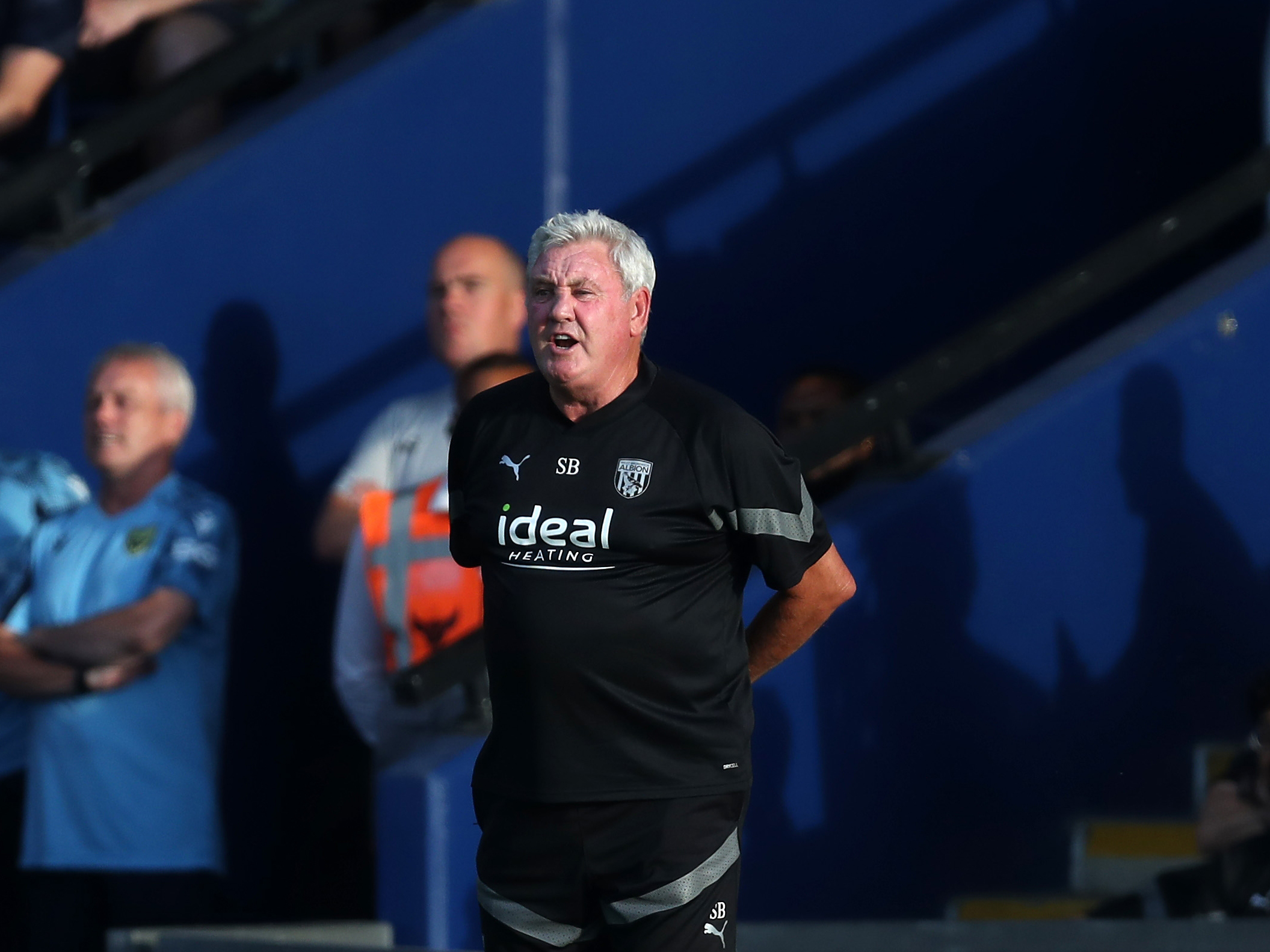 Steve Bruce believes Albion were able to settle into Tuesday’s pre-season clash with Oxford United once the scorching heat dropped at the Kassam Stadium.

Temperatures were nearly as high as 40 degrees in Oxfordshire as the two teams kicked-off, but the climate cooled to just below 30 degrees for the start of the second period.

And it was after the break when Albion sparked into life, scoring three times to secure a comfortable victory against their Sky Bet League One hosts.

Karlan Grant bagged a brace and an Oxford player turned the ball into his own net, with Bruce insisting it was a physically-demanding night for his players.

The boss said: “You could see the effect the heat had on the players in the first-half.

“It was obviously very, very difficult. It was around 38 or 39 degrees at kick-off time which is incredible.

“It was a typical friendly in the first 45, but once the temperature dropped a little bit and there was a bit of dew on the ground it was much better.

“We’ve nearly got to the end of pre-season and we’ve got just one game left before our season starts.

“We’re moving in the right direction, I think. The second-half was very pleasing.

“The challenge has been getting the lads to peak fitness but the lads have all come back at different levels owing to injury and recovery.

“We’re trying to get everyone up to the same levels and we’ve still got time to sort that out before Middlesbrough.”