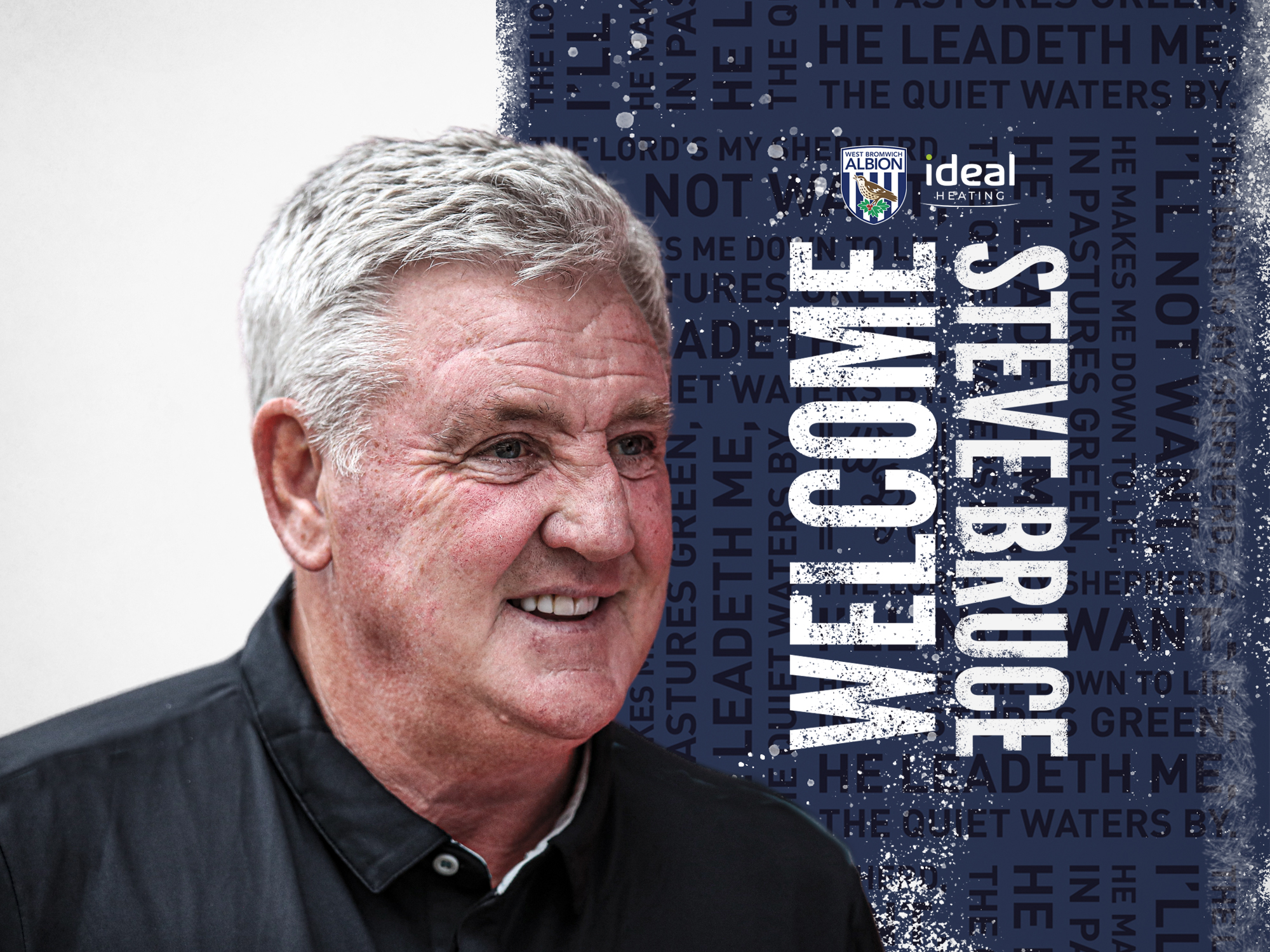 West Bromwich Albion Football Club is delighted to announce the appointment of Steve Bruce as its new Manager.

The experienced boss, who has four Premier League promotions to his name, has signed an 18-month contract at The Hawthorns.

Ron Gourlay, Albion’s newly-appointed Chief Executive Officer, said: “Steve is a highly-respected and experienced manager who has an impressive record of earning promotion to the Premier League.

“His excellent man-management skills, tactical nous, and ability to hit the ground running were among the many reasons we decided he was the man to take us forward.

“Promotion remains our objective for this season, and we are confident that with Steve leading the club we have given ourselves every chance of achieving that goal.”

Steve Bruce added: “I am delighted to have the opportunity to manage a club that has such great history and tradition. It is a club I obviously know well from my time in the Midlands, and I am already relishing the challenge of taking it forward.

“I did not envisage I would return to management this quickly, but once I got the phone call from Ron, I knew I could not resist the challenge of getting this club back to where they want to be.

“I am coming in with one aim and that is to get Albion to the Premier League.”