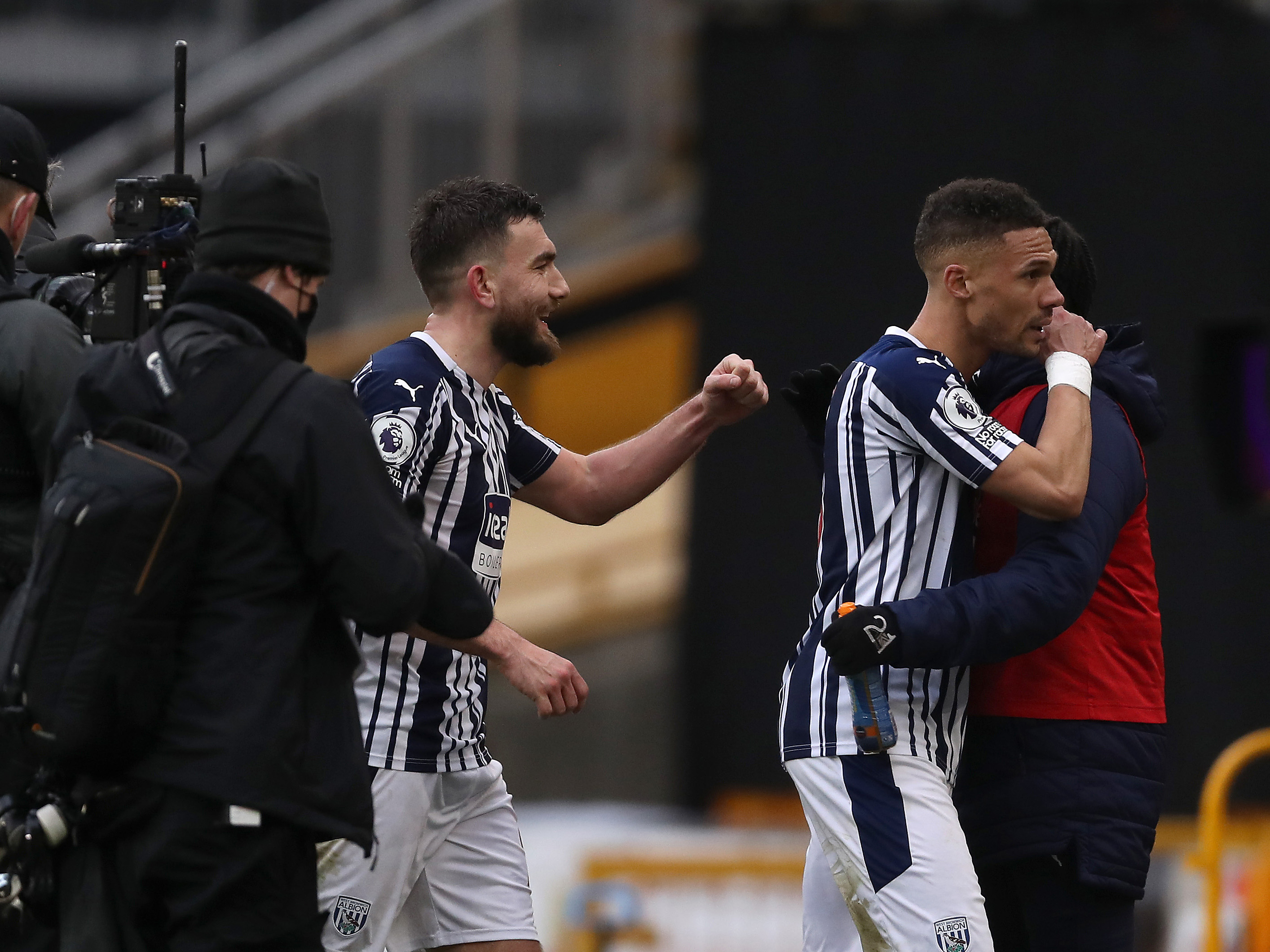 Robert Snodgrass says the most impressive part of Albion’s win against Wolves was the “fight, spirit and togetherness” on show at Molineux.

The Baggies recorded a hard-fought 3-2 victory in Saturday’s local derby thanks to Matheus Pereira’s pair of penalties and Semi Ajayi’s looping header sandwiched in between.

Snodgrass, who produced an eye-catching display on his Albion debut, praised the effort of his team-mates and the shape they kept to keep hold of three precious Premier League points.

The midfielder said: “It’s a superb win and a massive one for the team.

“We picked ourselves up after the game against Blackpool and dug deep.

“We went in front, went behind and then went in front again, but what impressed me most was the fight, the spirit, the togetherness.

“All the players and the staff in the dressing room were happy and the place was rocking, and that’s exactly what it takes to win football matches and be successful.

“This is hopefully the start of where we can go and set those standards. Sometimes you might lose and we can take that, but not without giving 110%.

“It’s a special day and I wish the fans had been in here but they’ll be enjoying this tonight and over the next few days I’m sure.

“The way we played in the first half was great, we created chances and the way we defended at times during the second half was unbelievable.

“A lot of the younger lads haven’t played many games in the Premier League and this league can be very unforgiving and ruthless, which is how the lads have found it at times this season.

“But the shape, the way we were so compact at times and broke out in numbers was great.

“It was great to be a part of that today but what impressed me most was the togetherness from the very off and after that whistle everyone joined together and were in for the fight.”